Film chosen from hundreds of entrants for a special presentation 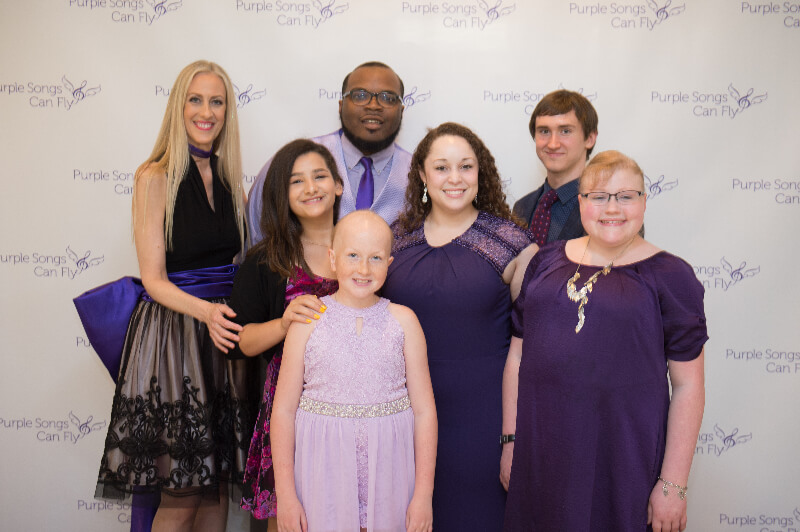 On Sunday, dozens of people braved the downpours in the Bayou City to view the WorldFest-Houston International Film Festival premiere of “Journey to Hope”—a documentary about the beloved song recording program for pediatric patients, Purple Songs Can Fly, at Texas Children’s Hospital.

Founded in 1961, WorldFest is the oldest independent film and video festival in the world according to Hunter Todd, the festival’s founder and CEO.

“We discovered Stephen Spielberg, two brothers from Austin—the Coen brothers—Ridley Scott, John Lee Hancock (writer and director of The Blind Side) and many more,” Todd said.

The film festival is also a competition and “Journey to Hope” won its opportunity to be shown.

“There were over 1,500 shorts and documentaries entered from 74 nations around the world and we picked this amazing film for a special presentation,” Todd said. “It is the first three-theater overflow film of the festival.”

The documentary features six Texas Children’s patients-turned-cancer survivors who found a reprieve from illness and treatment in the Purple Songs Can Fly recording studio.

The film, created in partnership with Texas Children’s and Side Yard Productions, allowed the children—Layla, Mia, Emily, Stephen, Dominic and Christian—to share their stories with a creative twist.

Each one took an inspiring pseudonym, such as Mira Calls and Ivan Idea, in a play performed at the Hobby Center last June that was filmed for the documentary. The cast rallied around a character called Vick Tory as he struggled to open up during his battle with cancer.

The performance offered perspectives on the emotional lives of children battling life-threatening diseases. The survivors shared stories of losing friends they had met at the hospital, losing their hair and losing the people they were before cancer.

In the end, hope prevails and helps the youngsters through their journeys with cancer as they support Vick Tory in finding his voice.

The documentary also featured Houston philanthropist Sue Smith and her husband, oilman Lester Smith, who died in March. The couple has long supported the mission of Purple Songs Can Fly.

“You need hope for things in the future, and with these children, Purple Songs can provide hope,” Lester Smith said in the film.

Purple Songs Can Fly creator Anita Kruse dedicated the screening him as well as to the cast members and her late father.