It all depends on the organ and the recipient 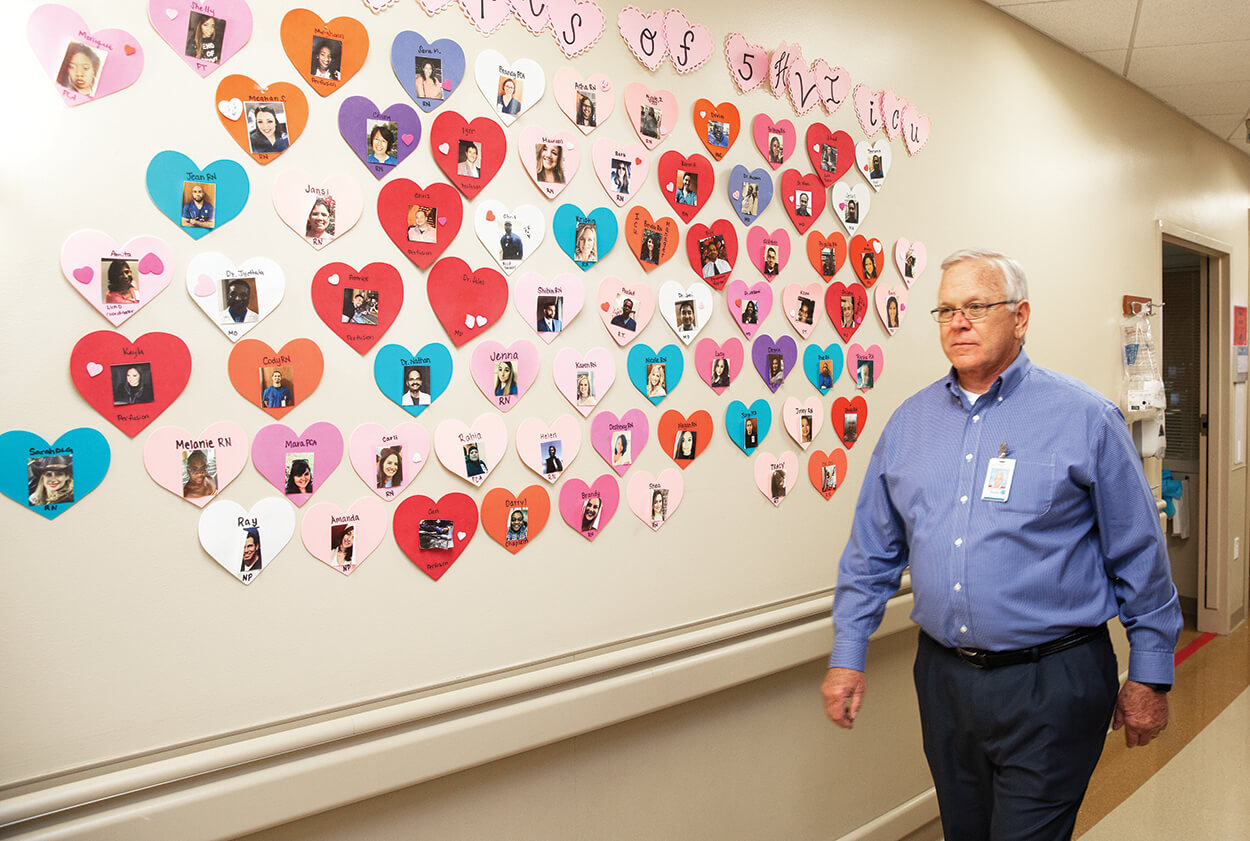 On July 7, 1990, Randy Creech got a second chance at life when he received a new heart. But the transplant came with an expiration date.

“I was sitting at home and I got a call from St. Luke’s Hospital,” Creech said. “They said, ‘A 19-year-old man has died in Amarillo, Texas, and we have a heart for you.’ All of the waiting had come to an end. The first thing that came to my mind was that I was about to head down a path that I couldn’t reverse.”

Months earlier, the otherwise healthy 40-year-old learned during a routine physical that he had an irregular heartbeat caused by a viral infection. Creech’s heart was failing and he was placed on a waiting list to receive a new heart on, of all days, Valentine’s Day.

“They told me if everything goes well, you’ll probably get about five years out of it,” Creech said, referring to his donated heart. “Five years sounded really good when they had just told me I had less than a year to live without a new heart.”

That was nearly 29 years ago. Creech is still living with the same donated heart.

At the time of Creech’s surgery, transplant surgeons were reinvigorated with hope for successful transplants because breakthrough anti-rejection drugs had been released into the market.

“In 1970, Dr. DeBakey stopped doing heart transplants because he believed the problem of rejection was so severe that it wasn’t the right time to do them,” said Ahmed Osama Gaber, M.D., director of Houston Methodist J.C. Walter Jr. Transplant Center.

After 12 unsuccessful transplant surgeries in two years, Michael E. DeBakey, M.D., halted transplant surgeries at Houston Methodist and turned his attention to the artificial heart. Fourteen years later, DeBakey resumed the program when he believed the cost and effort of organ transplantation was worthwhile for patient success.

In a 1984 New York Times article, DeBakey said: “With the advent of cyclosporine, the results of transplantation, heart transplantation, lung transplantation, as well as kidneys, have all improved significantly, and we should expect a five-year survival rate of better than 50 percent, dealing with patients at the terminal stage of heart disease.”

Cyclosporine, the first drug successfully used to prevent organ rejection, works by weakening a patient’s immune system to help the body accept a new organ. After cyclosporine was approved by the U.S. Food and Drug Administration in 1983, Gaber said, survival rates after transplant surgeries jumped from 55 to 60 percent after one year to 80 to 85 percent after one year.

Creech, who has lived six times longer than projected, is something of a walking miracle.

“[Doctors] are always looking backwards to get their numbers and, at a point, they didn’t have very far to look back so their numbers were conservative,” Creech said in reference to his own projected survival with a donated heart. “Now, doctors say different things, but they will say about 10 to 12 years for survival.”

There is no particular, built-in time that a donated organ should stop working, said R. Patrick Wood, M.D., executive vice president and chief medical officer of LifeGift, the not-for-profit organ procurement organization that recovers organs and tissue for individuals needing transplants in Texas and beyond. The long-term survival rate, he added, varies from organ to organ.

“When I started in 1984, our expectation was that very few people [receiving donor organs] would survive,” Wood said. “That has completely changed and now the expectation is when a patient is transplanted, they will not only survive, but they will survive long-term and have an excellent quality of life. That is because of improvements in the surgery, but also because of improvements in the medication that prevents rejection.”

Still, there is a long way to go in terms of increasing the longevity of transplanted organs beyond 10, 20 and 30 years.

“This is one of the main reasons why we need more research in transplantation,” Gaber said. “In my opinion, the organ that we transplant is in a very unusual, hostile environment.”

Organs are typically harvested from people who have died from brain death—individuals who have fallen or been involved in car accidents. The organs are harvested from the donor’s body, put in a cooler, transferred by car or plane and then transplanted into a patient who is already compromised by their original disease. Once the organ is transplanted, the recipient’s immune system must cope with this foreign entity.

“The organ goes through a whole cycle of injury from the minute something happens to the donor to the end of the organ’s life in the recipient,” Gaber said. “It is not unusual, but it is actually a miracle that we get so much survival with these organs.”

“We are not able to calculate the half-life of a liver. It lasts longer than all of the other organs because liver cells regenerate,” Gaber said. “The half-life of a lung is shorter because it has many different elements and it is constantly exposed to the elements. It is in the vicinity of seven years. And the heart is in the teens—12 or so years.”

“The half-life of a living donor transplant kidney is 21 years,” Gaber said. “If you take the same age donor and everything else from a cadaver kidney, the half-life is nine years.”

Behavior and adherence to a treatment plan also help determine how long a patient can live with a transplanted organ.

Today, Creech takes only one of the three immunosuppressant drugs typically given to transplant patients, but ever since he received his transplant, he has worked to adhere to the guidelines his doctors gave him.

“You are immunocompromised when you have a transplant and you have to be on guard about that,” Creech said. “If a person who is immunosuppressed gets a temperature or they have a cold, they can’t just wait to see if they get over the cold. They have to call a doctor. In my experience, it is not that you catch so many infections or diseases, but the few you do catch, they can progress really quickly. I try to stay on top of all of that. … If I have a temp or a sinus infection, I go to the doctor; I don’t just think they will get better by themselves. Living with the immunosuppressant drugs, you have an increased risk of getting all kinds of things.”

Because the immunosuppressant drugs are so toxic, they can lead to cancer, kidney failure and death in transplant patients.

“The great thing is, we can, through research, learn how to rejuvenate, resuscitate and regenerate these organs. That is really the new thing in transplantation,” Gaber said. “We have so much happening in the lab. We are doing studies on using stem cells to rejuvenate these organs. We have tolerance studies in the clinic and in the lab where we are trying to get people to not take immunosuppression. We give them radiation and after six months, if they are still stable, you take them off the radiation. The radiation is supposed to prevent rejection.”

In the nearly three decades since his heart transplant, Creech has seen both of his children graduate from college, receive graduate degrees, marry and have children of their own. He and his wife, Linda, have traveled the state of Texas watching their seven grandsons compete in nearly every sport imaginable. Three of those grandsons have gotten married, so Creech is hoping for a great-grandchild soon.

He is often asked if he ever thinks about his heart transplant.

“Of course I think about it. And if I forget, I have an alarm that goes off every day to remind me to take my medicine,” Creech said.

“It means a lot to me to help these patients,” Creech said. “It took me years to find my donor’s family and now we send them flowers every year on the week their son died and we send them a Christmas gift every year. Perhaps, part of the reason I feel so attached to the family is that at the time of the accident, Aaron Stitt, my donor, had just finished his freshman year of college at Oklahoma State. He was 19 and he had so many parallels to my own son who was the same age and had just finished his first year of college.”

The donors are the real heroes, Creech said.

“Without them,” he said, “none of us get to count years at all.”

By John Martinez May 8, 2017
Survivor Stories