How an electrical shock to the nose treats dry eyes

How an electrical shock to the nose treats dry eyes 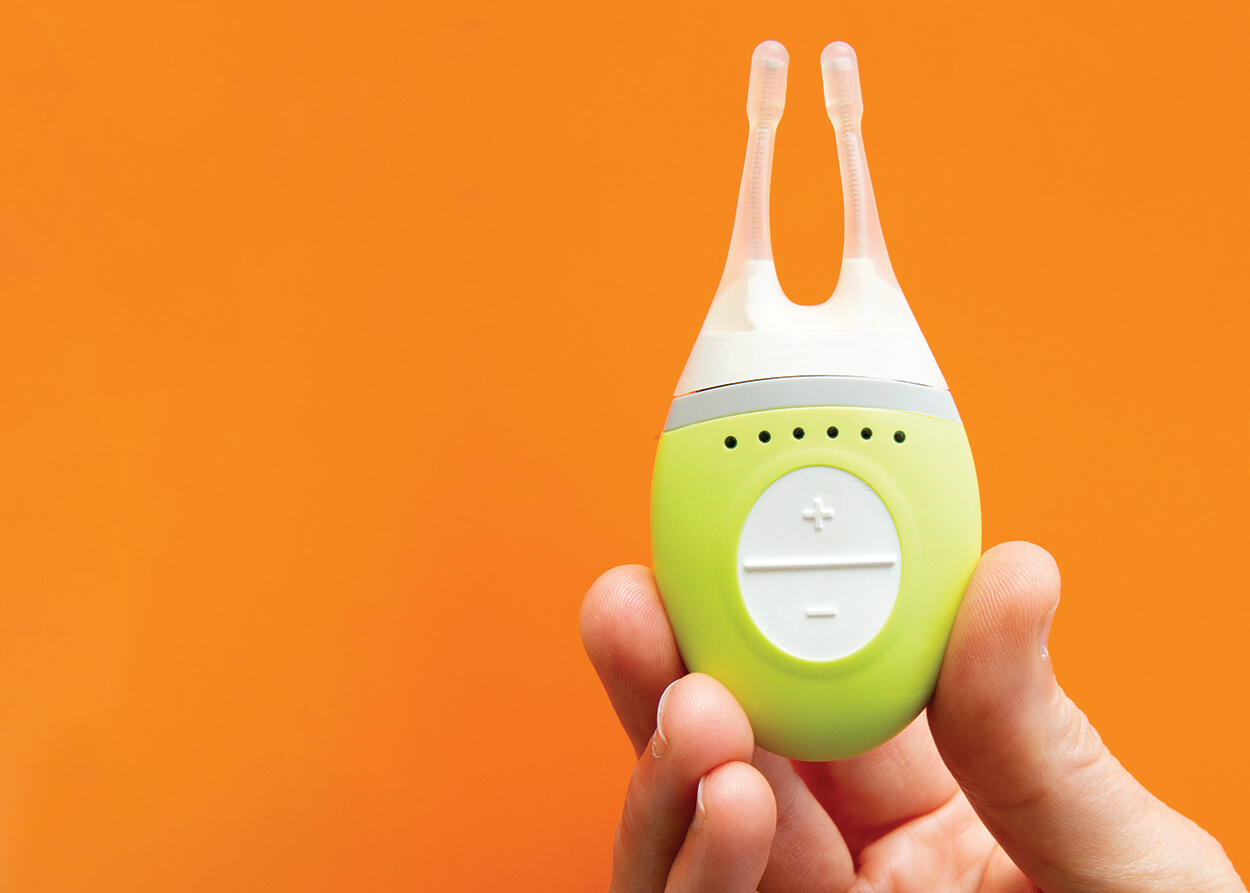 TrueTear, launched by pharmaceutical giant Allergan in 2018, provides a drug-free, drop-free treatment to the common eye problem. After inserting the device into the nasal cavity, a patient pushes a button to release a pulse of electricity that stimulates a nerve inside the nose. That signal is sent to the brain, which alerts the glands around the eyes to generate tears. This trigger is comparable to the way sniffing onions can cause a cook’s eyes to water, said Stephen Pflugfelder, M.D., an ophthalmologist at Baylor College of Medicine.

Dry eyes are a common problem for contact lens wearers, people who work in front of computers all day and frequent flyers—thanks to low humidity levels on airplanes. TrueTear can help patients who still have the physical ability to produce at least some of their own tears, which are far better for the eyes than artificial tears, Pflugfelder said.

“It turns out that tear fluid has hundreds if not thousands of factors—mucus, antibodies, things like that—so it would have more of a healing potential for the eye to coat it with these natural molecules,” he said.

Some of Pflugfelder’s patients are skeptical of the device initially, but they warm up to it once they try it a few times. He estimates about 30 of his patients are using TrueTear and he believes even more would if it was more affordable. Allergan described the price of TrueTear as “variable,” since physicians buy it from the company and set the price for patients. Pflugfelder said the device costs more than $1,000 and generally isn’t covered by insurance.

This spring, Pflugfelder will begin a clinical trial to determine if TrueTear can also aid with production of mucus cells in the eye, which help maintain the stability of tears.