There are complementary victories in medical challenges and health innovation 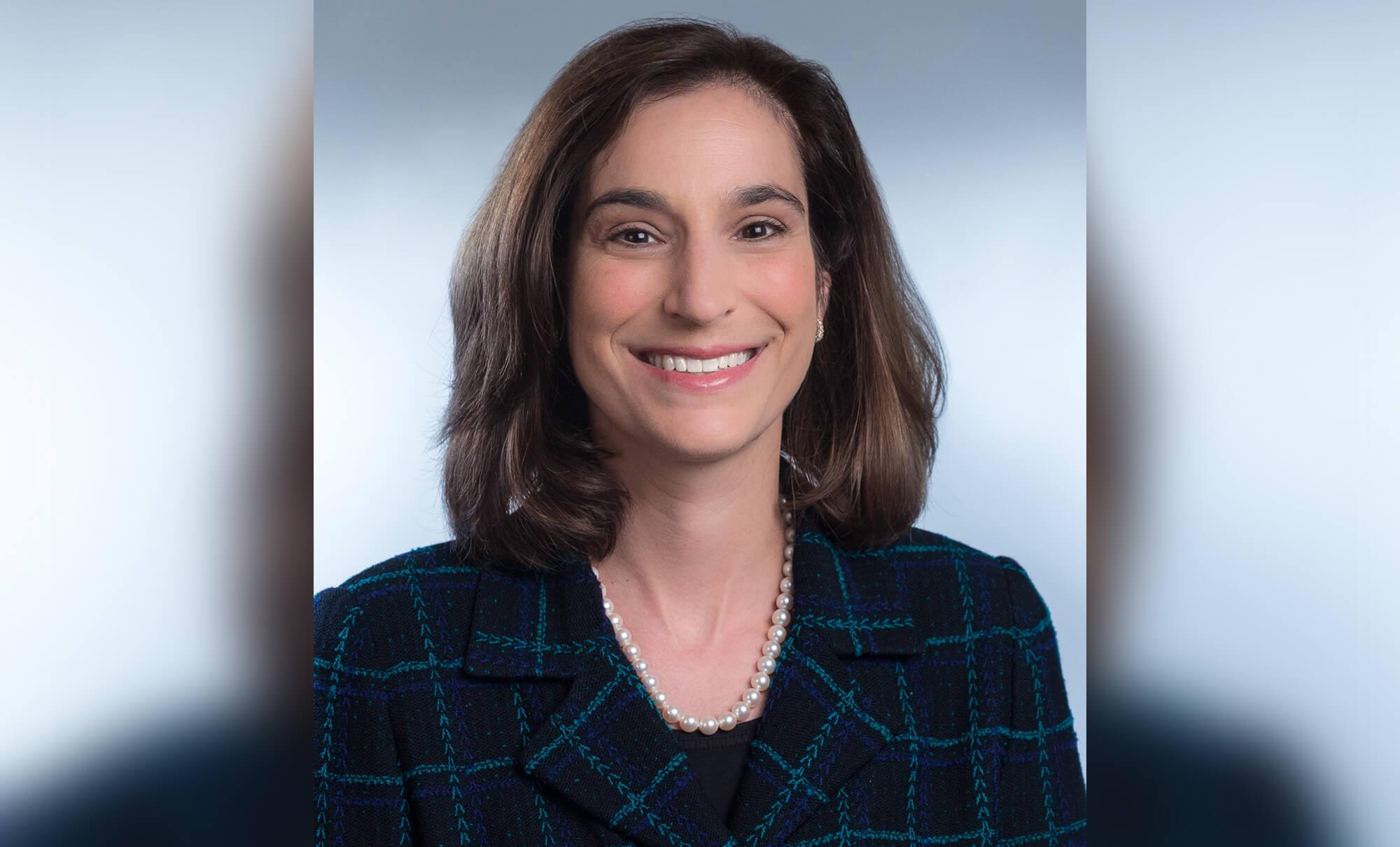 Roberta Schwartz always knew that she wanted to work in health care. She built a career with roles in health insurance, in the Clinton Administration working on health reform and at the Mount Sinai School of Medicine in New York (now the Icahn School of Medicine at Mount Sinai). Schwartz serves as the chief innovation officer at Houston Methodist Hospital, where she has worked for nearly two decades. She now leads the Houston Methodist Center for Innovation, the research and development team driving new technologies at the hospital.

Q | You said that you’ve “only ever wanted to do health care.” What made you choose this specific career path?
A | My great uncle started working in hospitals right at the time of the Great Depression. He was a billing clerk at the Health and Hospitals Corporation and spent his whole career in New York there. He retired as the head of [human resources] and payroll. I had a stepfather who was a physician.

More influentially, I started candy striping when I was 13 years old at a hospital outside of Pittsburgh.

I just fell in love with hospitals, but never really wanted to be a doctor. It was not a road I wanted to go down. That got confirmed when I was volunteering in hospitals in New York City while in college. I was in a trauma facility and a series of trauma patients rolled in.

Q | In your 18 years at Houston Methodist, what has changed and what has remained the same?
A | What’s remained the same over the course of my 18 years and long before me is the absolute dedication to the patient and putting patients first. We’re, at our roots, a hospital system. Now, we’ve grown to have a physician organization, a research institute, a physicians alliance for quality, a center for innovation. We’re here to cure the patient. We’re here to make patient care more accessible. We’re here to make your access to physicians better. We’re here to create digital experiences that make it easier for you as a patient. We create training academies to teach our staff how to do a better job in taking care of the patient. No matter what part of the institution has grown, it is always tied back into this center of the patient.

In the recent era, what you’re seeing is transformation and innovation in all parts of the health care industry. Part of it is these new technologies that have become available and part of it is the recognition that we, as an industry, need to transform ourselves to become much more consumer-friendly, less expensive, provide things for people in the way they want them, how they want them and when they want them.

Q | How did the Center for Innovation at Houston Methodist start?
A | Many of us at the hospital [in different departments] were all doing our own innovation. We said, ‘Let’s just start meeting.’ The beginning was almost like a journal club. We set up a committee and ordained ourselves on the invitations as the committee for the Digital Innovation Obsessed People, or DIOP for short. DIOP was born a little over a year ago. Officially, March 2018.

The group was about half operational people and half IT people.

One of the tenets of DIOP was: Succeed fast and fail fast. We would try things; admit that failure was no longer bad. There were things we had to try—like whether artificial intelligence in the emergency room was ready, whether stick-on vital sign monitors were ready for prime time. We had to push that envelope and not be afraid.

Q | The Center for Innovation was officially born at the end of 2018 and has launched several initiatives including CareSense (an automated patient education program that sends texts, emails and resources before or after surgery), BlockIt (a scheduling tool for patients) and virtual urgent care. What would you say is the Center for Innovation’s mission?
A | Many of these projects started before we began the Center for Innovation. Each person was working on their own. Now, we’ve been able to hyperdrive many of the projects and coordinate. It allows projects to move much more quickly and much more seamlessly through the system. Our goal is to transform the way consumers and patients interact with the physician and the hospital to make it easier for consumers and staff to do what they need to do to either interact with the hospital or do their jobs at the hospital.

Q | You were diagnosed with stage 1 triple negative breast cancer at a young age. Tell me more about that.
A | In 1997, I was diagnosed with breast cancer at the age of 27. It was an unusual finding in that it was caught by an OB-GYN who sent me to a surgeon. He thought it was just a benign growth that he needed to take out and it was diagnosed, unexpectedly. I have no family history [of breast cancer]. It was an aggressive breast cancer. I did a series of surgeries and, unable to finally get the cancer out, we did a mastectomy and followed that with six months of chemotherapy.

I feel very thankful to be living at this point. Unfortunately, the breast cancer in young women has a very high mortality rate as the cancers are generally more aggressive and there are less screening tools to catch them at a young age. Mine was caught, thank God, very early. I’ve lost many friends who were diagnosed around that time to the disease and, therefore, feel like it’s incumbent on me to live every day—not only for the blessings I’ve been given by being alive—but in their stead because they count on us to carry forward the things they started.

Q | How did your personal experience battling breast cancer influence your career?
A | I set on this career path when I was 13. I never wavered from it, but it gave me a very personal inside look at the health care system in a way that other people didn’t have—from the people I interacted with in the offices and meeting other patients who all had a different way of experiencing the same trajectory and different ways of handling it. Everyone is unique in the way they interact with the health care system, and I think that’s what brings me to what’s going on in innovation. It’s this ability to personalize the experience in a way that works for you. And I love that about this time in our evolution of health care. It’s going back to the things that I noticed on my journey.

Q | You co-founded the Young Survival Coalition in 1998 to unite young women who were diagnosed with breast cancer when they were under the age of 35. What brought you and the other co-founders, Lanita Moss and Joy Simha, together to start the organization?
A | What we found was that there was a deep need out there for young women in disparate communities who were alone to connect with one another. It wasn’t so rare to have a breast cancer diagnosis under 40. No one talked about it. Whenever I went into a doctor’s office, they ushered me very quickly out of the waiting room into another room because it freaked people out that it wasn’t my mother they were taking back—it was me. It was interesting how quickly they got me out of a waiting room.

For young women, it was really hard to find each other, so we started to recognize how important it was to connect. We were able to use the internet and chat sites to start connecting with young women. When we found more, we started having in-person meetings and conferences.

All the [research] studies were done on post-menopausal women. We said to a community of researchers, ‘You won’t do the studies on young women because you say you don’t have enough of them. Well, we’ve gathered the young women. Don’t tell that to us. Just tell us what study you’re opening and when you’d like us to have the young women there.’”

We were able to do advocacy, studies and work with physician colleagues. One of our early goals was to teach OB-GYNs to never say to a woman, ‘You’re too young for breast cancer.’ There were things that we found early on that all of us young women had in common.

Q | Reflecting on your battle with breast cancer and looking toward the future as the chief innovation officer at Houston Methodist, what parallels do you draw from those experiences?
A | Most people in this organization and in this journey that we’re on would tell you that I’m pretty unflappable. I can calmly move forward in a land that is sometimes messy and just keep moving forward one step at a time. I did that in my personal life to make it through—whether it was cancer or now with my special needs child or the journey with innovation. There is no roadmap for where we’re going as an industry and where this hospital is going to go down the road of innovation, but we’re putting one foot in front of the other and not being scared to continue to move forward.