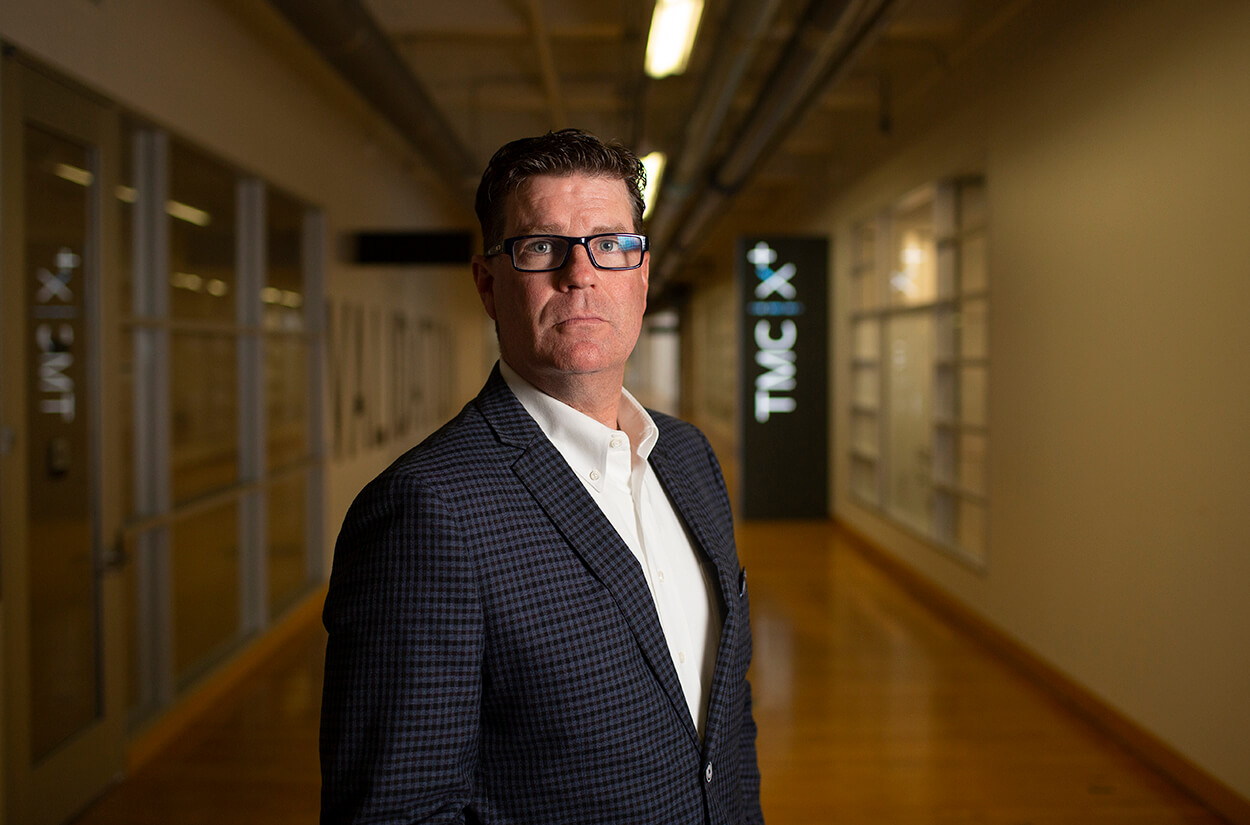 Thomas Luby, Ph.D., seemed destined for a career in health care. As the son of pharmacists, Luby practically grew up in the back of the New York pharmacy his family owned. He studied biology as an undergraduate, but things didn’t go exactly as he planned.

Originally, he hoped to become a high school biology teacher. “Then I realized I liked working in the lab way too much,” Luby said.

Instead, he earned a doctorate in immunology from Tufts University and spent the rest of his career on the cutting edge of the pharmaceutical and medical device sector. Now, he’s bringing that expertise to his new role as director of the TMC Innovation Institute, the Texas Medical Center’s effort to support the development of breakthrough medical technologies. It’s a role he sees as critical—not just to the future of Houston, but to the future of medicine.

“I don’t think big corporations will be the innovators,” Luby said. “Startups are the ones who find the solutions that eventually benefit patients.”

Luby comes to the TMC Innovation Institute from his office just down the hallway where, since 2017, he’s led JLABS @ TMC, the Johnson & Johnson Innovation incubator housed at the Texas Medical Center. JLABS @ TMC, the largest JLABS facility in the United States, provides startups with the infrastructure they need to build and test state-of-the-art medical technology.

Luby never expected to be a major force in the innovation efforts of America’s fourth-largest city. During a lengthy career in research and development and business development with Boston-area biotech startups, Luby never visited Houston, except for airport layovers. But he says he is embracing his role helping to develop Houston’s startup ecosystem.

“My role at JLABS has allowed me to see the commitment and investment that TMC is making,” Luby said. “If you’re a startup health care company, you have a better chance of being successful if you’re here in Houston.” Luby takes the reins of the TMC Innovation Institute at a time of rapid expansion.

The institute now includes the TMCx accelerator— currently in the midst of its eighth cohort of startup companies—along with JLABS, Johnson & Johnson’s Center for Device Innovation, the AT&T Foundry for Connected Health, the TMCx+ incubator and coworking space, the TMC Venture Fund and the soon-to-launch TMCxi space.

“We’ve benefited from the work that’s already been done, building these programs up from scratch,” Luby said. “Now is the time to pull it all together.”

A top priority for Luby will be working with startups and corporate partners to provide them with a “seamless, integrated experience” as they interact with the multiple components of the TMC Innovation Institute. “We’re going to create an experience where, when a startup walks through the door, we’ll be able to help them get to the place they need to be,” Luby said. “It will be service and an experience they’ll see nowhere else in the world.” And, he said, the TMC Innovation Institute will work not just with companies, but also with individuals who have bold ideas and are seeking help starting up new businesses.

“Tom Luby is an outstanding individual and his proven track record working with startups in Boston and within the walls of JLABS @ TMC will serve him well as he leads us through the next evolutionary phase of the TMC Innovation Institute,” said William McKeon, president and CEO of the Texas Medical Center.

Luby is joined by Lance Black, M.D., who recently became the associate director of the TMC Innovation Institute. Black, who also has an engineering degree and served in the U.S. Air Force, has spent the past two years as the Institute’s medical device lead, working with companies that went through the TMCx accelerator.

Luby’s long-term goal is to see more startup capital invested in early-stage companies in Houston. And he believes it’s critical that more major health care companies establish significant footprints in Houston. “We’re proud of the community of startups in the medical device world we’ve helped to build,” Luby said. “Houston is now really being seen as a place to be.”