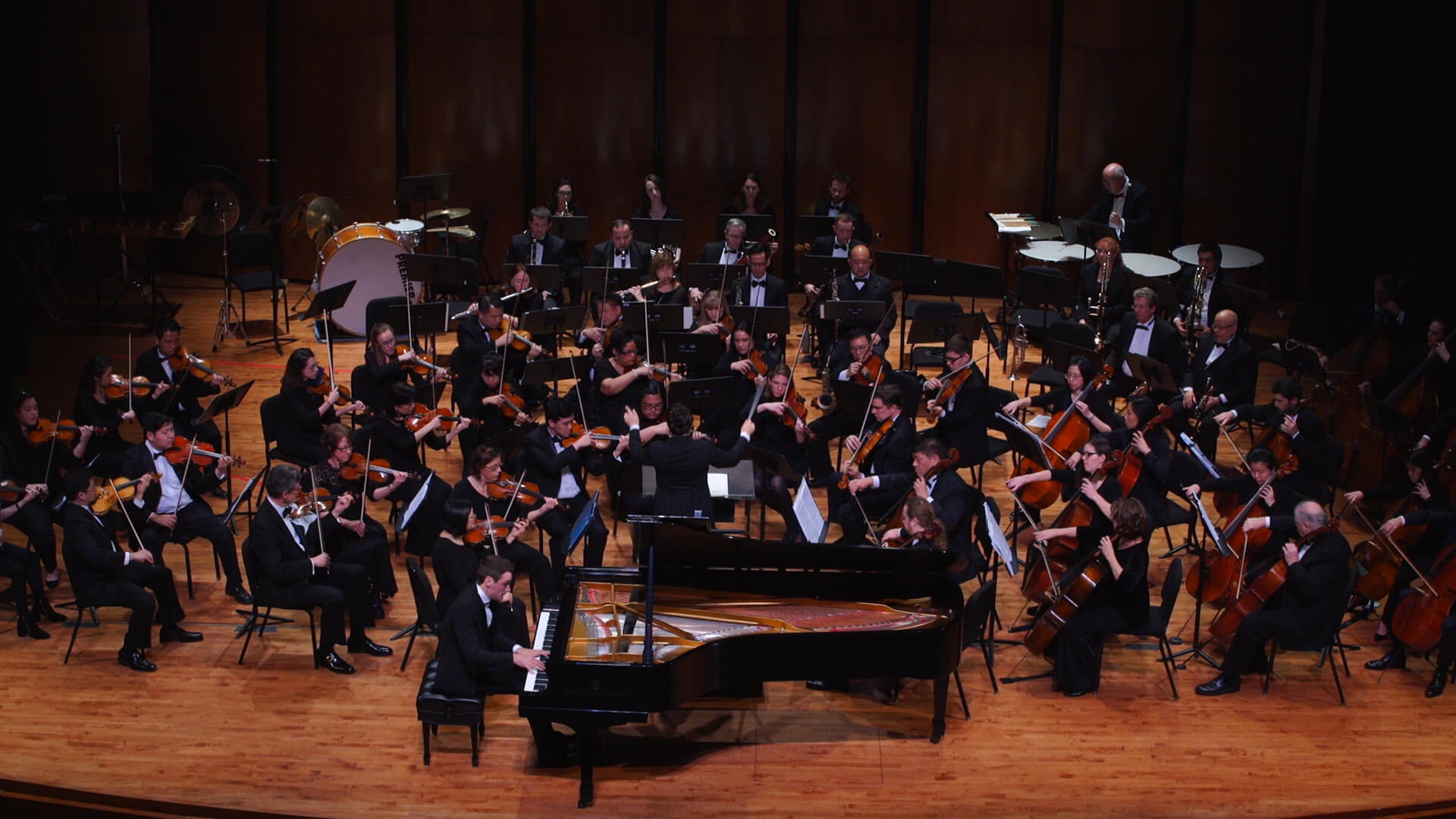 Listen to the music in the video and read on about the award-winning Houston orchestra based in the world’s largest medical center.

The physicians and other health professionals who comprise the Texas Medical Center Orchestra (TMCO) completed their latest performance—”From Russia with Love”—this month at Zilkha Hall in The Hobby Center for the Performing Arts. They are rehearsing now for their next concert this spring.

“This is an absolutely quality orchestra and we want to get the secret out,” Executive Director Ken Sebek said. “Medical professionals have inherent talents, their intensity and focus, that lend themselves so much to classical music. They are working much more than 8 to 5. They’re focused on the health of humans and to make the world better and healthy, so this is a chance for them to release some of this inherent pressure they have in their day-to-day lives and enjoy themselves.”

“From Russia with Love” featured works by Russian composers Nikolai Rimsky-Korsakov, Pyotr Ilyich Tchaikovsky and Sergei Rachmaninoff punctuated by piano solos from Artem Kuznetsov, who also was born in Russia.

The orchestra is rehearsing for a May 11 concert at 6 p.m. at Zilkha Hall featuring Symphony No. 3 by Austrian composer Gustav Mahler.

Founded in 2000 as the Doctors Orchestra of Houston by Russia-born Libi Lebel, the Texas Medical Center Orchestra is one of the few community orchestras in the United States based in a medical environment with health professionals as musicians. Lebel remains the artistic director. The current concertmaster is Grace Lee, M.D., a pediatric dermatologist at Texas Children’s Hospital who is also a Baylor College of Medicine faculty member.

The TMCO performs concerts in the Crain Garden lobby of Houston Methodist Hospital, in various locations in the Texas Medical Center as well as in premier concert halls in Houston. The orchestra also contributes to the community through donations to the National MS Society, which supports multiple sclerosis research, and has performed free concerts for tens of thousands of Houstonians. As a 501(c)(3) organization, TMCO welcomes support from individual and corporate sponsors. The orchestra can be reached at tmcorchestra.org or 832-321-TMCO (8626).