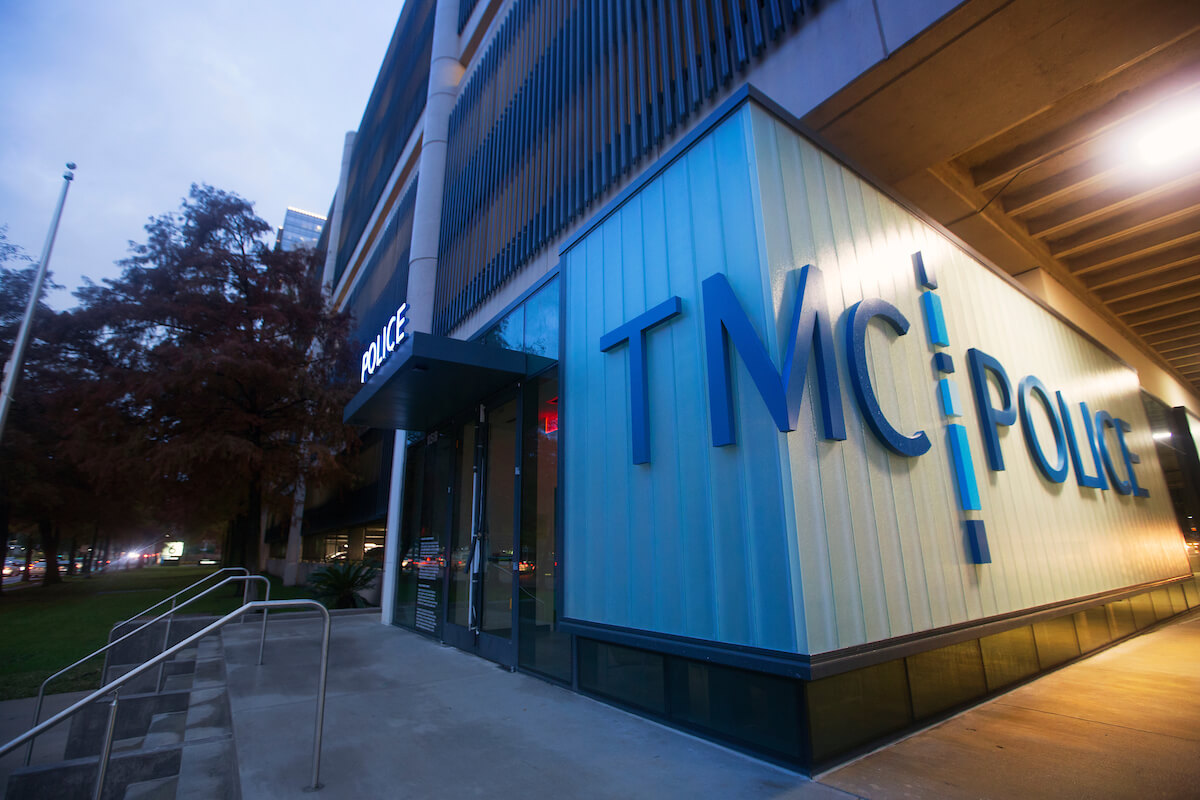 The Texas Medical Center Police will relocate to a new, centrally located headquarters this week in order to better serve the growing TMC community.

The new facility, located at the corner of Bertner Avenue and Holcombe Boulevard, brings the TMC Police into the core of the medical center. The department was previously headquartered about a mile away at TMC’s  John P. McGovern campus, near the eastern edge of the medical center. The new headquarters is located in a renovated space that was previously used as a parking office.

“It was important to us to have a police station located in the heart of our campus,” said TMC President and CEO William “Bill” McKeon. “This facility will allow our police and security officers to continue serving the hundreds of thousands of people who visit our campus every day.”

The move coincides with TMC’s continued investment in strengthening the police department to provide a more secure campus. The station include briefing and training rooms, modern dis-patch equipment and space for police and security officers to write reports. Backup generators will allow the station to continue to function during emergencies.

The project also includes improvements that make Bertner Avenue—which passes under a garage—more inviting to pedestrians. The side of the police station is outfitted with LED lights, and additional lighting is planned for the ceiling above the sidewalk. A right-hand turning lane was removed from Bertner Avenue, allowing for an expansion of the pedestrian area outside the police station.

“This is a major corridor, not just for automo-bile traffic, but for pedestrians and bicyclists, as well,” McKeon said. “These changes will make the street safer and more comfortable for everyone who uses it.”