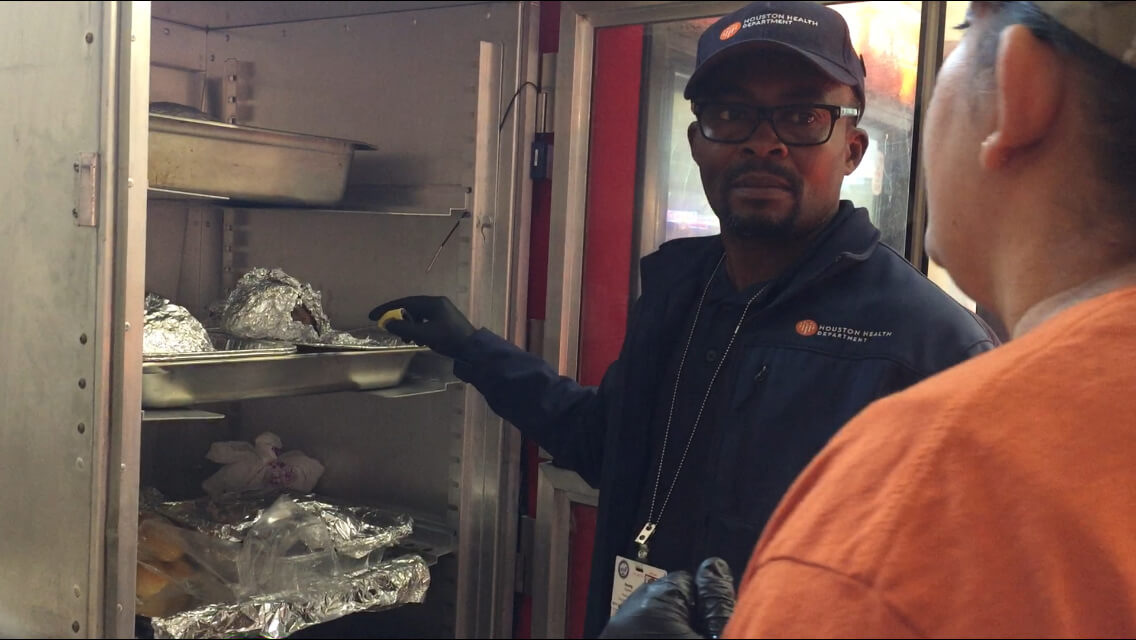 To ensure that there’s nothing but fun in the funnel cake and other treats at the Houston Livestock Show and Rodeo, health inspectors are working behind the scenes, testing and checking the food for sale.

With plenty of carnival treats—turkey legs, piles of fried foods and just about any confection or savory scrumptiousness you can imagine on a stick—there are also traditional restaurants who set up their kitchens under tents and other makeshift service areas to sell to rodeo enthusiasts.

RodeoHouston hit a total attendance record of more than 2.6 million people in 2017 and more than 1.6 million have passed through the gates so far this year.

That’s a lot of hungry folks.

“Most of things you may find in a regular establishment, you may not find out here,” he said. “At the same time, we still make sure we observe all the sanitary conditions as is required.”

Wearing a Houston Health Department ballcap and jacket, Isong is one of a small army of inspectors who rotate among the food units across NRG Park throughout the rodeo’s three-week run.

On a recent stretch of visits, Isong inspected three vendors who were serving from stands inside NRG Arena: a smokehouse, a cinnamon roll shop and another meat business.

In making his rounds, Isong introduced himself as a health inspector and began each time by checking the vendor food service license posted against the number on his list.

After confirming he’s in the right place, he pulls on some gloves, flips out his food thermometer, cleans the probe with an alcohol wipe and begins to measure the temperature of food on the lines and in warming cabinets.

When there’s running water, he makes sure it’s hot enough to thoroughly clean pots and utensils. When there’s not, he checks the three-bucket assemblies used for sanitizing.

At one place, he reminded the vendor to change the cloudy water where a sour cream scoop was stored.

“We show up every day until the rodeo closes,” Villarreal said. “Each of the roughly 160 booths will get inspected about three times through the length of the rodeo run.”