“Journey to Hope” documentary will be screened at 3 p.m. on Sunday, April 7 at Memorial City Mall Cinemark Theatres 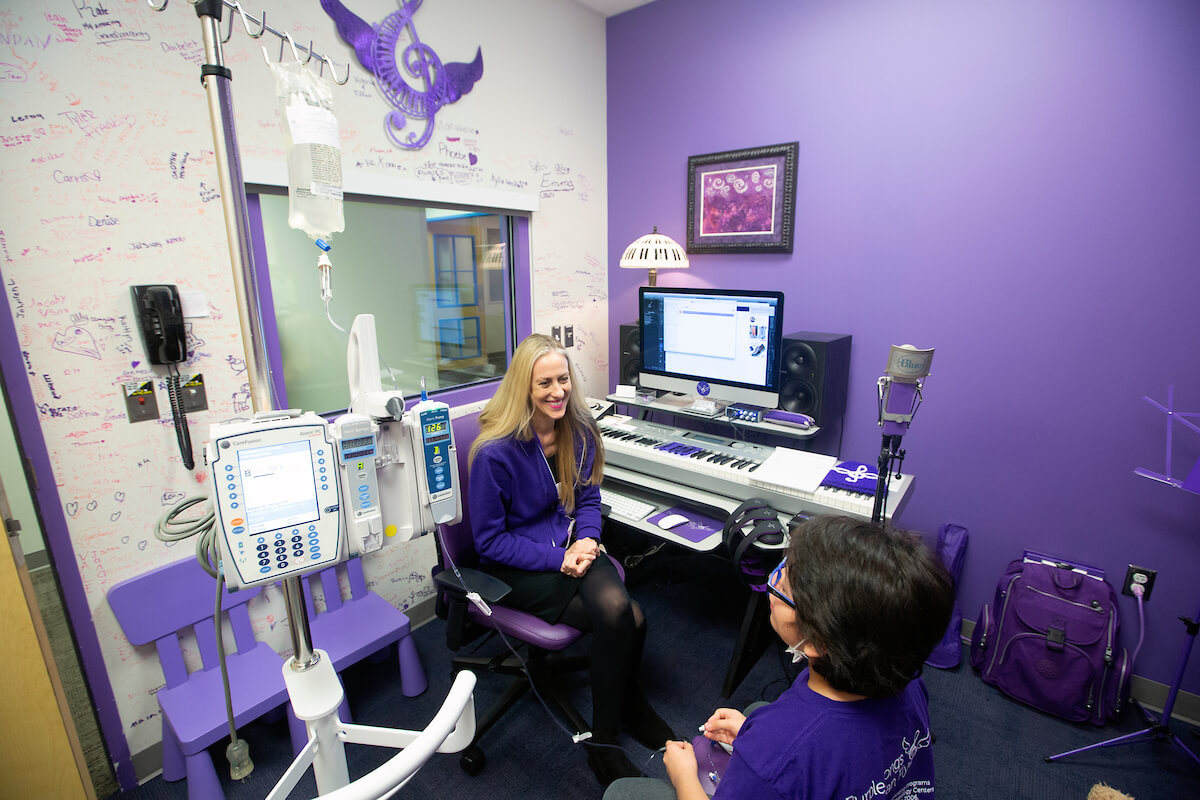 It’s a typical Monday morning for Jeshua Varela, 12, a patient at Texas Children’s Hospital. For the past few months, he and his parents have been trekking from their home in Katy to Texas Children’s main campus once a week for a marathon of appointments and an intensive round of chemotherapy.

But on this visit, there is a bright spot for Jeshua. In the middle of his long day of treatment, he will get a chance to record one of his own songs in the Purple Songs Can Fly recording studio, housed in the Texas Children’s Cancer and Hematology Centers.

“I’ve been obsessed with purple since I was a little girl … but also purple has a lot of symbolism,” said Kruse, who dreamed of creating a recording studio for patients ever since she began performing at Texas Children’s as a visiting musician. “Purple is the combination of the two ends of the visible spectrum, red and blue. … That is part of the creative process when you blend two things and make something new.”

After attending a 9/11 benefit concert, Kruse decided she wanted her songs to fly, as well.

“When I had the idea for Purple Songs Can Fly, I was thinking these songs can rise above illness and not necessarily literally flying,” she said. As it turns out, though, recordings from the studio have flown on the space shuttle and to more than 50 countries.

As part of the program, young patients work with Kruse and other professional composers to write their own songs, which are recorded in the studio and then shared with family and friends.

When the program started, Kruse wasn’t recording with patients in the gleaming purple studio she has today. Back then, she pushed a cart carrying all of the recording equipment to patients in their rooms.

Patients and their siblings, cousins or best friends can write and sing about anything they like. Topics for songs have ranged from lady bugs and Hot Pockets to what it feels like to go through chemotherapy.

“I think the process of creating something in this medium has a positive effect just because of what it is,” Kruse said. “They are using their imaginations, bringing elements of music and an experience of recording that a lot of them have never had.”

Kruse is not a music therapist and Purple Songs Can Fly is not a music therapy program offered by Texas Children’s—it’s an enrichment activity in which children are invited to participate. With 13 years at the hospital and 2,300 songs recorded by patients, Kruse knows the program can lift flagging spirits.

It has certainly helped Jeshua.

Since he was diagnosed with acute promyelocytic leukemia in August 2018, Jeshua’s life has been turned upside down. He can no longer attend school with his friends, but he has become a regular in the recording studio, always bringing his teddy bear, Osito— Spanish for “little bear”—with him.

Last year, Purple Songs Can Fly released a documentary titled “Journey to Hope,” featuring six pediatric cancer survivors. The film, which was made in partnership with Texas Children’s Hospital and in association with Side Yard Productions, has won 25 awards and been selected for more than 40 film festivals.