Keeping your hair during chemo

Keeping your hair during chemo 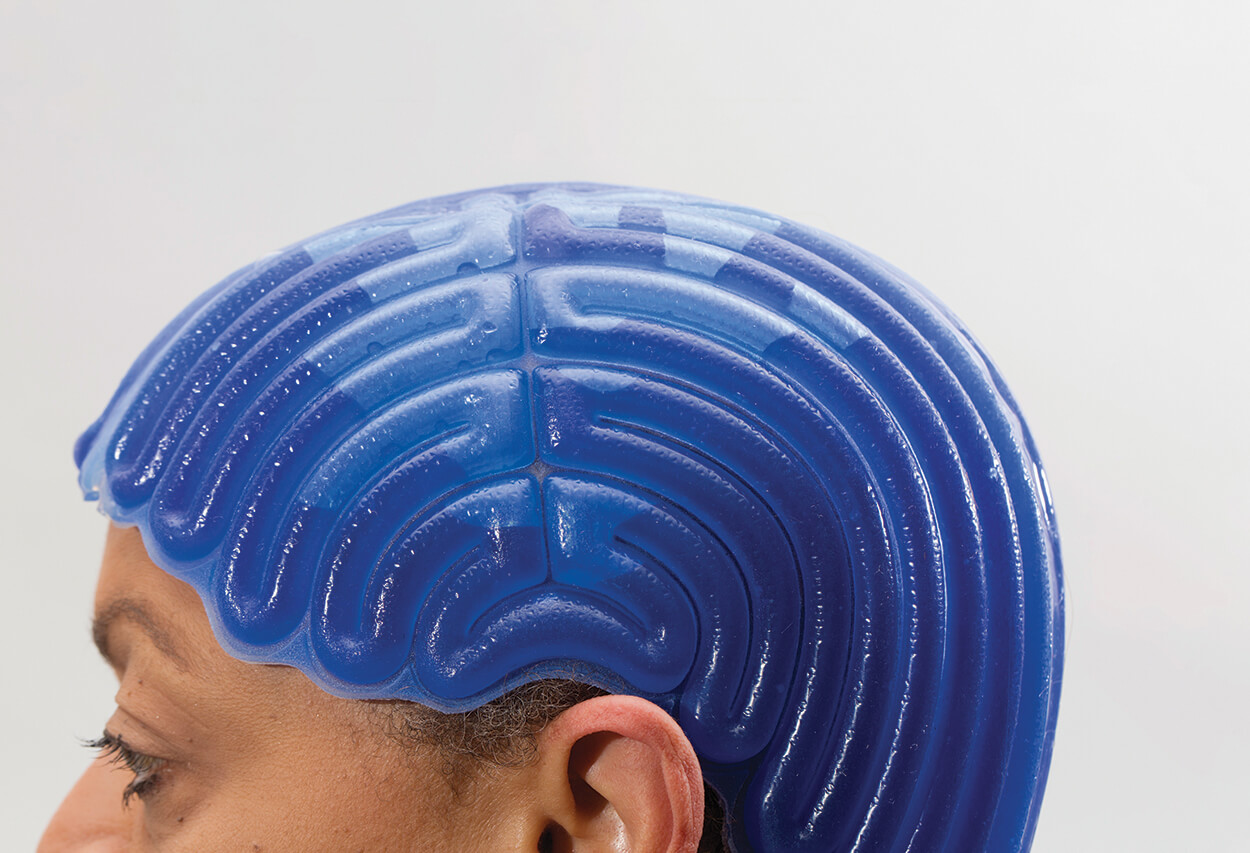 Hair loss, a common side effect of chemotherapy, tends to take an emotional toll on cancer patients. But scalp cooling systems can help some people hang
on to most of their hair.

Nangia led a three-year study of the Paxman Scalp Cooling System at Baylor that involved patients with Stage I and II breast cancer who were being treated with chemotherapy.

The Paxman system is a mobile refrigeration device connected to a silicone cap filled with a gel coolant that brings the scalp temperature down to 60 degrees. An outer cap holds this cooling cap in place. Patients receiving chemotherapy wear the caps for 30 to 45 minutes before treatment, during treatment, and for 60 to 90 minutes after.

Richard Paxman, whose father developed refrigeration systems for breweries and created the scalp cooling system after his wife lost her hair during chemo, now runs the company. The British firm, which was part of the TMC BioBridge program and has office space at TMCx+, teamed up with Nangia to commercialize the product.

The Paxman system was approved by the U.S. Food and Drug Administration in April 2017, only the second such system in the country approved for use on patients with solid tumor cancers.

The system is now used in 180 locations across the U.S., including Baylor College of Medicine, The University of Texas MD Anderson Cancer Center and Houston Methodist Hospital.