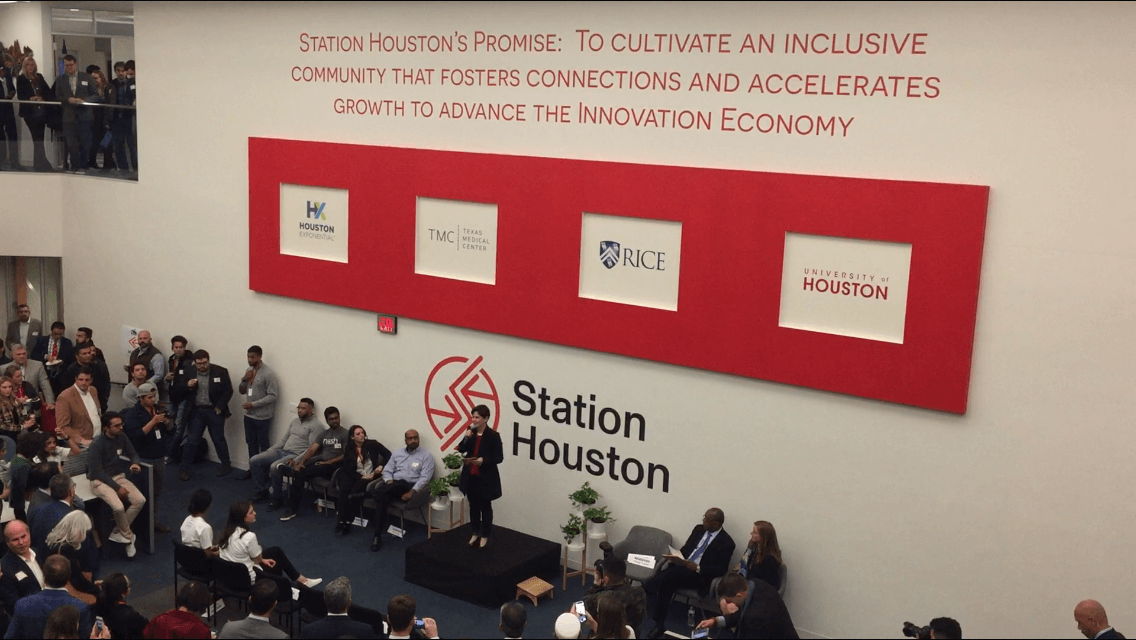 Advancements announced this week for several of Houston’s technology accelerators offer evidence that the city’s innovation ecosystem is maturing.

“It’s an exciting time to be in the city of Houston,” Mayor Sylvester Turner said Wednesday at the celebration of Station Houston’s third anniversary. “We are the energy capital of the world and we have the largest medical center in the world. We have a list of accomplishments. … Where are we when it comes to startups, technology and innovation? … We are competing with cities all over the globe.”

Station Houston was founded as a technology incubator to address venture capital investment in the city, which has historically lagged behind Dallas and Austin despite robust local innovation and a concentration of high-net-worth individuals. The hub’s location downtown sits at the north end of Houston’s Innovation Corridor, which is anchored by the Texas Medical Center on the south and also includes Rice University’s investment in the historic Sears building in Midtown.

Rice unveiled plans this week for the 270,000-square-foot structure, which has been renamed The Ion. Renovations are scheduled to begin in May. Station Houston will oversee public programming at The Ion, including entrepreneurial workshops, conferences, lectures, job training and networking events.

Station Houston has four main institutional collaborators: the Texas Medical Center (TMC), Houston Exponential, Rice University and the University of Houston. TMC has worked with Station Houston on lectures and other outreach efforts that educate entrepreneurs and connect them to funders.

“TMC, you are the first thing that everyone talks about when we talk about innovation in Houston and you continue to set the bar incredibly high for the rest of us to aspire to,” Station Houston CEO Gaby Rowe said, as she thanked TMC President and CEO William F. McKeon.

In June, Station Houston will launch a program that welcomes international startups from seven countries.

Turner said this growing innovation ecosystem has reinvented the city and even generated a new nickname— “Silicon Bayou,” a term coined by the Houston Business Journal. That’s because accelerators and incubators such as the Texas Medical Center’s Innovation Institute have retained and attracted talent capable of building tech solutions that meet needs in the city and beyond.

“Between the West Coast and the East Coast … Silicon Bayou is on the map,” the mayor said. “Uniquely Houston.”