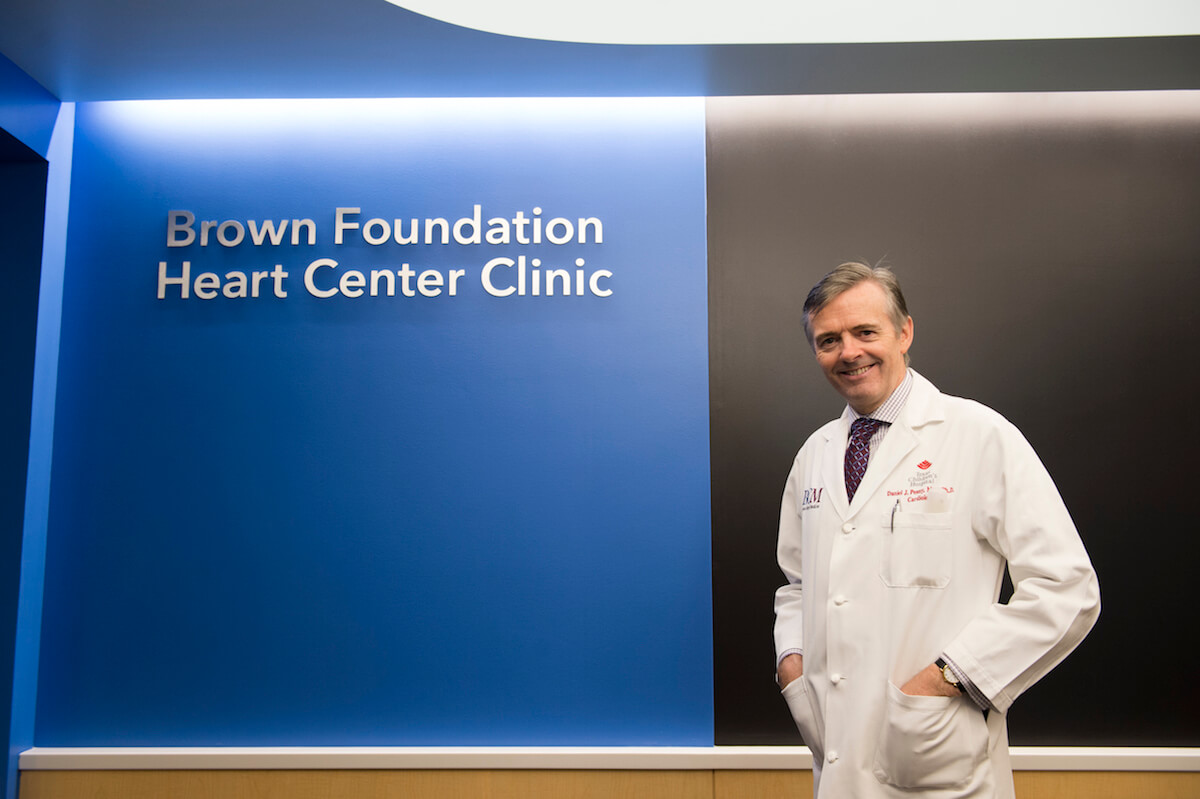 TMC: You were born in Ireland and joined Texas Children’s Hospital in 2010 as chief of pediatric cardiology. How did you get from there to here?

Penny: I was born in Cork in Ireland and then I went to medical school in Ireland. I knew very early on from my time in medical school that I wanted to be a pediatrician. As I was training as a pediatrician in Ireland, I became fascinated by children with heart disease, and particularly in Ireland, it was very much an underserved specialty; there was really only one pediatric cardiologist in the whole country. So, what I’ve always tried to do is to find the best training opportunities and, ultimately, employment opportunities. In other words: To go to the places I felt were the very best at what they do. So, I left Ireland and went to a hospital in London called the Royal Brompton Hospital, which—at that stage—was one of the leaders in the care of children with heart disease. And while I was in London, the people in Melbourne in Australia started to produce results that were really unparalleled. So, I felt that at that stage in my career, if I was really going to continue on in this as a career, I should go to Australia so I could further training there. After a number of years in Australia, I went back to London again to a hospital called The Great Ormond Street Hospital, which is a big children’s hospital in London, and then I was asked to be the chief of cardiology at The Royal Children’s Hospital back in Melbourne. So, I certainly zig-zagged around a bit.

As somebody who visited the United States frequently when I lived in Australia and in London, I always regarded Texas Children’s Hospital as being the definitive children’s hospital. There was something always very special in my mind about Texas Children’s Hospital, whether it was the history or the caring attitude that was there every time I came to visit. It really felt special to me as an outsider. And so, when I got a call from Dr. Mark Kline to consider coming here, I jumped at the opportunity.

TMC: In 2002, you visited central Vietnam for a lecture and were s0 moved by the experience that you helped build a new local heart institute there. Can you tell me more about the personal mission that was borne from that trip?

Penny: One of the important things that I am very aware of is that—while we can do amazing things for families of children with congenital heart disease in this country—when you look on a global scale, probably up to 90 percent of children with congenital heart disease don’t have access to even the most basic forms of care. I was asked to give some lectures in Vietnam, and while I was giving lectures on the care of children with congenital heart disease, it soon became clear to me that in that part of Vietnam where I was giving these talks, there was really no access to proper care. And so, I worked with some of my colleagues and we ended up getting the funding for a heart institute. But what was as important for us was that we needed to train the staff for this institute. It’s sort of the model of ‘teach a man to fish.’ We felt that if we were going to do anything, it would need to be sustainable and substantial. We then got further funding in order to develop a training program for more than 100 people to staff the cardiovascular institute. And these were surgeons, cardiologists, nurses, pathologists, managers, etc. It was very much the multidisciplinary team that we were training, and the reason for that is that what we do is very programmatic. In other words, for a cardiovascular program, while you obviously need an exceptional surgeon and exceptional cardiologists, if they are not in the right environment and don’t have the right forms of support with other staff and resources, they’re not going to get really good outcomes. … I am very proud that this team now in Central Vietnam has started to help train other teams—in Cambodia, for example. So, it goes on. 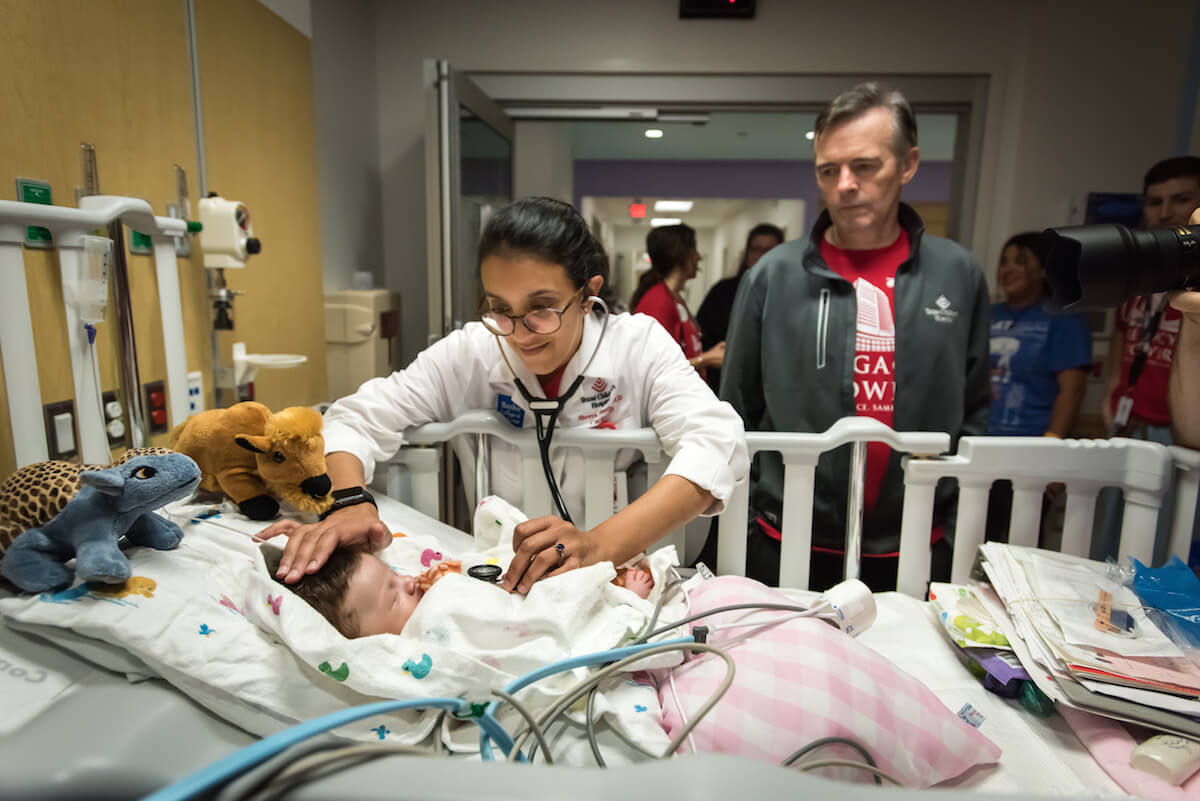 TMC: For the past 9 years, you’ve been a key member of the Texas Children’s Heart Center team and have been instrumental in leading the Center to its No. 1 ranking in cardiology and heart surgery by U.S. News & World Report. What sets this center apart?

Penny: The rankings reflect the efforts of the more than 700 people who actually work across the Heart Center. If you don’t have good environmental services people, no matter how good you are as a cardiologist or a cardiac surgeon, you’re not going to get good outcomes and you will have unduly high infection rates and so on. This ranking is very much a reflection of the whole system—not just a few individuals. I think that one of the reasons why we achieved the No. 1 ranking is that no matter what ranking we achieve, we are always trying to get better. In other words, we like to believe that while we may be No. 1 in the rankings, we will always behave as if we are No. 2 or No. 3 in terms of our desire to improve. I think that we’re a better heart center now than we were a year ago and, no matter what our rankings, we will make sure that we are a better heart center in a year’s time and in two years’ time. And I think that is partially the secret. I also think that part of the secret is the very high level of collaboration between all of the multidisciplinary teams. We have done a lot of work at communicating almost as a family, so we have a family meeting, for example, first thing every morning at 7 a.m. so that we set ourselves up for the day and all members of the heart center are welcome to join that.

TMC: If you could emphasize just one thing to families with children in need of cardiology care, what would it be?

Penny: One thing I would like to stress to families is that they’re not alone and there are supports for them. My job and the job of my colleagues is to make sure that they have access to those supports. Something that I also always stress to parents is that it’s OK to be scared. When it comes to our own children, we’re all scared, but what I can also stress to them is that one thing I do know is that everybody in our heart center will try their best. 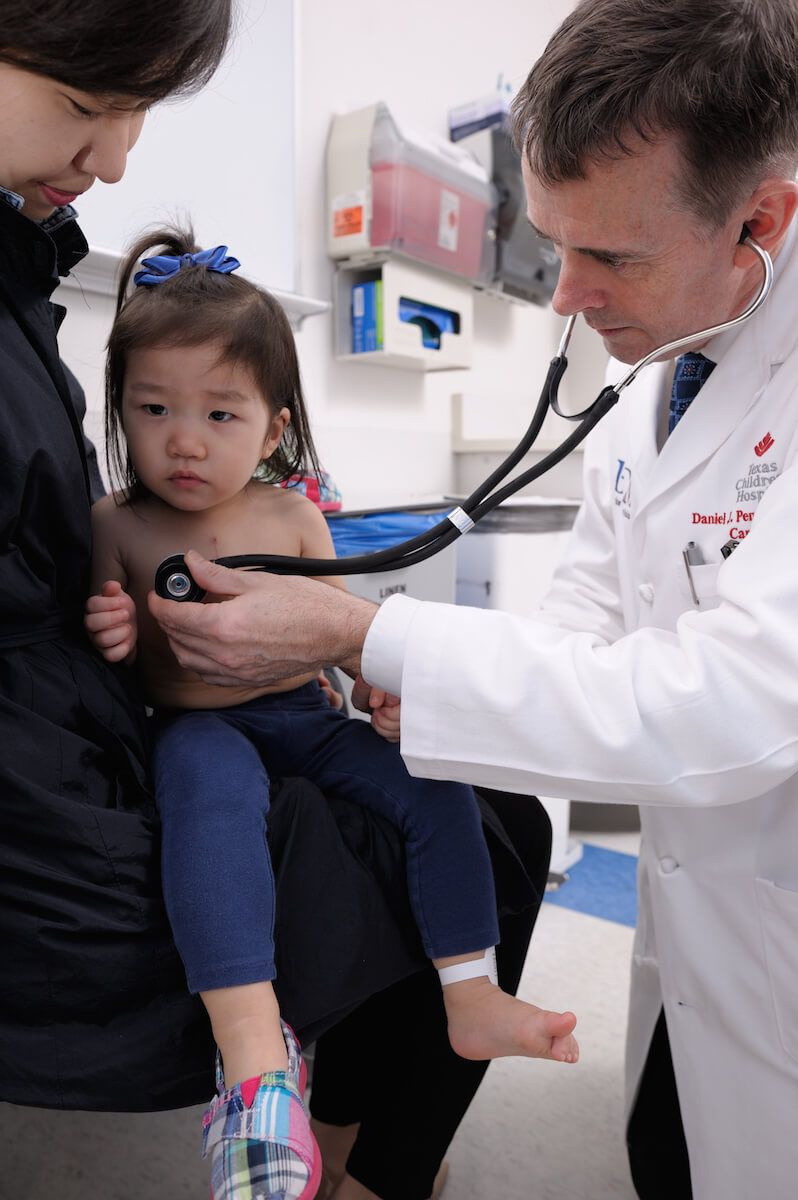 TMC: The Heart Center at Texas Children’s Hospital is constantly evolving with the pace of medicine and new technology. Just last year, Christopher Caldarone, M.D., joined the team as your Center co-leader and the chief of congenital heart surgery. Tell me what excites you about the future of the Center.

Penny: Chris’ arrival here has been really transformational to our heart center. We know that if we really want to achieve the best for the children and their families, we have to be a seamless, integrated, dedicated team. I know of nobody with whom I’ve ever worked or anybody I’ve known who is more dedicated to the team concept than Chris Caldarone. And so, I believe that together we will be much better and there are very exciting times to come. We have moved so closely together now as a team that I really think we are destined to achieve great things.