With Pheramor, scientists offer a new recipe for love 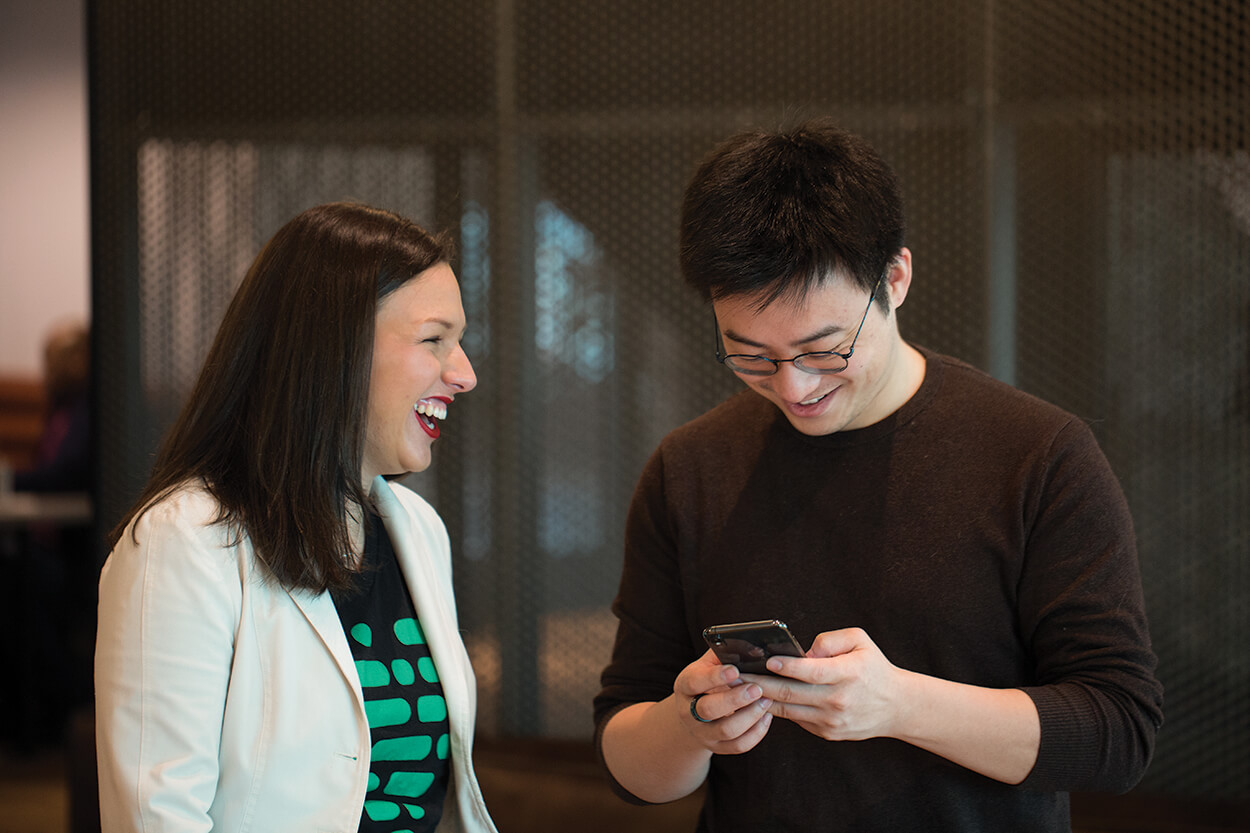 Years before she became a genetic scientist, Brittany Barreto dreamed of creating a way for people to find love through DNA.

“I just thought it would be so cool to connect people on a romantic level using their DNA,” said Barreto, co-founder and CEO of Pheramor, a dating app that aims to measure compatibility using physical chemistry and social rapport. “It’s nothing like designer babies or anything like that. It is, essentially, how do your genes affect who you are attracted to and who you jive with the best? How is that inscribed in your genome?”

Nearly a decade and a Ph.D. from Baylor College of Medicine later, Barreto set her plan into action. While attending a workshop hosted by Enventure—a grassroots life science startup community in Houston—she met Bin Huang, Ph.D., who became the co-founder and chief technological officer of Pheramor.

“I pitched the idea at their accelerator program and Bin, who was a doctoral candidate at Rice University at the time, also pitched an idea, but then at the end, when we had to make teams, he came up to me and said, ‘Forget my idea, I want to do your idea,’” Barreto recalled.

“I know the genetics behind attraction and Bin knows the techy side and he is on the back end writing the algorithm that is literally matching people.”

Pheramor brings couples together after analyzing a segment of each candidate’s human leukocyte antigen (HLA) gene complex—proteins that regulate the immune system—and social media history. It is one of a handful of companies launched over the past decade that uses genetics to determine romantic compatibility.

The HLA complex helps the immune system distinguish the body’s own proteins from proteins made by foreign invaders, such as viruses and bacteria.

“We are seeking a partner that has a different immune system compared to our own because that means that we are not related, so we will have a decreased risk of genetic disease in our progeny and our progeny will have a more diverse set of immune system genes and therefore be immune to more pathogens,” Barreto explained.

Animals also prefer mates with complementary immune systems and communicate this information through olfactory cues. The genes associated with their immune systems are tethered to pheromones, chemicals animals produce and emit that influence all sort of behavior among others in their species—including sexual attraction.

But there is no hard science on humans releasing or picking up on pheromones, in part because animals use the vomeronasal organ (VNO)—a gathering of sensory cells in the nasal cavity above the roof of the mouth—to detect pheromones, and humans do not have a functioning VNO. That’s why Pheramor takes a cheek swab from clients for DNA sequencing, rather than try to link human attraction to smell. (Confusingly, though, the company’s name merges “pheromone” with “amor,” the Spanish word for love.) As the company notes on its website, pheramor.com: “Pheramor fully appreciates that the science of pheromones requires more research.”

Pheramor also recognizes that humans are highly social. To account for this in the matchmaking process, the team at Pheramor analyzes candidates’ social media histories before they are matched with potential suitors.

“Humans are a more complicated animal,” Huang explains. “Fifty percent is genetics, but the other 50 percent is what do you like to do? What are your common interests? We try to extract this information from your social media data because we don’t want people to answer everything themselves.”

Some research supports Pheramor’s DNA matchmaking. A 2016 study published in Scientific Reports found that the HLA complex mediates mate behavior in humans and that subjects were generally most satisfied with their relationship if their partner exhibited a dissimilar HLA type. Researchers found that HLA dissimilarity correlates with partnership, sexuality and enhances the desire to procreate.

But among scientists, the idea of human pheromones remains a hard sell. In 2018, Richard Doty, a professor of otorhinolaryngology and director of The Smell and Taste Center at the University of Pennsylvania, told Wired magazine: “The notion that there are these magical genes that are somehow associated with smells that permeate the environment and dictate our attraction to people is total nonsense. If human pheromones actually elicited the kinds of behaviors we see in other mammals, the subways of New York City would be in a constant state of mayhem with people hopping all over each other.”

Barreto and Huang launched the Pheramor app officially in September 2018.

“We have thousands of active users and have grown 50 percent month over month,” Barreto said, but declined to disclose the company’s revenue.

Once users download the app, they receive a DNA kit, do a cheek swab, return the kit and wait for their sequencing to be done.

“The app is free, but we charge $30 for the DNA testing,” Huang explained. “The processing time for the kits takes 21 business days, but the processing for us can take around one month.”

The DNA kits are processed at a lab and then returned to Pheramor. Once the data has been collected, users gain access to six profiles per day on the app. The profiles are weighted based on physical proximity of clients first, then on the gender and age each client specified. If two people like each other’s profiles, they can begin messaging one another.

In the four months the Pheramor app has been live, more than 5,000 messages have been shared between users and 20 couples have deactivated their accounts because they have met a solid match, Barreto and Huang said.

Barreto even found her own romantic partner with a cheek swab.

“As the CEO of a dating app, it would be unethical for me to meet someone on the app, but occasionally I do market research on other dating apps so I have 20 of them on my phone,” she said. “I opened one of the dating apps and I had a message from a lovely man, but the message was about a month old and it was actually a really sweet message, but he was a redhead. … I’ve never dated a redhead. I like dark features, or so I thought.”

The two ended up going on a date and hitting it off, at which point, Barreto asked the redhead if she could swab his cheek to see if they were a match. It turns out they were in the top 10 percentile of compatibility.

“This is why we are changing dating by using data,” Barreto said. “I never thought I wanted a redhead because I thought I didn’t like them, but I do. I had all of these social constructs in my mind of what I thought I should be looking for in a person, but it’s in your DNA. I thought I needed someone with an MBA who owned their own company, as well, and James is an elementary music school teacher and we jive so well.”

Barreto and Huang are working on another website for existing couples to test their compatibility through DNA. They hope to launch it this summer.

And to those think Barreto’s work sounds superficial, she has this to say: “Instead of working on something for a patient who is already in the hospital and super sick, let’s make people’s lives better from the get-go by decreasing the number of bad first dates they have to go on so they can find companionship and be happy. … We are humanizing dating using data. We are making people give humans a second chance.”