Citizen scientist and artist explores the cultural significance of the heartbeat

The Intersection of Art and Medicine

Citizen scientist and artist explores the cultural significance of the heartbeat 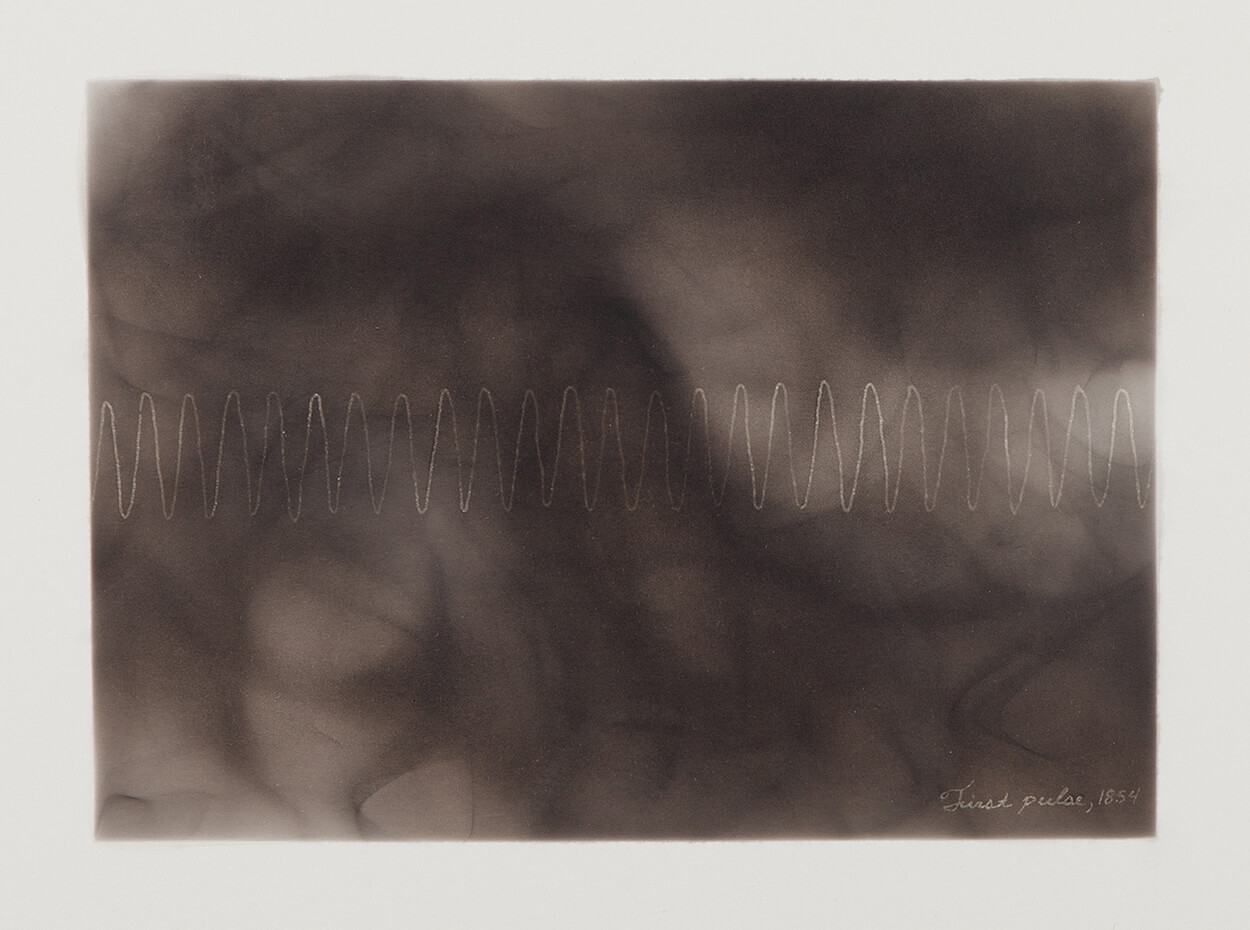 In 1977, NASA launched Voyager 1 and 2 into the far reaches of outer space. Secured on the side of each space probe was a copy of the Golden Record—an interstellar message-in-a-bottle filled with greetings in multiple languages, along with images and sounds of nature to communicate with other life forms in the galaxy.

But it was the final message in the Golden Record that transfixed young Dario Robleto, a local artist and citizen scientist. Decades later, it inspired his work, The First Time, The Heart (A Portrait of Life 1854–1913), photolithographs on permanent display at Houston’s Inman Gallery.

Ann Druyan, creative director of the Golden Record project, was in love with Carl Sagan, the late astronomer and author who was leading the group at NASA. Druyan’s final message on the Golden Record was a one-minute recording of her brainwaves as she thought about her love for Sagan, whom she later married.

“Her heart is the only heart that has actually exited our solar system,” Robleto said. “I love that both her heart and her brain are represented, because she’s arguing: Is love in there and can it be deciphered at a later date?”

Robleto realized that to honor Druyan’s story and fully understand the cultural, physical, historical and scientific significance of the heart, he needed to take a retrospective look at the origins of the first heartbeat recorded in history.

He found the first pulse tracing of a heartbeat, completed in the 1850s—half a century before the birth of electrocardiography. A German doctor used soot from a candle flame gathered on a piece of paper and human hair to trace the beat of his own heart.

The black and white images on display at Inman Gallery are recreations of original tracings produced between 1854 and 1913. They document the heart’s reaction to everything from riding a bike to smelling lavender to feeling scared.

To create the images, Robleto essentially designed a new form of printing. He put high-resolution scans of the images onto an uncoated machine-finished paperboard. The photolithographs were then transferred with transparent base ink onto hand-flamed and sooted paper, brushed with lithotine and fused in a mild solution of shellac and denatured alcohol.

“The heart is the only organ in our bodies that we can actually feel and, as a cultural metaphor, it will not budge,” Robleto said. “Even though science moved on to the brain a long time ago, culturally, it doesn’t matter. We still give our hearts to one another. The brain isn’t the symbol on Valentine’s Day … it’s the heart.”

But as science moves forward, the cultural implications of heart transplants, regenerative medicine and technology must be considered.

Robleto has spent time with the Texas Heart Institute’s Doris Taylor, Ph.D., who is working on stripping a pig heart and re-cellularizing it with human DNA. He also has consulted with William “Billy” Cohn, M.D., and the Texas Heart Institute’s O.H. “Bud” Frazier, M.D., who are working with Daniel Timms, Ph.D., to develop the BiVacor, a total artificial heart with no pulse.

“Can we assume our hearts will always sound the same?” Robleto asks. “In all of human history, no one has ever proposed that you don’t need a pulsatile heart to be a human, and it is a game changer. There is a cultural dynamic to the idea of letting go of our heartbeats and I think that is a fascinating question to pursue.”