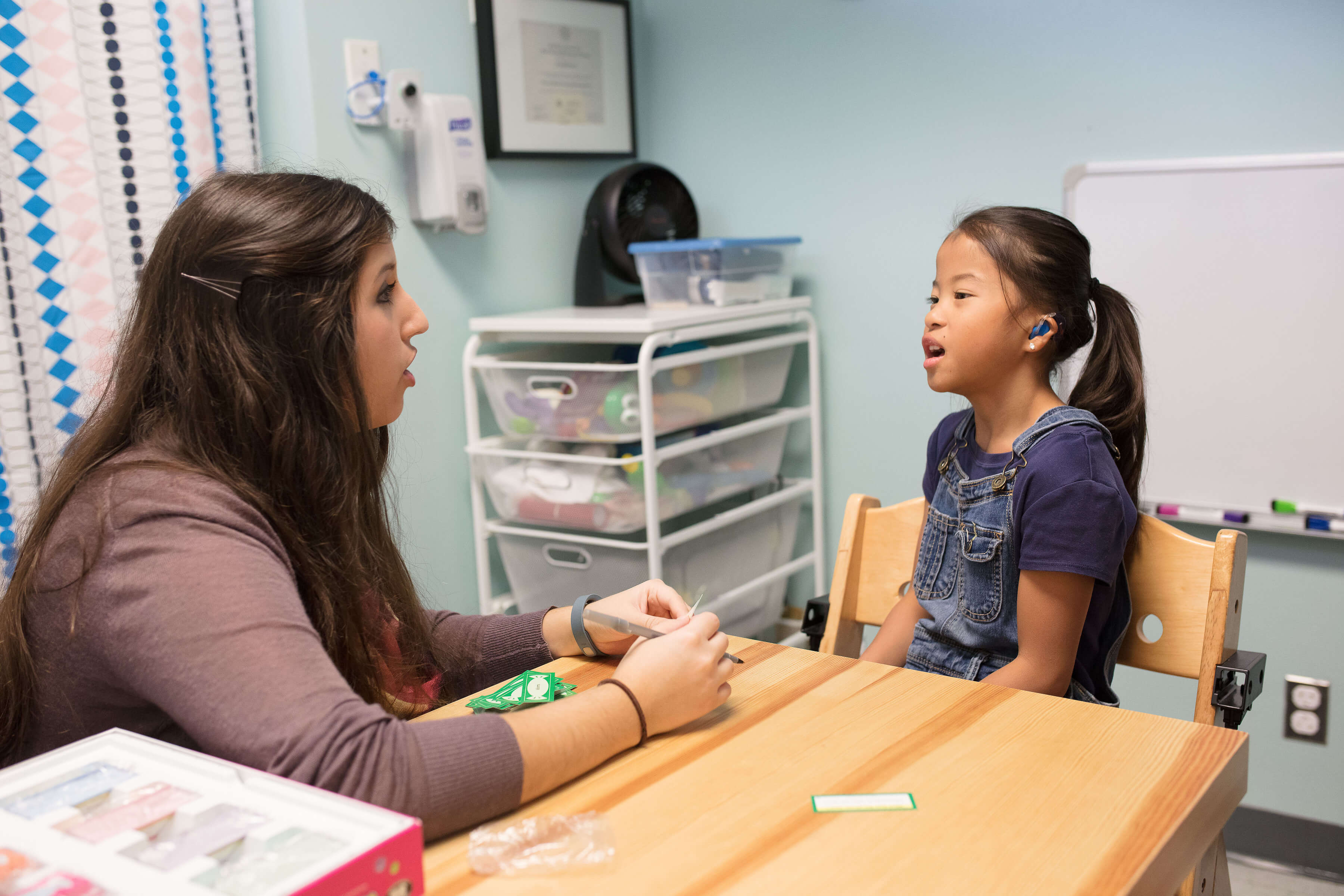 A new building planned for the Texas Medical Center will unite The Center for Hearing and Speech and Texas Children’s Hospital under one roof for more robust services to thousands more children with hearing loss.

The center’s new 42,000-square-foot facility, slated to break ground this year and open in 2020 near State Highway 288 and South MacGregor Way, is expected to serve twice as many patients annually than the current campus on West Dallas.

“A lot of our kids have other issues, so they end up going to Texas Children’s to get those issues addressed. It would be a lot easier on the families if we could locate closer or in the Texas Medical Center,” said Alan L. Smith, The Center for Hearing and Speech’s board chairman.

The nonprofit served 8,000 children in 2018 from infancy to 18 years old through an audiology clinic, a speech-language pathology clinic and The Melinda Webb School. The United Way of Greater Houston agency is the region’s sole provider teaching listening, speaking and literacy skills to children with hearing loss on a sliding scale. The center employs seven master’s level speech-language pathologists, nine master’s level teachers of the deaf and seven doctorate-level pediatric audiologists.

“If kids can listen well and they develop proper speech, they have a much better chance of reading well,” Smith said.

A vital part of expanding services and improving outcomes through the joint venture includes the Texas Children’s medical professionals—including ear, nose and throat physicians—who will practice in the new building.

“Joining forces with the Center for Hearing and Speech is a natural fit as our commitment to treating children with hearing loss is unmatched,” Larry Hollier, M.D., surgeon-in-chief at Texas Children’s, said in a statement. “We look forward to working together in a highly collaborative manner to enhance the care provided to children across our area.”

Smith, president and CEO of Rockcliff Energy, first encountered the center more than a decade ago after his daughter was born premature and deaf.

“Thanks to technology and people introducing us to the center and Texas Children’s, she got cochlear implants,” he said. “She went to the Center for Hearing and Speech from the time she was about 24 months old until pre-K.”

Tiffany Grace Smith, now 11, received auditory verbal therapy among other specialized services. Even with other challenges that aren’t hearing-related, her father said she’s on the path to mainstream and higher education opportunities.

Alan Smith joined the board a few years ago as leaders were envisioning a new home for the center.

“We want to double the number of kids we’re serving—double the audiology patients, double the speech therapy and double the size of the school,” said Smith, who became board chairman in May 2017. “We thought it was important for us to remain neutral and not become a part of a hospital, to continue to have the compassionate care that we exhibited toward our clients and patients and to keep the audiology and the speech and the school all under one roof—that’s our secret sauce.”

A co-location with Texas Children’s emerged as the right option to meet those goals.

Already, the center’s $22.5 million capital campaign has raised $7.5 million. Smith said the nonprofit plans to split the proceeds of the building sale with its co-occupant, The Harris Center. After vacating the structure this summer and factoring the cost of a temporary location, leaders estimate adding another $10 million to the fund.

Texas Children’s Hospital is a longtime member institution of the Texas Medical Center. The Center for Hearing and Speech joined the TMC in 2017.

Founded as the Houston School for Deaf Children seven decades ago, The Center for Hearing and Speech is the most comprehensive resource for pediatric hearing loss in Texas and the region’s only facility offering audiology, speech pathology and spoken language education at a single site.