A visit to the dentist leads to a heart diagnosis

A visit to the dentist leads to a heart diagnosis 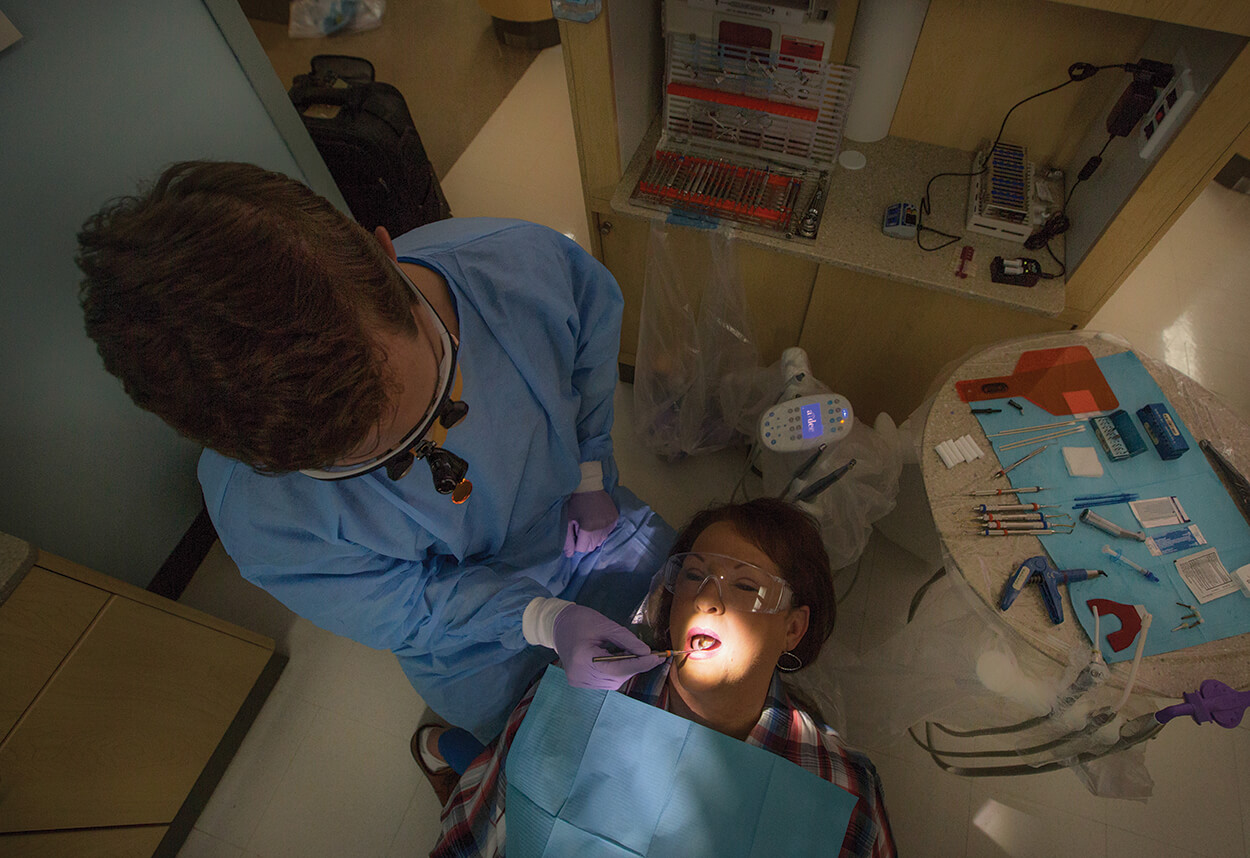 Desiree Pearson of Pearland, Texas, is grateful that Chris Conser, a University of Texas Health Science Center at Houston (UTHealth) School of Dentistry student, took the time to check her vital signs before she had a filling replaced last spring.

“In March, I had just turned 63 years old and I was tired and I’ve never been like that,” Pearson recalled. “But I just thought it was part of being 63.”

Shortly before treating Pearson, Conser had attended a lecture by Shalizeh Patel, D.D.S., an associate professor at UTHealth School of Dentistry, about the importance of taking vitals manually at the beginning of every patient visit.

“I’m a big advocate of students taking their time, getting to know their patients and taking vital signs appropriately,” Patel said. “A lot of students are in a rush because they are trying to get things done and they get in the habit of using the electronic cuff monitors and many of those are not calibrated or working properly.”

Years ago, Patel learned first-hand how important it is to pay attention to a patient’s vital signs. She had a professor who was passionate about taking vitals manually, as well, back when it was a lot less common for dentists to do so. Soon after, she went home to visit her family and realized her dad wasn’t feeling well. She took his vitals and found that he was having heart problems.

“So I did it the old school way with the cuff that you inflate and by feeling her wrist with my finger for a pulse,” Conser said. “I started taking her blood pressure and something was a bit off and I was really uncertain, so I took it one or two more times.”

On this occasion, human touch proved to be Conser’s most valuable tool.

“In Mrs. Pearson’s case, the electronic cuff gave a reading of her blood pressure and pulse, but it didn’t provide the rhythm of the pulse and that is how it was missed by her medical doctor,” Patel explained.

Conser quickly became concerned and went to get help from another professor. As part of the curriculum at UTHealth School of Dentistry, dental students treat patients under the supervision of experienced clinical faculty.

“I knew something was wrong,” Conser said. “I could hear the pulse—it is a bit quicker than when you are feeling the wrist—but it just sounded weird. I set aside the blood pressure and took her pulse with my fingers. The first time I took it, her pulse was alternating between a slower and a faster beat and then again I was still uncertain and hoping I was making a mistake. I took it again and this time her heart was outright stopping for seconds at a time.”

The attending professor felt the same thing and immediately referred Pearson to a doctor.

“I had no idea something was wrong,” Pearson recalled. “I think it was maybe the second or the third time and he said I need to go get my professor, and I was a little nervous. I was in for a filling and his professor said … ‘You need to go straight to your doctor.’”

Pearson was referred to a cardiologist at Memorial Hermann Pearland Hospital, where she was diagnosed with a heart rhythm disorder known as sick sinus syndrome. According to the Heart Rhythm Society, sick sinus syndrome is a group of symptoms that indicate the heart’s natural pacemaker, the sinus node, is not working.

“The cardiologist told me no driving and no stairs, but I live in a three-story house so I would just do them really fast,” Pearson said. “He said sick sinus syndrome wouldn’t kill me, but if I was driving down the highway and passed out … you don’t have a warning, you’re just out.”

Within a month of her visit with Conser, Pearson received a pacemaker and is feeling like herself again.

“It is not just this case,” Patel explained. “There are a lot of diseases that have oral manifestations that can be ignored because most medical doctors don’t look in the mouth. That is why it is so important for our students to not only detect these diseases, but also to have the knowledge to treat or to refer the patient to the right health care provider to receive the appropriate treatment.”

Conser said taking the time to listen to his professor and patient saved the day.

“I didn’t have a special talent; all I did was listen to my professor,” Conser said. “Anyone who felt Mrs. Pearson’s pulse would have noticed something was wrong.”