An unprecedented bridge to a heart transplant for Katlyen

An unprecedented bridge to a heart transplant for Katlyen 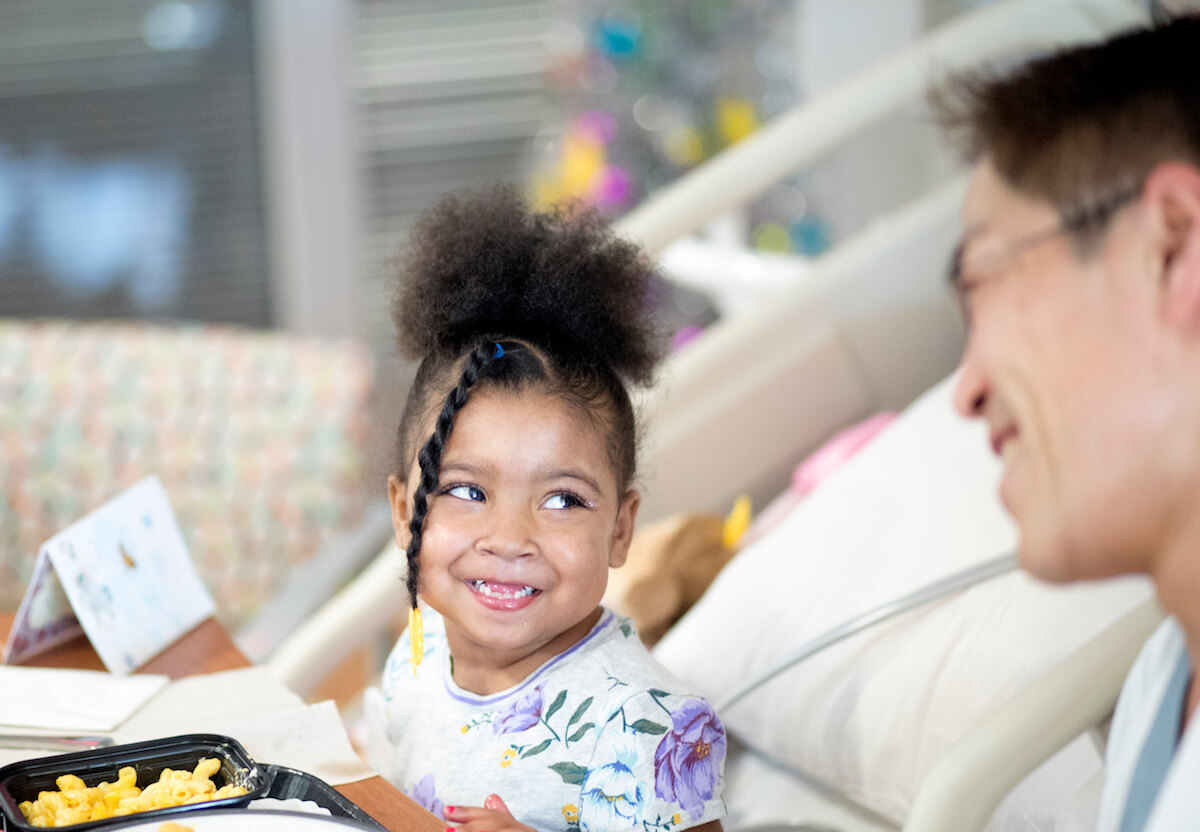 Four-year-old Katlyen Hickman has always been special. Even at birth, she defied the odds after she was diagnosed with several critical congenital heart defects, including aortic arch hypoplasia—meaning the vessel leaving the left side of her heart was too small—as well as multiple ventricular septal defects, which required her heart to pump excessively to push blood through her body. Despite numerous heart surgeries and cardiac catheterizations in her first few years of life, though, her heart was failing fast.

“It was clear she was moving in the direction of needing heart transplantation,” said Iki Adachi, M.D., a congenital heart surgeon at Texas Children’s Hospital. “She was admitted to the ICU and her heart condition was just getting worse and worse.”

Adachi and his team were determined to give the spunky young patient the best chance for a long life. So, on Oct. 2, 2018, they implanted the Jarvik 2015 ventricular assist device (VAD) into her chest, confident that it would keep her alive as she waited for a new heart.

It did—and it also put her name in the history books. Hickman was the first patient in the United States, and only the second in the world, to receive the new device. 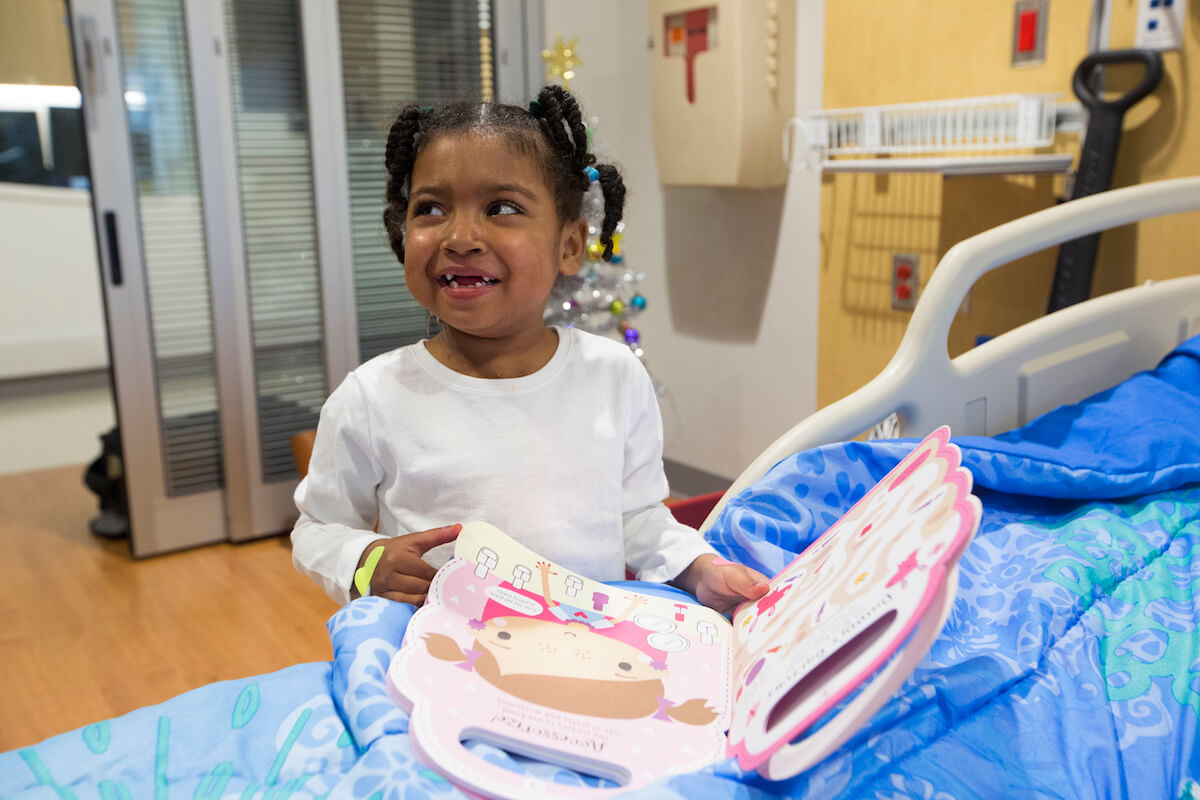 Katlyen Hickman, 4, looks through a new book as she recovers from her heart transplant at Texas Children’s Hospital.

Ventricular assist devices can be used in pediatric patients who are in need of a heart transplant as a means of sustaining them until they are matched with a new organ—a bridge to transplant. In rare cases, the device helps a heart recover to the point that the patient no longer requires a transplant, and in even rarer instances, it can be used as a permanent therapy for a failing heart. 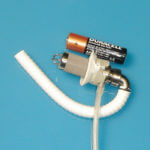 A photograph of the Jarvik 2015 beside one AA battery for comparison.

What sets the Jarvik 2015 apart is that it is the first and only implantable ventricular assist device with a continuous flow designed specifically for small children.

The continuous flow is key: Rather than pumping like the heart, it pushes blood through an impeller with the help of an agitator blade attached to the rotor—technology that has been associated with significantly improved outcomes in adults. But designing a similar technology tiny enough to be implanted in a small child’s chest—like Hickman’s—proved nearly impossible. The team behind the Jarvik 2015, which is approximately the size of a AA battery, has been working on its design for more than a decade, watching each competitor give up and move on to a new, perhaps more attainable challenge.

After the U.S. Food and Drug Administration (FDA) rejected the device twice in 2014, Adachi came on board to test the current iteration that had undergone substantial design modifications, including the shape of the blade. That final modification would prove to be the charm.

“The main problem was that the previous iterations caused the red blood cells to break because it was spinning too fast,” explained Adachi, who continued his involvement in the project as the principal investigator of preclinical testing. “So they changed the design of the blade and they also increased the size of the pump slightly so it didn’t have to spin so quickly, which reduced damage to the red blood cells. But it had to stay small, which is the challenge in making a pump for kids versus adults. The pediatric pump has to be smaller, despite the fact that the red blood cells
are nearly the same size regardless of age.” 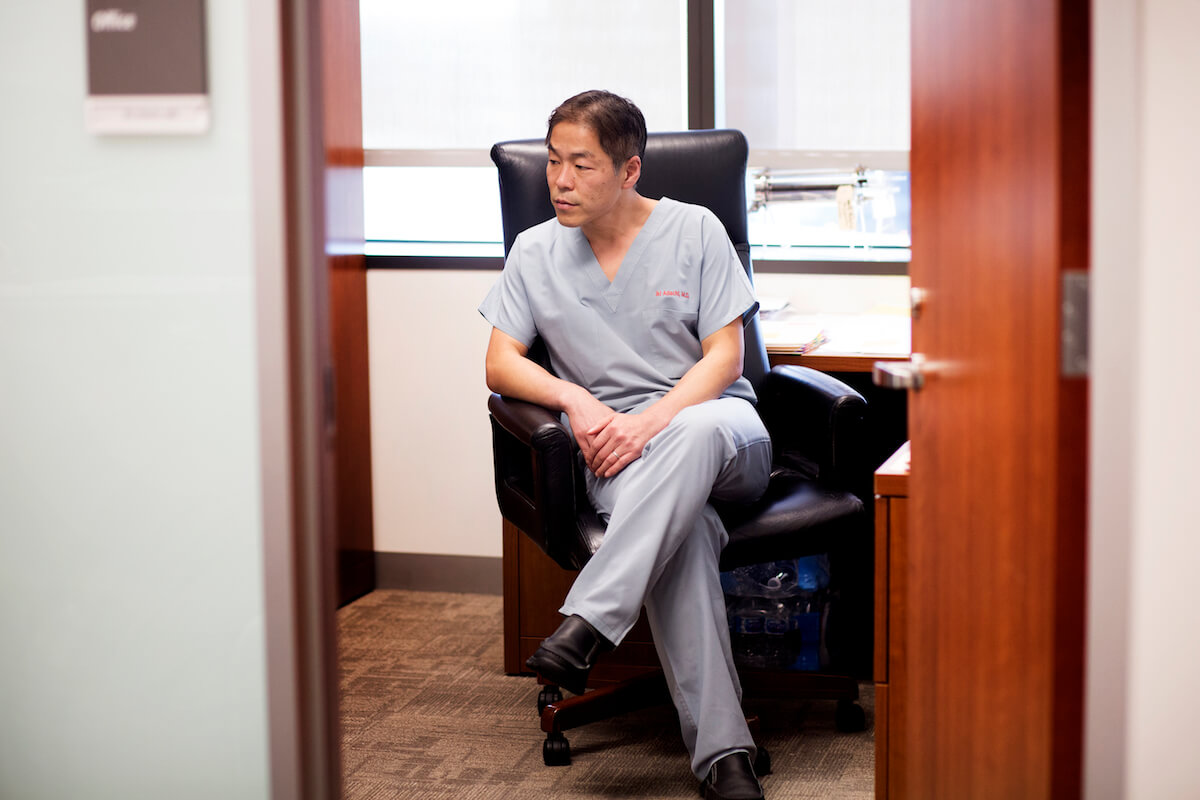 As a result of extensive testing in the Texas Medical Center, the latest prototype of the Jarvik 2015 has been approved by the FDA for a clinical trial. Because it has not yet been approved for commercialization, Adachi had to obtain expanded access use from the FDA for Hickman’s procedure. He was able to do so because Hickman was too small to be a candidate for a VAD made for adults, which, while not ideal, is what Texas Children’s typically uses on patients in heart failure. All other options are external devices, which are hooked up to the heart through cannulae (tubing) and remain on the outside of the body. They carry with them increased risks of side effects, especially strokes.

The Jarvik 2015 turned out to be perfect for Hickman. Not only did the tiny device keep her alive as she waited for her heart transplant, but it actually improved her blood flow so much that her visceral organs recovered dramatically in the weeks leading up to her surgery. Hickman was stronger and healthier and in much better shape overall to undergo major surgery and rehabilitation.

“One of the most significant benefits of this ventricular device’s support is that we can make the patient stronger so that they can be a better candidate for the next operation, which is usually a heart transplant,” Adachi said, adding that the practice aligns with Texas Children’s Heart Center’s clinical philosophy in general.

“Our center is known for making pediatric patients better while waiting for a transplant,” he said. “Unlike most other centers, we intentionally wait before moving forward with a transplant after we implant an internal device. We usually wait at least three months with an internal pump before activating the patient on the transplant list, and not a lot of pediatric centers are doing this— they want to get to transplant as soon as possible, which is primarily driven by the sense of urgency to avoid potential complications with VAD support.”

Texas Children’s recognizes the benefit in waiting—the benefit in re-establishing healthy blood flow and all that comes with that, but also the rare benefit of rehabilitating a failing heart, Adachi explained. Such a practice is possible at Texas Children’s, which has the world’s largest pediatric VAD program, because the team is able to provide stable outpatient management.

“Occasionally, someone will recover while waiting, and transplantation becomes unnecessary,” Adachi said. “And recovery is very, very important, particularly in a pediatric patient, because while heart transplantation is great, it’s not really a permanent solution.”

Adachi explained that it takes at least two or three months for a failing heart on a VAD to show some signs of recovery—and that the younger the patient, the greater the chance that a heart in failure may recover on this kind of support.

“Most heart centers don’t provide the pediatric patient with an opportunity to recover,” Adachi said. “If you transplant so quickly, you may miss the opportunity to see some signs of recovery, which is why we like to wait at least three months.”

Adachi noted that in Hickman’s case, they chose not to wait three months since it was only the second time ever the device had been implanted in a patient—the first being in Italy not long before—and the first time the device was used as a bridge to transplant. Still, Adachi anticipates that the Jarvik 2015 will do well in the upcoming multi-institutional clinical trial—in which Texas Children’s is participating—and hopes that it will soon become widely available and lead to a worldwide shift in clinical management of pediatric patients in heart failure. 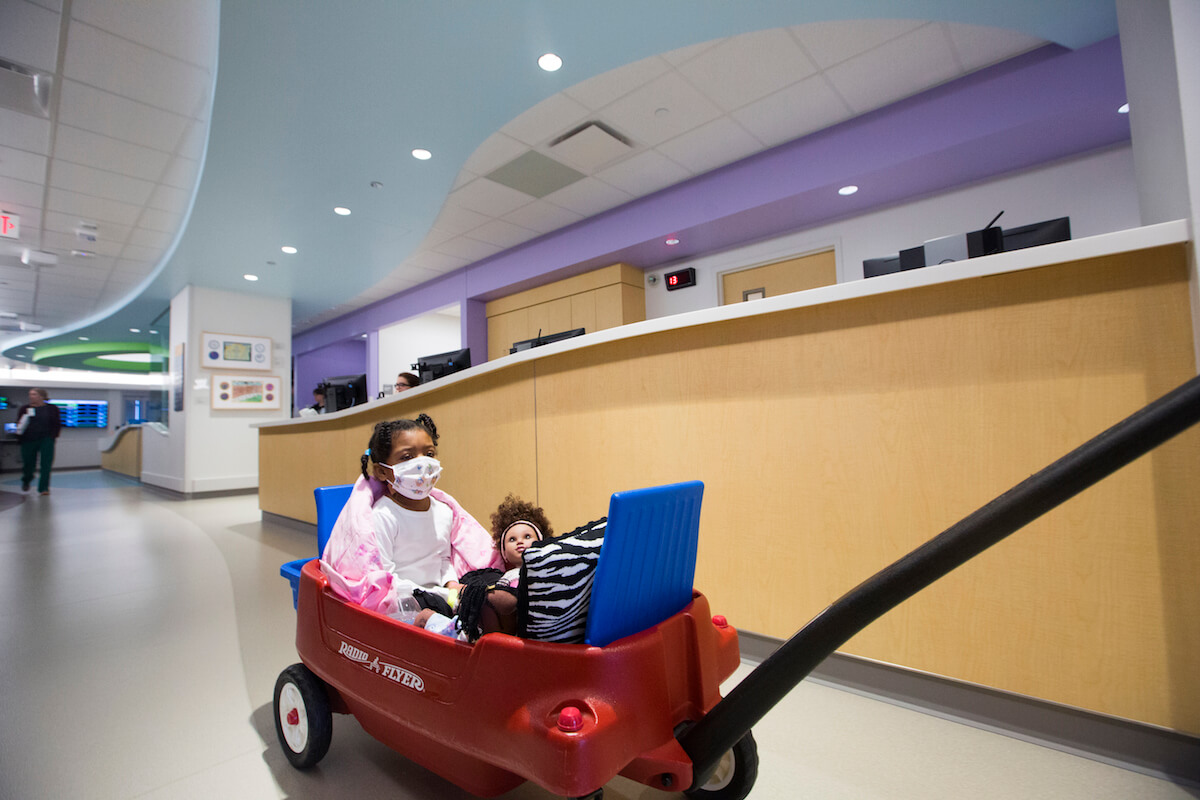 Katlyen Hickman catches a wagon ride to the playroom at Texas Children’s Hospital.

On Nov. 23, 2018, the day after Thanksgiving, Hickman received a new heart—then proceeded to amaze everyone with her swift and steady recovery.

“The VAD not only improves survival outcome, but also length of stay in the hospital post-transplant and how quickly a patient is able to get back on their feet and get back into the swing of things as far as their life is concerned,” said Jeff Dreyer, M.D., medical director of heart failure, cardiomyopathy and cardiac transplantation at Texas Children’s.

Hickman will continue to be monitored over the next several months and will need lifelong follow-up care, Dreyer said, but the frequency of her visits will eventually drop to just three a year—two in clinic and one for a routine biopsy of the heart. As Adachi noted, a heart transplant isn’t permanent, and the thrice-yearly monitoring helps heart centers like Texas Children’s keep an eye on their patients. According to Dreyer, the half-life of a transplanted heart is approximately 15 to 16 years, meaning that in that period of time, about half of patients will need another heart.

Texas Children’s has already implanted another Jarvik 2015 in a different patient suffering from heart failure, again with expanded use approval from the FDA. That patient, like Hickman, is recovering well.

On Dec. 24, 2018, Hickman’s Christmas wish came true, and she was discharged home. As time passes, her transplanted heart will grow with her, and although it won’t last forever, science and technology are evolving quickly—and who knows what therapies will exist in the future to save her life once again.

“We’re buying time,” Dreyer said. “Medicine changes. I can’t exactly predict where things will go, but what I do know is that the way we practice medicine today isn’t the same as what we did 10 years ago or 15 years ago, and so I imagine that innovations will likely occur over the same period of time going forward that will very significantly alter the clinical course or prognosis of our patients.”