Physician-researcher led the cancer center for 15 years through 2011 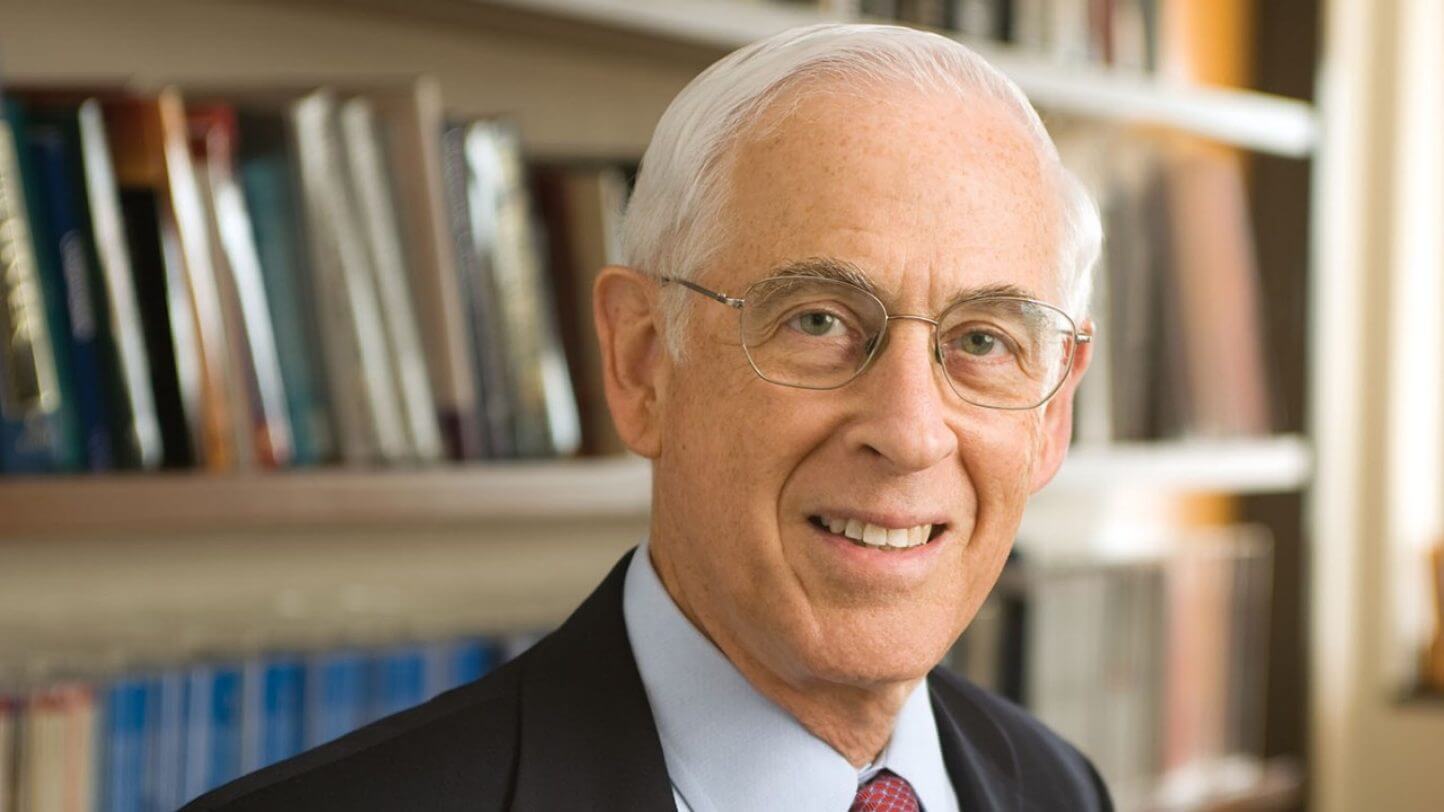 John Mendelsohn, M.D., the former president of The University of Texas MD Anderson Cancer Center who served from 1996 to 2011, died Jan. 7. He was 82.

A memorial service is set for 11 a.m. Monday, Jan. 14, at the Lillie and Roy Cullen Theater at the Wortham Center in downtown Houston.

Mendelsohn, a professor of genomic medicine, was the third president of MD Anderson and inspired the cancer center’s “Making Cancer History” slogan. His 15 years of leadership spanned significant achievements in research and patient care. He “directed substantial growth in staff, programs, facilities and philanthropy,” according to an MD Anderson news release. During each of his last five years as president, MD Anderson was named the top cancer hospital in the annual “Best Hospitals” survey published by U.S. News & World Report.

“We’re so sad and, obviously, mourning as an institution, as is the entire cancer community and everyone who knew and loved John,” said MD Anderson President Peter WT Pisters. “He is considered a very powerful figure nationally and internally in the field of personalized cancer medicine. That’s the field where we really interrogate the tumor for specific mutations and then treat those mutations with specific, targeted drugs. It’s also a field where we consider the needs of the patient holistically and approach the patient as a person—not as a tumor.”

During Mendelsohn’s tenure, MD Anderson’s revenue increased from $726 million to $3.1 billion, and its facilities grew from 3.4 million square feet to 15.2 million square feet. The number of employees and patients doubled and private philanthropy increased nearly tenfold to more than $2 billion raised.

“He was an amazing man. He was very friendly and generous and open,” said Andrea White, a local writer and former first lady of Houston whose husband, Bill White, served as mayor from 2004 to 2010. “When I think of him, I think of his enormous smile. Despite being so scientific, he was just openly warm with so many people. I really attribute his gift of warmth to the fact that MD Anderson is credited with being such a warm place for patients to go. That was in his DNA and he got that DNA into the culture of MD Anderson.” 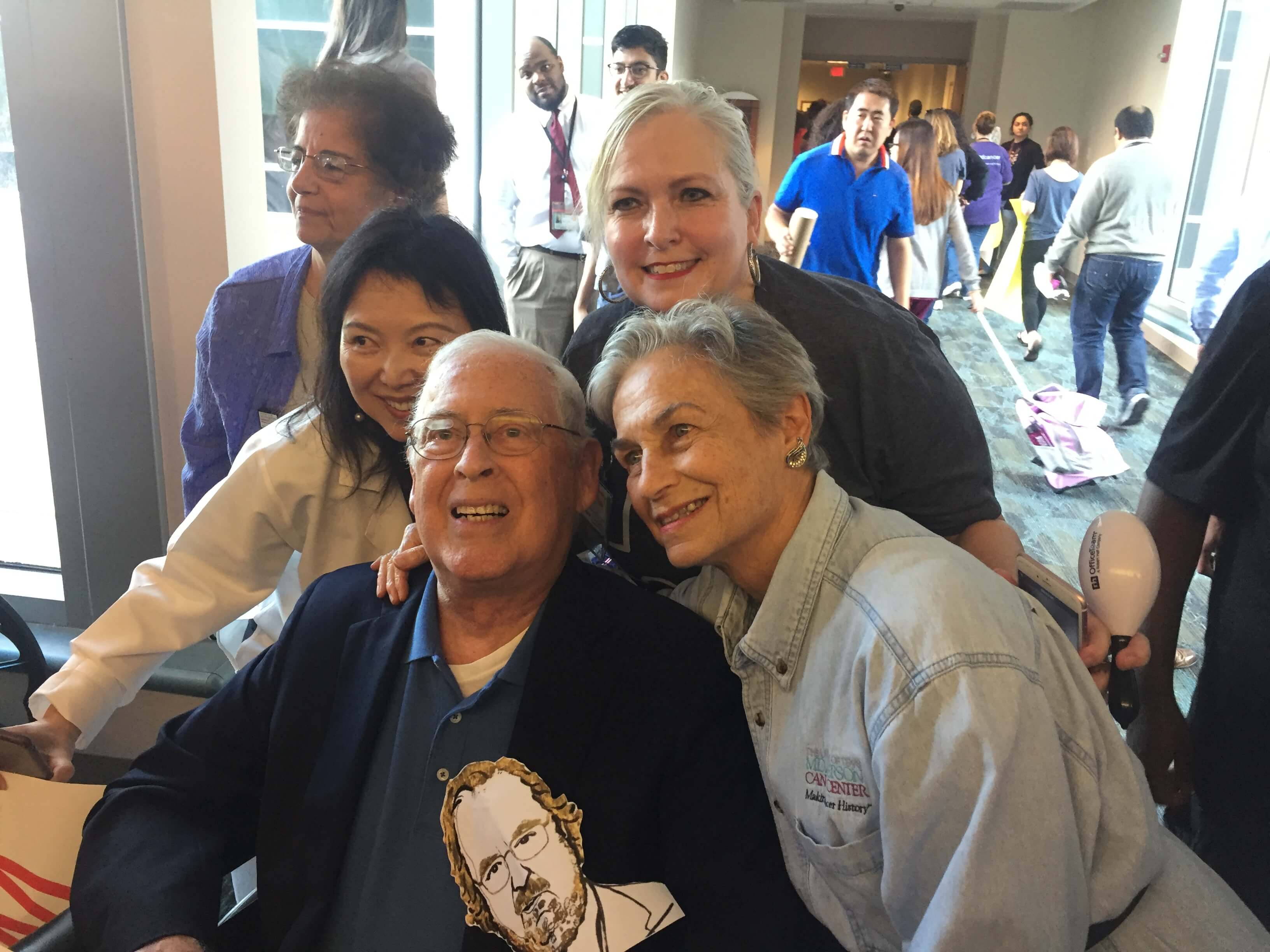 Mendelsohn joined the newly established UCSD School of Medicine faculty in 1970 and became the founding director of the University of California, San Diego’s cancer center. In the early 1980s, he began researching ways to fight cancer by blocking epidermal growth factor receptors. His work with Gordon Sato, Ph.D., and other UCSD colleagues that led to the development of the monoclonal antibody that later became Erbitux, also known as cetuximab. The drug was approved by the U.S. Food and Drug Administration in 2004 for treating advanced colorectal cancer and in 2006 for head and neck cancer.

Later, Mendelsohn served as chair of the Department of Medicine at Memorial Sloan Kettering Cancer Center in New York City, where he held the Winthrop Rockefeller Chair in Medical Oncology. He also was co-head of the Program in Molecular Pharmacology and Therapeutics, as well as professor and vice chair of medicine at Cornell Weill Medical College. In 1996, he left his posts in New York to become president of MD Anderson.

Pisters and his wife—Katherine Pisters, M.D., a medical oncologist at MD Anderson—knew Mendelsohn in New York City when they all worked at Sloan Kettering. The Pisters moved to Houston to work at MD Anderson in 1994, two years before Mendelsohn arrived.

“I had the incredible opportunity to observe him as president for all 15 years that he served the organization in the role that I am now privileged to be in. That was an unbelievable course in leadership,” Peter WT Pisters said. “I inherited an organization that really has benefited enormously from John’s work, efforts and vision.”

The cancer center was transformed during the Mendelsohn years. Campus migration within the TMC expanded MD Anderson’s footprint and set the stage to “regionalize” care across the Houston metro area.

“John put us on a pathway to move from a single point-of-service organization to an integrated delivery system across Houston,” Pisters said. “It was really a type of organizational metamorphosis and we are now at the point where the flower is appearing.”

Pisters also reflected on the MD Anderson community treating their president emeritus, who retired in August, as a patient.

“When we see colleagues migrate across the divide and they are now on the other side of the white coat, it is really profound,” he said. “And for our faculty members who had the privilege of caring for John, I know it was one of the most extraordinary privileges of their entire careers.”

Mendelsohn also made an impact on several Houston nonprofit organizations as well as to advance collaborative research between academia and industry. He chaired the board of directors of the Houston Grand Opera and served as vice chair of the board of BioHouston, Inc., a nonprofit corporation created in 2001 to promote the Houston area as a global competitor in life science and biotechnology commercialization.

“The other thing that should be emphasized is the commitment that John and his wife, Anne, had to Houston as a community. They set an amazing example for us as very strong and visible supporters of not only MD Anderson, but the entire Houston community including the Houston Symphony, Teach for America and many other non-medical-related community organizations,” Pisters said. “I know that John will be missed.”

In recognition of his many contributions, the John Mendelsohn Faculty Center was dedicated on Feb. 8, 2012.

Mendelsohn “listened to people and he led effectively because of that,” White added. “He had the scientific gravitas and the people skills that allowed MD Anderson to flourish.”

He is survived by his wife, Anne, as well as their son Andrew and his wife, Tina, of London; son Eric and his wife, Isabel, of Summit, New Jersey; and son Jeffrey of San Francisco; and eight grandchildren.

Memorial contributions may be made to the Anne and John Mendelsohn Chair in Cancer Research at MD Anderson Cancer Center, P.O. Box 4486, Houston, TX 77210-4486 or www.mdanderson.org/gifts or the Houston Grand Opera, 510 Preston St., Houston, Texas 77002 or https://www.houstongrandopera.org/support-us/donation.