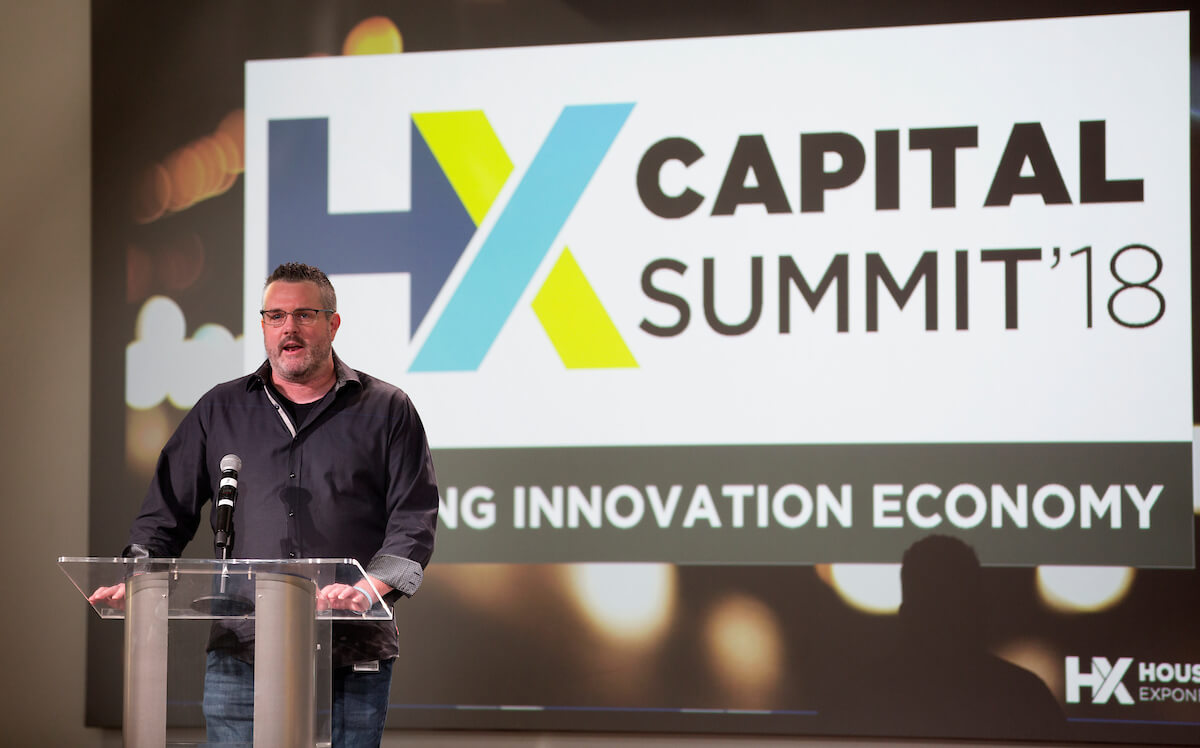 Houston’s accelerating venture capital landscape has yet to reach its full potential, but—with some work—this will happen, leading investment and entrepreneurship experts said at the 2018 Houston Exponential Capital Summit held at the Texas Medical Center this week.

“People don’t know what’s going on here,” said renown Silicon Valley venture capitalist Jack Gill, Ph.D., founder of Vanguard Ventures, a technology venture capital fund based in Palo Alto, Calif., and a professor in the practice of entrepreneurship at Rice University. “What we have to do is create momentum and tell the success stories.”

In recent years, Houston’s economy has welcomed an accelerating “entrepreneur ecosystem,” he said, and that progress must continue for Houston to attract more investment.

Erik Halvorsen, Ph.D., who directs the TMC Innovation Institute, emphasized the work of the TMCx accelerator in fostering an entrepreneurial culture in Houston. The program provides startup companies with shared workspace, a curriculum tailored to the needs of health care entrepreneurs and the guidance of more than 200 advisors from the front lines of the health care industry. Companies have access to the world’s largest medical center and work closely with TMC to refine strategies and build relationships across the member institutions.

“We’re bringing into this ecosystem 100 new healthcare startup companies per year and they’re coming from all over the world,” Halvorsen said.

The all-day meeting Dec. 4, 2018 in the Texas Medical Center’s accelerator space included panel discussions about the venture capital landscape in Houston, Silicon Valley and beyond, as well as presentations from investment professionals, serial entrepreneurs and incubator/accelerator specialists from across the nation. Attendees were greeted by Halvorsen and Houston Exponential board chair Gina Luna.

Gill said that Texas, even as the second most-populous state and home to Houston — the nation’s fourth-largest city — has the seventh-largest venture capital market with about 40 firms and $20 billion under management.

But, he added, there are major opportunities. According to PwC MoneyTree data shared by Gill, internet and health care were the top U.S. sectors for equity investments into venture-backed companies in the last quarter of 2017. Upcoming projects such as the planned TMC3 collaborative research campus and the renovation of the former Sears building downtown — slated to become an “entrepreneurial megaplex” led by Rice University — will draw the interest of investors, he said.

Last year, the Texas Medical Center announced the creation of a $25 million investment fund to support early-stage companies in the health space. And earlier this year, TMC announced a partnership with Baird Capital, which will establish its Houston office in the Texas Medical Center, providing access to commercialization and investment resources.

At mid-year, Houston had less than 10 percent of the state’s venture capital investment, according to 2018 second quarter figures Gill presented from Crunchbase News, compared to 65 percent in Austin and 21 percent in Dallas. But by the year’s third quarter, Houston nearly matched Austin in venture funding, Crunchbase reported.

Gill encouraged investors in Houston to increase their tolerance for risk, noting that huge returns will be difficult to obtain if they sit on the sidelines until they see an investment as a sure thing.

“Cutting-edge innovations always carry high risk and so if you don’t take some of those risks, you’re going to miss all the good deals,” he said.

Houston, he said, should continue telling investors across the globe about the city’s world-class educational institutions and its medical center, the largest in the world. Those assets are contributing to the culture of innovation and investment in life sciences.

“What we need most is entrepreneur education programs, more grants, more startups,” Gill said, “and then we have a story to tell.”