Can autism be treated with a simple microbial-based therapy?

Can autism be treated with a simple microbial-based therapy? 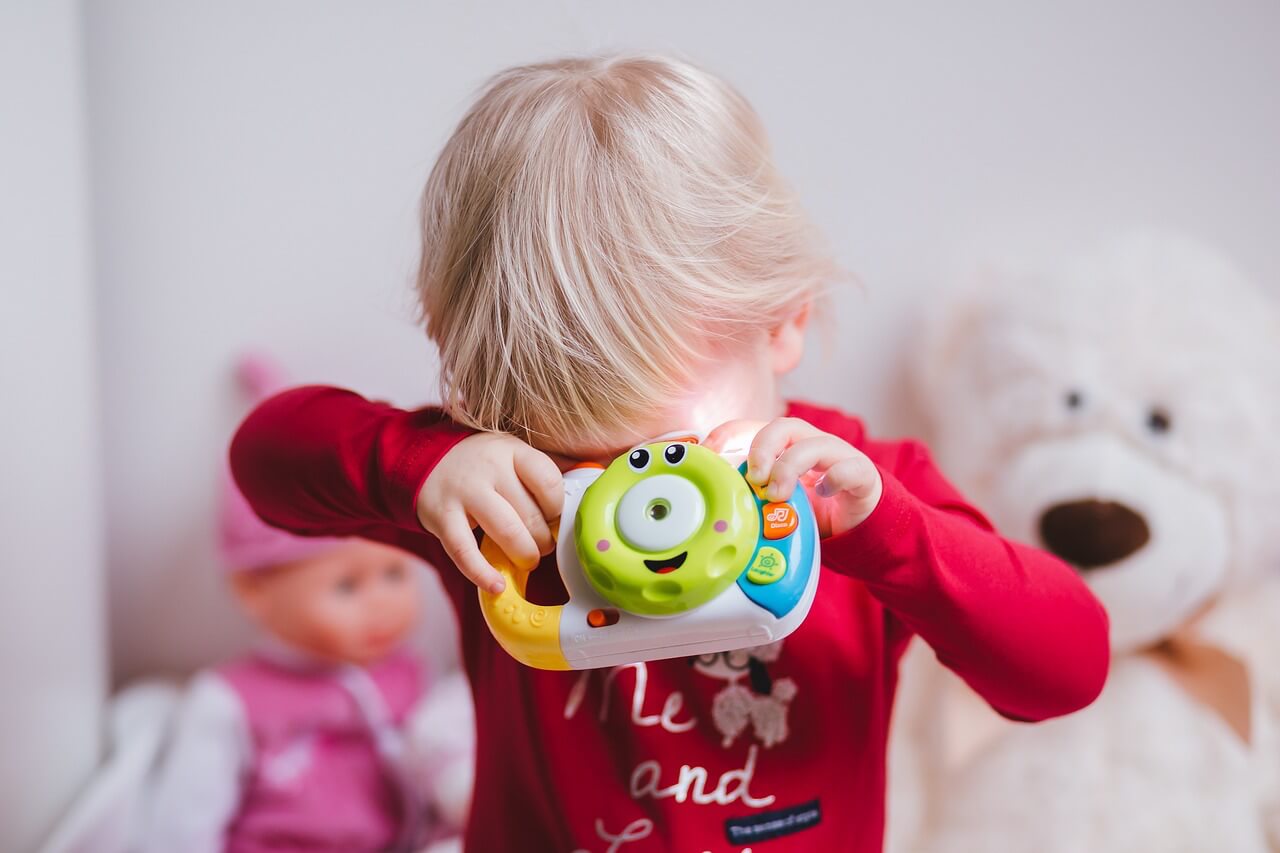 Researchers at Baylor College of Medicine have successfully reversed social deficits associated with autism spectrum disorders (ASD) in mice through a bacterial-based therapy. The unconventional approach, which was described in a recently published paper in the journal Neuron, has widespread potential for the development of noninvasive therapies for autism and suggests a future in which the microbiome plays a major role in the treatment of neurological conditions. TMC News Senior Writer Alexandra Becker sat down with the paper’s authors, Mauro Costa-Mattioli, Ph.D., professor and Cullen Foundation Endowed Chair of Neuroscience and director of the Memory and Brain Research Center at Baylor College of Medicine, and first author Martina Sgritta, Ph.D., a postdoctoral associate in the Costa-Mattioli lab, to discuss their findings.

TMC: Your research showed that the administration of the bacteria species Lactobacillus reuteri leads to specific changes in the brain that restored social behaviors in mice models with autism. Can you tell me more about the mechanisms involved?

Sgritta: We and others have previously shown that Lactobacillus reuteri increases oxytocin levels in the brain, but we didn’t know the channel of communication by which this microbe affects the brain. In this research, we determined that the vagus nerve and the oxytocin-dopamine reward system were both necessary for the social behaviors to be restored. When we cut the vagus nerve, the treatment with the bacteria had no effect. When we prevented the oxytocin to bind to its receptors in the specific brain area involved in social reward, the bacteria was not able to have an effect either. So L. reuteri needed both the vagus nerve and the oxytocin receptors to restore the behavior. 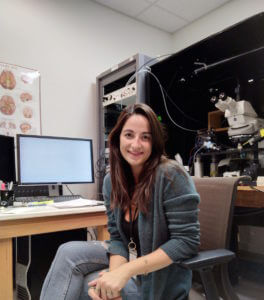 Martina Sgritta, Ph.D., a postdoctoral associate in the Costa-Mattioli lab at Baylor College of Medicine.

TMC: In your research, you used mouse models bred for genetic, environmental and idiopathic variations of autism. Why did you test different types and did it make a difference in your outcomes?

Sgritta: We took into consideration the different causes of autism to mirror the heterological aspect of this disorder. There are different etiologies underlying ASD and there is currently no cure for people with this disorder.  So, the goal of a treatment right now is to ameliorate the life of a person with ASD. What we found was that no matter the origin of the disorder, we were able to correct social behavior through the Lactobacillus reuteri.

Costa-Mattioli: There are three symptoms which define the disorder: social deficit, repetitive behavior and language impairment. Through this research, we have only reversed one leg of autism in the mice—the social deficit. But the other two legs, we haven’t tested.

TMC: The connection between the gut and the brain is becoming more recognized in the scientific community and, increasingly, among the general public. Do you think people have been surprised by your results?

Costa-Mattioli: The connection is not shocking. What is shocking, though, is that we may end up with a particular strain of bacteria as a way to treat this brain disorder—we have trillions of bugs in our guts and it may be one of these bacterial species that could be used to ameliorate specific symptoms. It’s extremely important to point out that this bacterial strain has only been shown to restore social deficits and it has only been shown to do so in mice.

TMC: Where does Lactobacillus reuteri originate?

Sgritta: It is found in the gut and what we are doing is boosting its presence with our treatment.

Costa-Mattioli: We used a human strain of this bacteria to treat mice and the specific bacteria we used is found in the gut and also in breast milk. A colleague of mine at the University of Alberta, Jens Walter, has studied the evolution of this bacteria over the years, and, comparing the gut microbiota of U.S. people and non-industrialized areas, he has discovered that this bacterial strain was not detectable in the gut of westernized human populations, while it was found in the gut of people living in rural communities. So, perhaps diet, or stress, or all these conditions have eliminated this bacterial strain from our gut. So, if you go and you look at people here in Houston, you will maybe have a hard time finding this bacterium at all. But if you go to native populations, or study the microbiome of people from 50 years ago, the probability that you would find it is higher.

TMC: Autism Spectrum Disorders are on the rise and there are varying theories about why. For one, there is more awareness and testing, which could lead to higher rates of diagnosis. But there are also theories related to environmental factors. Based on your finding that Lactobacillus reuteri can restore a key symptom of autism in mice, could there be a correlation between its disappearance and a rise in ASD? Put another way, could a lack of Lactobacillus reuteri be a cause of autism? 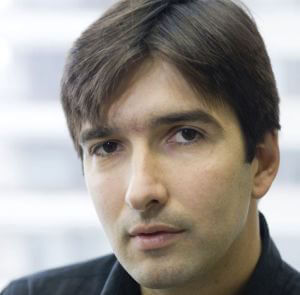 Costa-Mattioli: First, we don’t know the answer. But it’s also important to point out that ASD is believed to be caused by many different factors. Perhaps a small population of cases of autism could have a pure microbial component, but it goes beyond this. Lactobacillus reuteri can be compared to an aspirin. What our study has shown is, despite the reason why the mouse is autistic, the bacterium helps restore social function. There are many reasons why you could have a headache, but it doesn’t matter the reason, when you take an aspirin, it could be effective in treating the headache. So, despite the origin of the disease, you could use this bacteria as a treatment in mice.

TMC: How did you administer the bacteria to the mice?

Sgritta: We put it in the water they drink every day.

TMC: Looking forward, could this non-invasive treatment someday be offered to humans with ASD?

Costa-Mattioli: The dream of this unconventional approach is that we would be using this or a similar microbial-based treatment. This particular bacterium, for instance, is considered safe in people and it was already given to infants to treat colic. There are no secondary effects and there is no toxicity. It is non-invasive and, perhaps, could someday just be added to yogurt—or taken in a pill form or, perhaps, with water. It is still extremely early to envision this, but if this were to be true, I think not only will we have to change the way we think about the disease, but also new treatments. Because you’re treating the brain through the gut, which, a few years ago, was sort of unthinkable. But now, it might become a reality.

Costa-Mattioli: Given what we have learned, I think it would be a good idea to start to consider creating a very serious clinical trial. That would entail a study in which we determined the specific dose for humans, the concentration and so on. So, we are working on the beginning steps for this.

TMC: What would you tell parents of children with autism who may come across your research?

Sgritta: Be careful when reading this news and all other research. We have to wait for a clinical trial and don’t self-medicate. These findings need to be studied in humans first.

Costa-Mattioli: Don’t go to the supermarket and buy this bacterial species. If we want to give this a chance of success, the study needs to be done in a very careful way. But there’s hope. This isn’t surgery, this isn’t deep-brain stimulation, this isn’t psychological therapy; it is, perhaps, a new avenue. This is something that is in your gut and this is such a new view that it’s amazing the number of people who are reluctant. But science will tell. Science will prevail.