James P. Allison, Ph.D., delivered his Nobel Lecture on Dec. 7 at the Karolinska Institutet in Stockholm 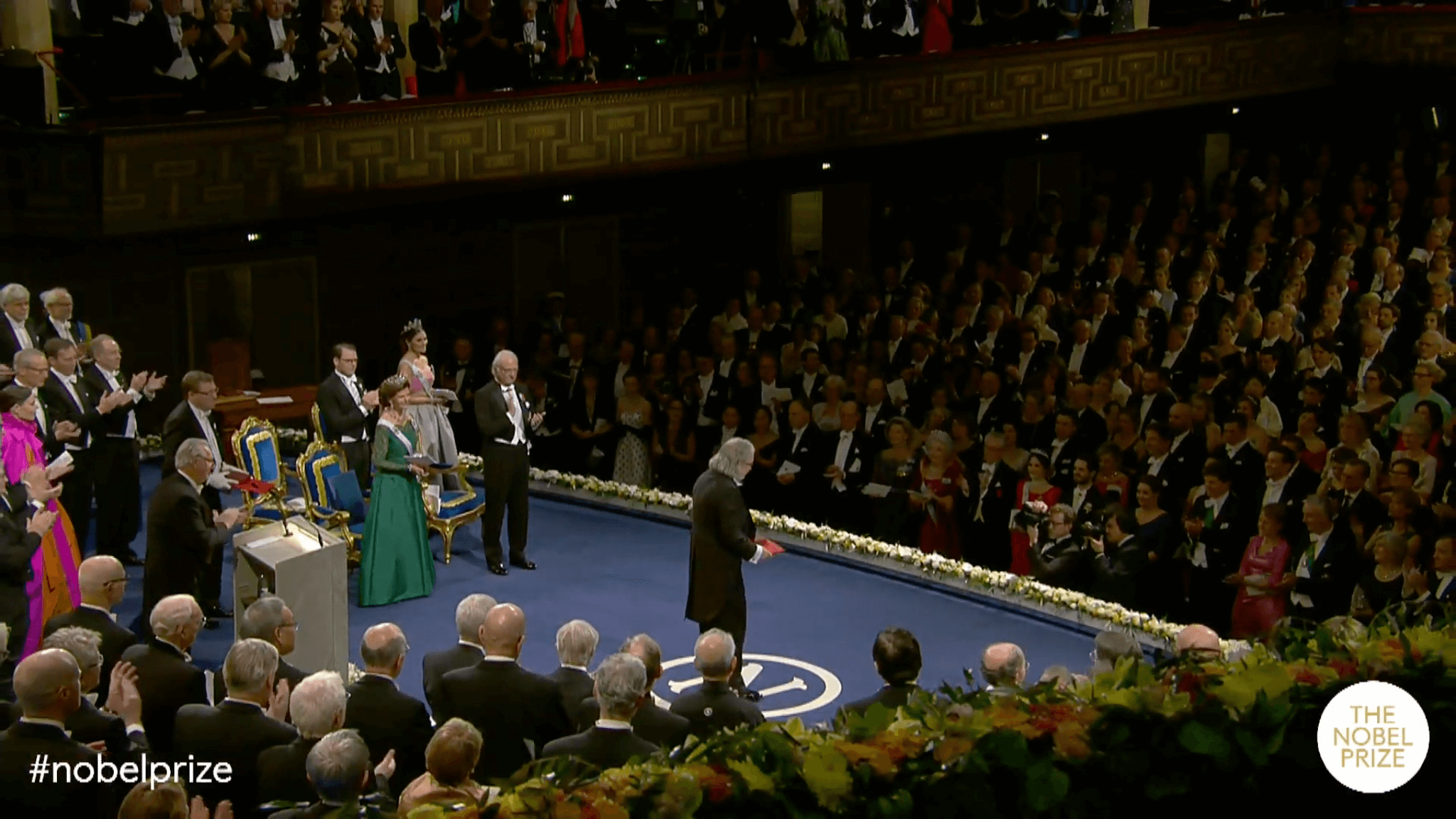 The ceremony begins at 9:30 a.m. Houston time at the Stockholm Concert Hall and will be live-streamed here.

The pair were announced on Oct. 1 as laureates for the discovery of cancer therapies that stimulate the immune system to attack tumor cells. Treatments developed from Allison’s work have extended the lives of thousands of people with advanced disease, though certain cancers have responded better to immunotherapy than others.

Both Allison, 70, and Honjo, 76, made discoveries that led to the development of “checkpoint inhibitors”—drugs infused into patients to block molecules that put the brakes on T cells. By releasing these brakes, the body’s own immune system is able to fight cancer.

Each scientist will receive a Nobel medal and diploma. They will also share a nearly $1 million prize.

According to MD Anderson, Allison has been busy during Nobel Week in Sweden. On Thursday, he signed the bottom of a chair at Bistro Nobel in the Nobel Museum in Stockholm’s Old Town. The ritual is part of a traditional museum visit by Nobel winners and launches the week’s events.

Laureates traditionally donate artifacts to the Nobel Museum. Allison presented the museum with the following items:

Allison is the first Nobel laureate for MD Anderson, where he is a professor and chair of the department of immunology. He is the executive director of the Immunotherapy Platform, which is part of MD Anderson’s Moon Shots Program—an ambitious effort to more rapidly reduce cancer deaths and suffering by developing advances in prevention, early detection and treatment based on scientific discoveries. In addition, Allison holds the Vivian L. Smith Distinguished Chair in Immunology and serves as deputy director of the David H. Koch Center for Applied Research of Genitourinary Cancers in the department of genitourinary medical oncology.

Read more about Allison in this profile published in the November 2018 issue of TMC Pulse.