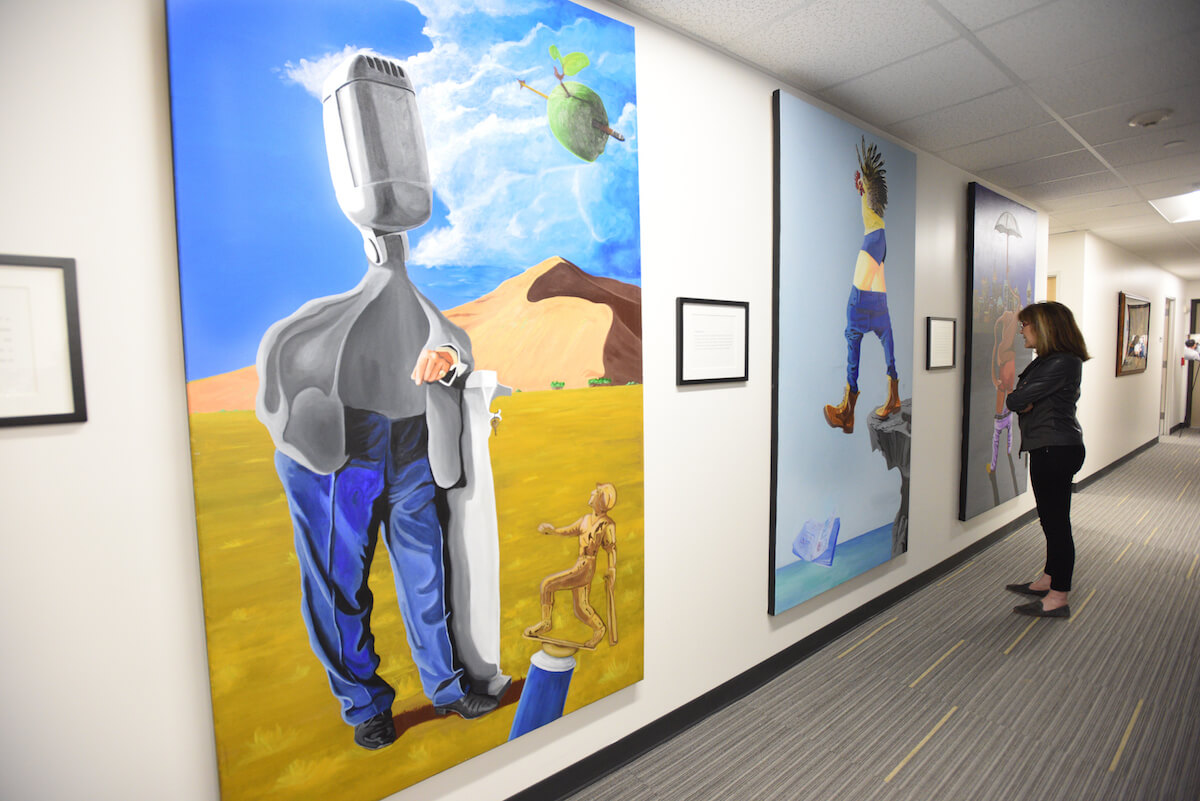 Kelly Gale Amen, the founder of Cancer Below The Belt, focuses his health activism on the “Dirty Dozen” or the 12 cancers that hit at waist level or lower because they continue to be the most taboo.

“I had prostate cancer in 1992 and I have helped so many organizations and then I thought: Why aren’t you helping what you believe in?” Amen said.

“Prostate and down here,” he gestured. “Nobody talks about these cancers. Nobody. And that’s not OK. It’s OK to talk about your penis and necessary to get people out there to share in it, otherwise, we can’t possibly get to wellness.”

To share the stories of patients with cancers below the belt, Amen teamed up with Corey Scott, a former art student at the University of Houston, to put a face to each of the “Dirty Dozen” cancers through the Cancer Portrait Series. The exhibit is now on permanent display at Baylor College of Medicine’s Department of Epidemiology and Population Sciences.

To create the abstract, hyper-realistic portraits, Scott took a photograph of each person, gathered a history on their background and then used a little creative license to finish each painting.

Amen employs his vocational creativity in the work. Professionally, he’s an interior designer—or designer of functional furniture as he calls it—whose work has influenced the environments at NASA, the Museum of Natural Science and Eleanor Tinsley Park.

In addition to the portrait series, Amen employs a number of different methods to increase awareness of the “Dirty Dozen” cancers. His friend and supporter, Alison Baumann, the youngest granddaughter of Texas petroleum magnate and philanthropist Hugh Roy Cullen, will be helping Amen on another Cancer Below the Belt initiative soon.

“I am so excited watching Kelly and how he has come from cancer below the belt up to this,” Baumann said. “I’m so amazed by the medical center and the work that is done here.”

And while an art gallery might seem like a more obvious location for the collection, Amen thinks the series has found its perfect home in the halls of a medical school.

“It’s right here in the middle of Baylor where doctors can do screenings,” Amen said. “I don’t want it to be thought of as just art. I want it to be a mission, so I would rather it be here where all of the doctors and the people who work here know the passion of the mission.”