Where to bike share in the Texas Medical Center

Where to bike share in the Texas Medical Center 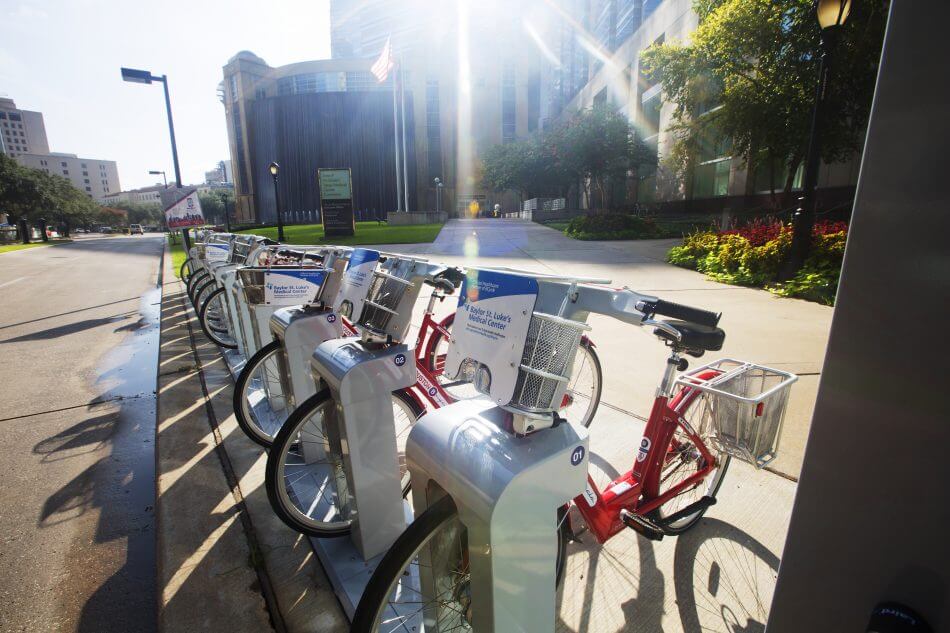 “The Texas Medical Center is the size of a city, and any city needs to have multiple transportation options,” said Abbey Roberson, TMC’s vice president of planning. “These new stations provide members of our community with another way to travel to and within this expanding medical city.”

Users can rent a bicycle from any station and return it to any other station in the network (see map below). One-time users pay $3 for 30 minutes of use, but members can pay $9 per month or $99 per year to use the bikes. “We are thrilled about Houston BCycle expanding into the Texas Medical Center,” said Beth Martin, executive director of Houston Bike Share, the nonprofit organization that operates the BCycle bike share program.

Houston BCycle debuted in May 2012 with a downtown pilot that consisted of three stations. Currently, the system has more than 80 stations and nearly 500 bikes in Houston, and it’s expanding. Martin said the new stations should be useful for students and employees traveling within the TMC campus. Since the stations are near METRO stops, they’ll provide connections to the whole city, as well.

Adding BCycle stations to the TMC campus is also a way to encourage healthy travel options. “We are grateful for this partnership with TMC and honored to play an ongoing role in the transformation of TMC’s transit landscape to improve mobility,” Martin said.

Visit houstonBCycle.com for a full station map and to sign up for a membership. 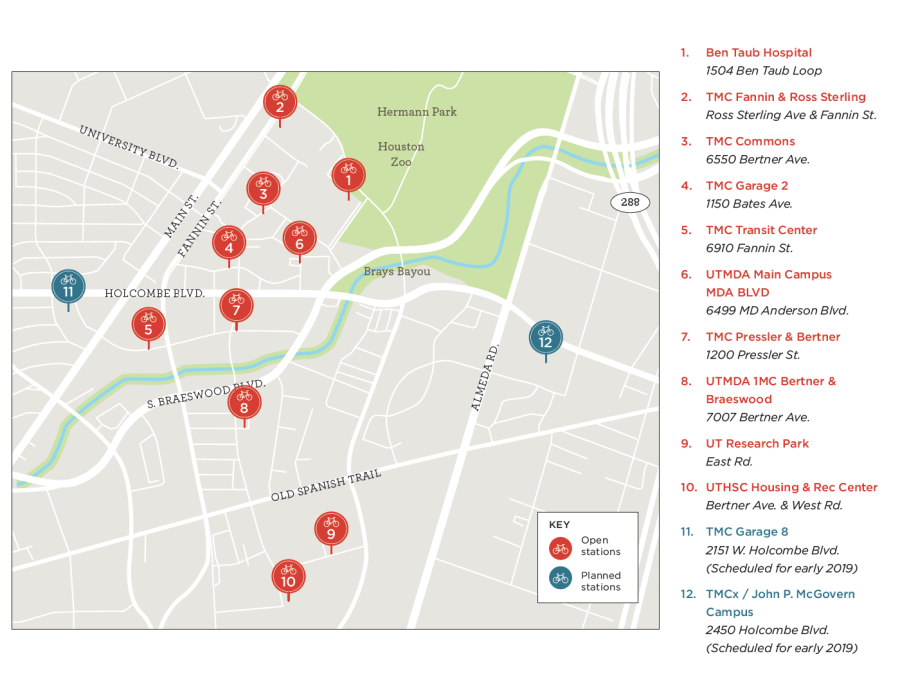