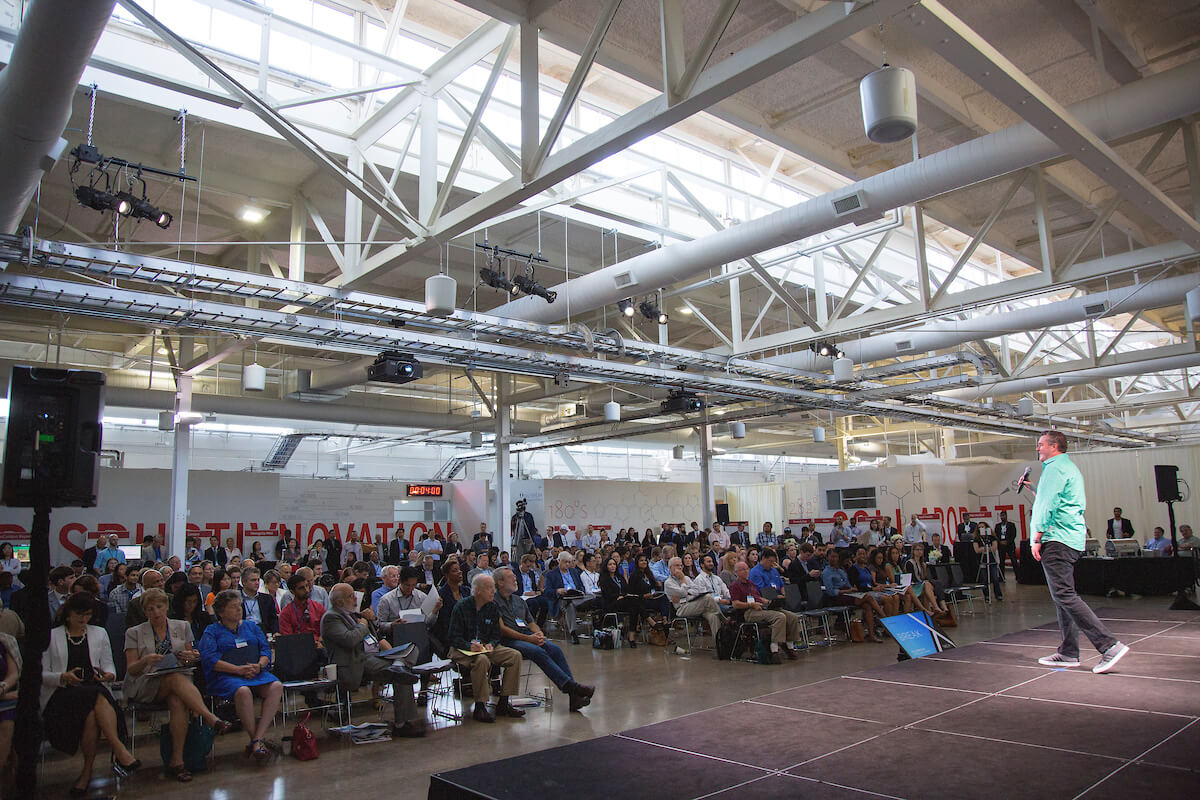 Medical devices come in all shapes and sizes, but there’s one ear-cleaning device that resembles Beats by Dre headphones.

OtoSet, developed by a team of biomedical, electrical and software engineers known as SafKan, is a wearable device that offers pulsed irrigation and ongoing suction designed to eliminate earwax in about 35 seconds.

Plus, the headset looks cool.

“My brother, Aadil, used to have a lot of earwax,” said Sahil Diwan, SafKan co-founder and CEO. “He couldn’t hear out of his left ear, so he had to go to a primary physician to get his ears cleaned every few months.”

Today, Aadil Diwan is a biomedical engineer as well as the chief technical officer and co-founder of SafKan. He invented OtoSet and, yes, Beats by Dre headphones were a design inspiration.

OtoSet is just one of 23 medical devices that will be pitched at TMCx Demo Day on Wednesday, Nov. 14, 2018. Entrepreneurs who are finishing up a four-month stint in the TMC Innovation Institute’s accelerator program will showcase their progress in getting their devices in front of medical personnel and bringing them to market.

The TMCx accelerator provides startup companies with shared workspace, a curriculum tailored to the needs of health care entrepreneurs and the guidance of over 200 advisors from the front lines of the industry.

The program’s goal is to quickly and effectively connect entrepreneurs to stakeholders.

Participating companies have access to expertise from across the Texas Medical Center, and importantly, they don’t pay fees or give up equity. During their time here, participating companies work with the TMCx team to refine their business strategies and build relationships across the Texas Medical Center. Their time in the program culminates with the twice-yearly TMCx Demo Day event.

Leaders at the SafKan team say the experience with TMC has been helpful.

“We had a high response rate from reaching out to physicians,” Sahil Diwan said. “All of them said as long as OtoSet was safe, effective and affordable, it should be a good product.”

Excessive or impacted cerumen—a naturally-occurring substance that helps protect and lubricate the external auditory canal—is present in 1 in 10 children, 1 in 20 adults and 1 in 3 individuals over age 65, according to the American Academy of Otolaryngology-Head and Neck Surgery. Earwax impaction is also a major health problem worldwide and a main cause of primary care consultations and common co-morbidity in otolaryngology clinics, according to the Journal of Family Medicine and Primary Care.

SafKan is marketing OtoSet to clinicians. Silicone nozzles in the device release a mixture of warm water and hydrogen peroxide into the ear canal, which loosens and flushes out the earwax. The liquid solution and earwax are then suctioned into the automated device.

“It will be used mostly by a nurse,” Diwan said. “The physician doesn’t have to do this procedure.”

A consumer version of the device is also planned, but it will focus on prevention of impacted earwax.

SafKan has run two successful clinical trials of OtoSet and plans to submit the device for U.S. Food and Drug Administration approval in 2019.

“We want OtoSet to be the new standard of care,” Diwan said.

Another wearable device that will be pitched Nov. 14 at TMCx Demo Day is the VerteCore Lift, which offers spinal decompression therapy. The lightweight device can be worn by patients as they go about their daily routines.

“Our tag is that we allow patients to be drug free, surgery free and pain free,” said Paul Leake, CEO and founder of VerteCore.

Like OtoSet, the VerteCore Lift grew out of a real need in Leake’s life after he fell while rappelling in the U.S. Army.

“I was a specialist at Fort Rucker,” Leake explained. “I had a training accident and the doctor gave me two choices: a spinal procedure where they fuse my vertebrae, or I could live in pain for the rest of my life.”

Leake elected not to have back surgery.

“For a little over a decade, I was in chronic pain and trying to avoid opioid usage,” he said. “I learned about decompression therapy from a friend. But neither the VA nor my insurance carrier covered the therapy.”

Spinal decompression therapy involves stretching the spine to relieve back pain. Typically, patients are treated on a traction table or a similar motorized device.

“In decompression therapy, they put you on a giant hydraulic computer-controlled table,” Leake said. “You are literally held captive. Being prone or supine—that’s not what your body wants.”

So Leake set about designing a device for an ambulatory user.

“We wanted to design something you could walk around in while you were being decompressed,” he said. “Something adjustable and customizable.”

The VerteCore Lift is a wearable brace that aims to offer relief from compressed or bulging discs, sacroiliac joint dysfunction, pinched nerves, sciatica and functional scoliosis. The device decompresses the spine by way of a dual support harness combined with a ratcheting system on either side of the brace. Handles on each side of the brace can simultaneously jack up the brace until back comfort is optimized.

As the VerteCore website explains: “Creating more space between the spine’s discs generates inverse pressure within the discs, thereby assisting the return of blood flow and resorbing the bulging disc material, relieving pressure on pinched nerves.”

Leather pouches house the top and bottom portion of the decompression unit, Leake explained, and the attached belts are designed with crumple zones.

“When you pull on the thumb ring to tighten, it basically conforms and adheres to your body,” Leake said. “We wanted a device as universal and adjustable as possible.”

At the moment, the device is priced between $599 and $799, depending on the model. In addition, the company has entered a collaborative agreement with AT&T Foundry at the TMC Innovation Institute to develop a smart brace that will physicians to track its usage, set protocols and make sure patients are using it properly.

The VerteCore Lift has been approved by the FDA as a Class 1 medical device, Leake said, which includes those with the lowest risk.

“We can sell to consumers or clinicians,” Leake said. “We have manufacturers and distributors established.”

The company has spent most of its time in the TMCx program focused on final manufacturing tweaks.

“We just need somebody to fund it,” Leake said.