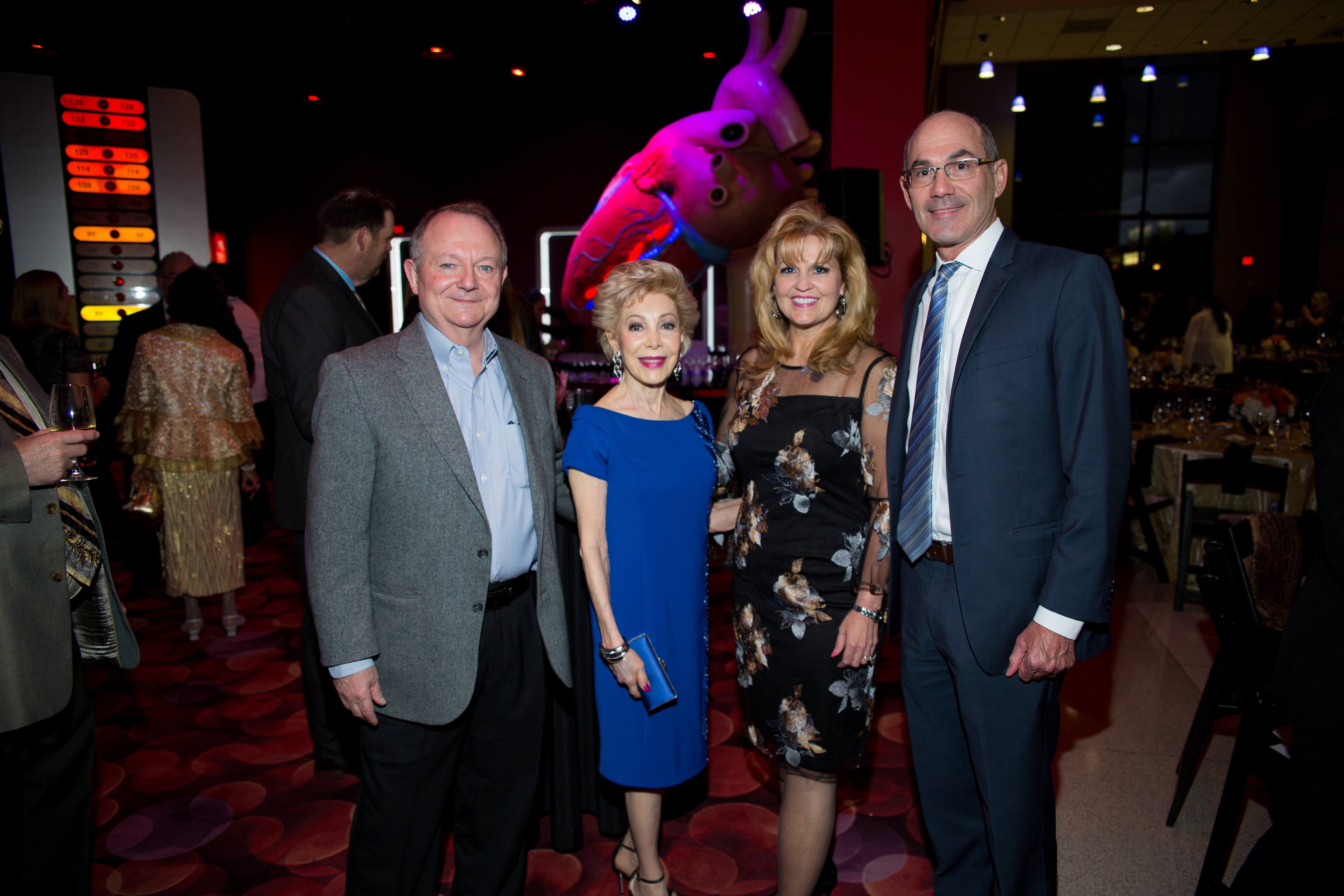 The John P. McGovern Museum of Health and Medical Science celebrated its 22nd anniversary as Houston’s most interactive science and health learning center by hosting its largest fundraiser of the year.

As guests explored The Health Museum, they were offered drinks by bartenders in lab coats. During the dinner, John Arcidiacono—the institution’s new president and chief executive officer who previously served as healthcare marketing leader for Price Waterhouse Coopers and as vice president of marketing and public relations for the University of Texas MD Anderson Cancer Center—presented the 2018 Hearts of Gold Award to Gina Bhatia and Houston Methodist heart surgeon Devinder Bhatia, M.D.

Guests also participated in an auction with prizes including a weekend stay in the Colorado Rockies and a private tour of Ben Taub Hospital led by longtime chief of staff Kenneth L. Mattox, M.D., who is also surgeon-in-chief at the safety net hospital and a board member of The Health Museum.

Proceeds raised during the gala will benefit The Health Museum’s numerous programs that motivate and inspire the next generation of scientists, engineers, mathematicians and medical practitioners.