The Intersection of Art and Medicine 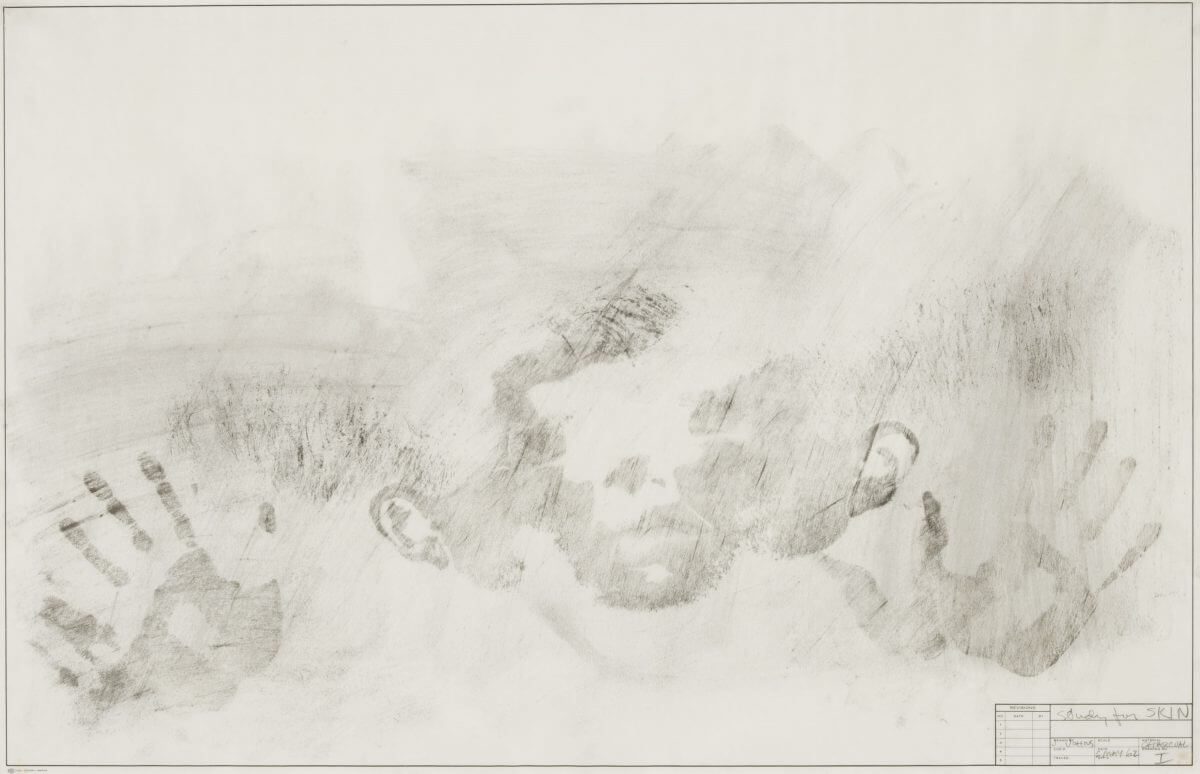 Jasper Johns declared himself an artist more than six decades ago when he began exploring the human condition through drawing. Over time, his works have been associated with abstract expressionism and pop art. This month, a compilation of his drawings spanning from 1954 to 2016 will be the inaugural exhibit at the new Menil Drawing Institute.

The Condition of Being Here: Drawings by Jasper Johns takes viewers on a journey of what it means to be human—both physically and emotionally. 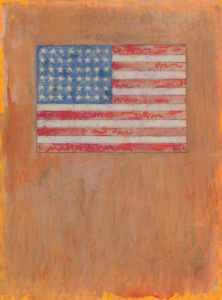 “We tend to think about drawings as pencil or pen on paper,” said Kelly Montana, assistant curator at the Menil Drawing Institute. “These drawings are also oil on canvas, ink on plastic. … You can see that the ink kind of does what it wants. … It stops of its own volition.”

Johns’ half-century fascination with the human body and curiosity about the human mind are evident in his sketches, which are reminiscent of figure studies by Leonardo da Vinci and the abstract works of Pablo Picasso.

“For Johns, skin was a container, it was a material, … a way to think about the body,” Montana said. “The skin holds everything in and is part of this world.”

In the studio of his Connecticut home, Johns covered portions of his body in oil to create Study for Skin I. Once the oil was applied, he rubbed his body onto a sheet of drafting paper and went back over the oil with charcoal to find impressions of his body to visualize the three-dimensionality of the human form on a flat surface.

“This concept of transferring the world into a flat surface is an idea that has longevity in art. Think of the Renaissance,” Montana said. “How do we make the world seem like the way we see it on paper? It requires an understanding of vision, but also a complete reorientation of depth.”

In Green Angel and an untitled drawing from 1973, Johns rearranges the human body. For the untitled piece, human body parts were cast and traced onto canvas with oil paint and graphite pencil. In an interesting twist, Johns did not place the tracings to recreate the human form, but jumbled them on the page. 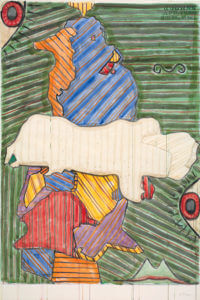 “A subtle disorientation of the viewer is behind each of these works,” Montana said. “He has taken the elements of the lips, moved the lips and he’s moved them into this square configuration.”

Johns also explores the emotional toll of life in his drawings. From his depiction of an anguished soldier returning home from the Vietnam War to more domestic drawings made from the vantage point of his bathtub, Johns conveys the subtleties of mood and circumstance.

“The way his life transpired in the mind’s eye concerned him, so he went to see a psychologist,” Montana said of the artist, now 88, a Georgia native who was raised in South Carolina. “The psychologist called this ‘racing thoughts’ and said that they are very normal. There are lots of different things in [this drawing]—it’s the bathtub, it’s a weird sign in German—things that are major moments in your life mixed with private moments and these moments that stand out to you for some reason.”

Ultimately, Johns’ work is suggestive, even subjective, which gives viewers a chance to pull from their own experiences and draw their own conclusions.

“I think [humanity] fascinated him,” Montana said. “I think that if Johns wasn’t such a masterful draftsman, I think in a lot of ways he would have been a philosopher.”