TMC3 "will be the most exciting, activated area of the medical city," Bill McKeon says 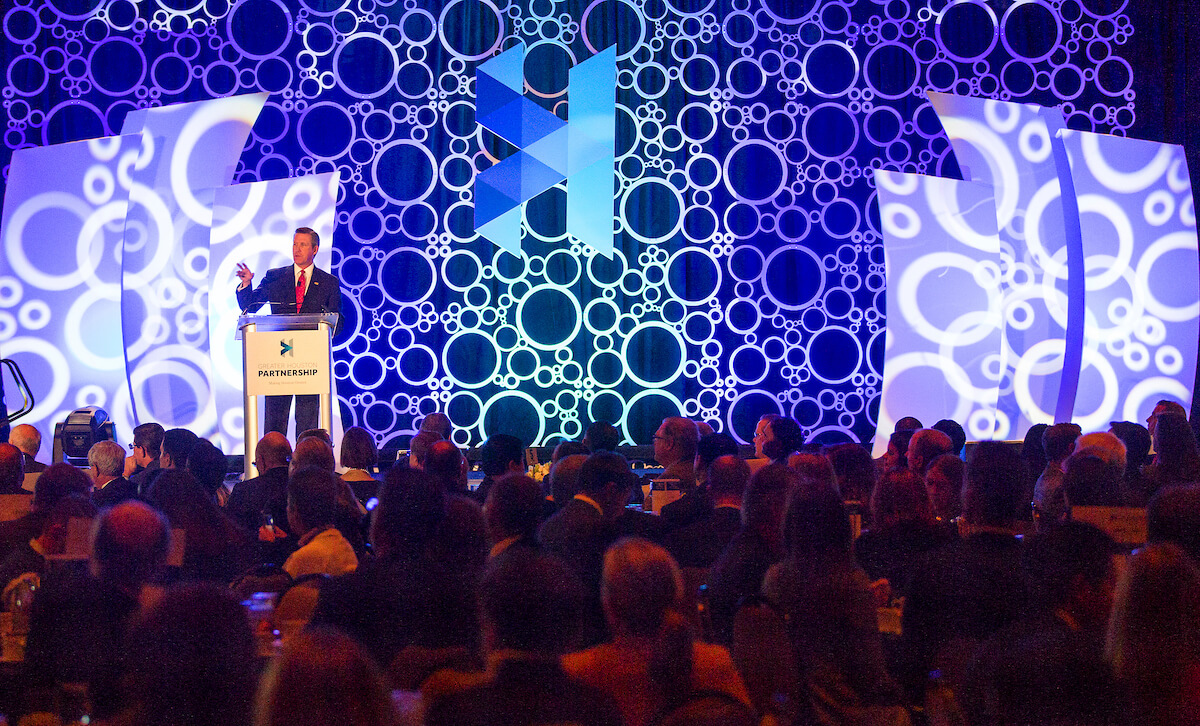 McKeon’s remarks came at the State of the Texas Medical Center, hosted by the Greater Houston Partnership at the Hilton Americas.

The planned TMC3 biomedical research hub will cluster researchers and industry experts together on a collaborative 30-acre campus off of Bertner Avenue, between Old Spanish Trail and Braeswood Boulevard.

“It’s what I think will be the most exciting, activated area of the medical city in the future,” McKeon said.

In addition to research space and labs, the project will contain office buildings, retail and restaurant space, a hotel and conference center and an iconic rooftop park. The rooftop park will take the iconic double helix shape of a DNA strand and is being designed by famed landscape architect James Corner, who designed New York’s High Line, among other world-famous projects.

The park, McKeon said, is especially important now, as cities across the country increasingly see the value of green space.

“I think it’s going to be a differentiator of our city for the next 50 years,” McKeon said of the Helix Park. “The way you compete with Boston and San Francisco is by (increasing) density and taking advantage of this green space.”

In his remarks, McKeon also highlighted new TMC partnerships with Australia and the United Kingdom, known as BioBridges, that will foster collaboration between researchers in each of those countries and TMC, with the goal of accelerating discovery that will lead to life-saving treatments.

“When I travel the world, my calling card is the Texas Medical Center, because that’s what they think of when they think of Houston,” Harvey said.

McKeon discussed the role TMC has played in fostering the development of medical startups in Houston. He said TMC’s new Venture Fund has invested $2.5 million in early-stage companies, providing them with the vital capital they need to grow. Profits from those investments will be directed back into the Venture Fund so that TMC can continue to support other companies.

He also spoke about the work of TMC’s Clinical Research Institute, which developed a common Institutional Review Board (IRB) that can be used across TMC members, increasing the speed at which clinical trials can be launched and conducted. The effort eliminates the redundancy that researchers face when they must seek approval to conduct trials at multiple institutions.

McKeon touted the nearly two dozen medical device companies that just completed their time in the TMCx accelerator, culminating in this week’s Demo Day event at the TMC Innovation Institute. The 23 companies that just graduated from the program have signed a total of 101 agreements with TMC members in just a few months.

“There’s no place else in the world you can do that,” he said.