Experts react to He Jiankui's shocking announcement of making the first "designer babies" and discuss the ethical implications of his work. 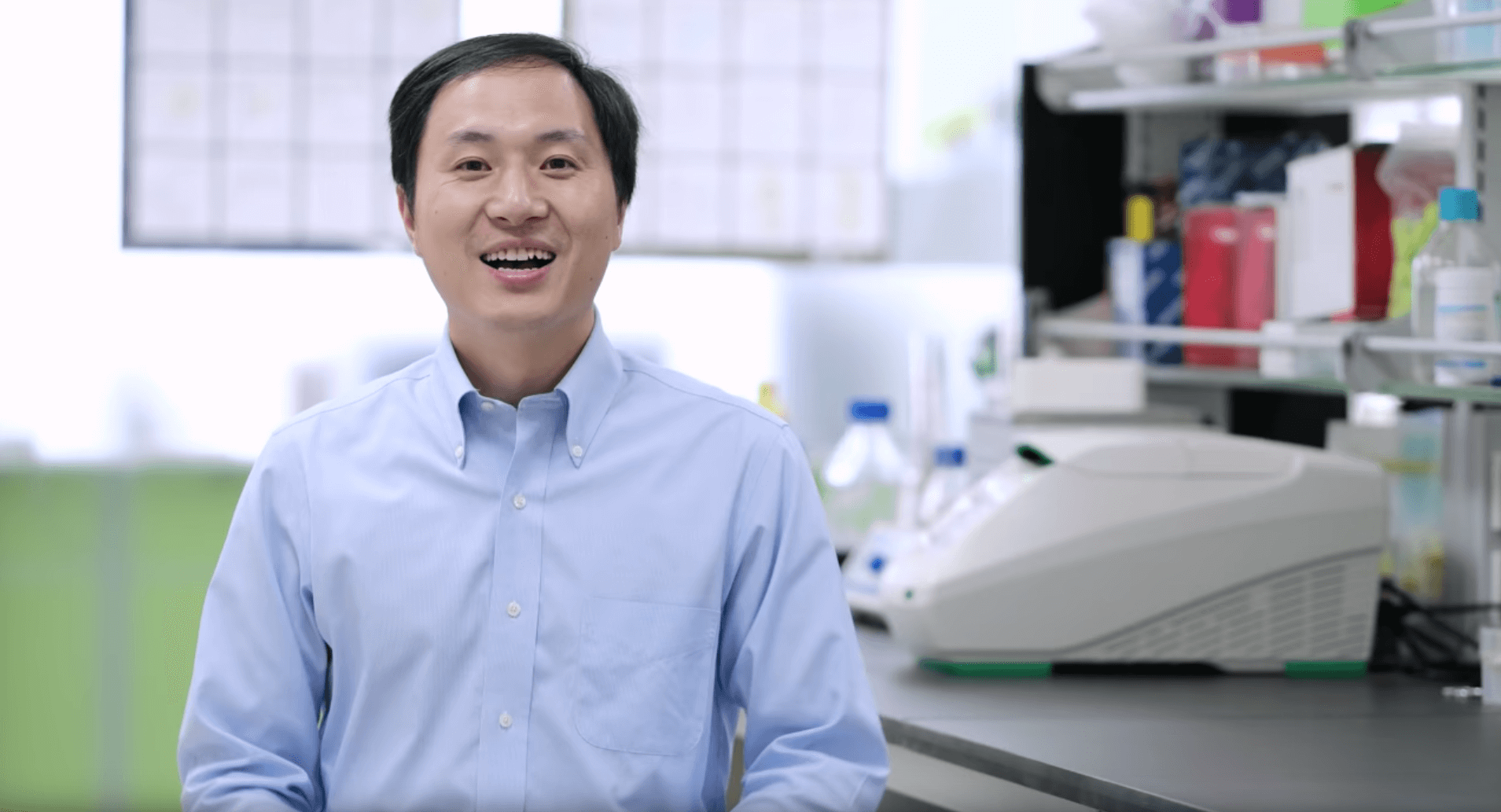 With the global scientific community still reeling from scientist He Jiankui’s announcement that he had created the first gene-edited babies using CRISPR technology, experts at the Texas Medical Center spoke out about the ethical implications and the unintended consequences that could follow.

“If it’s real, [He has] taken a technique all the way through and done something absolutely sensational and absolutely dangerous,” said Christopher Scott, Ph.D., Dalton Tomlin Chair in Medical Ethics and Health Policy and associate director of health policy at Baylor College of Medicine. “Ethics is clear that we don’t intentionally experiment on humans in high risk situations and this is the highest risk you can imagine. There is no complete understanding of all the risks. Science is still working all of that out. It may be decades before we get to a level where we have a comfort about CRISPR engineering a baby.”

In a video posted on YouTube on Nov. 25, He Jiankui, Ph.D., a Chinese physicist on leave from Southern University of Science and Technology in Shenzhen, claimed to have genetically edited the embryos of twins Lulu and Nana, who were born a few weeks ago to Grace and Mark, false names he used to protect the mother and father’s identities. He stated that he used CRISPR-Cas9 to genetically alter the twins’ DNA to prevent HIV infection because the father, who is HIV-positive, did not want his children to be infected, as well. After He disabled gene CCR5, which produces a receptor that allows HIV to enter cells, he implanted Grace with the gene-edited embryos, resulting in the birth of the twins.

CRISPR-Cas9, which stands for CRISPR-associated 9, is a powerful genome editing tool that has in recent years allowed scientists to easily modify gene function by essentially cutting and pasting DNA using specialized proteins. Scientists tout CRISPR-Cas9 as a tool that will open up a whole new realm of possibilities—from potentially correcting genetic defects to preventing and treating diseases.

But because the scientific community does not yet have a complete grasp on the implications and risks of human germline editing, an ad hoc group of scientists called for a global moratorium in 2015 on gene-editing that could be passed down to generations. Their ban on germline editing was based on the fear that CRISPR-Cas9 could open a Pandora’s box: The technology is so simple to use, yet so powerful and effective, that rogue scientists might conduct human experimentation before its safety and risks are fully understood.

On Nov. 28, the second day of the three-day Second International Summit on Human Genome Editing, He admitted that his university was unaware of the study. He also announced that he had implanted a gene-edited embryo in a second woman.

Although He has not yet provided peer-reviewed data on his work, his claims have already raised serious ethical questions by experts within the scientific community.

According to pediatrician and geneticist Brendan Lee, M.D., Ph.D., Robert and Janice McNair Endowed Chair and professor of molecular and human genetics at Baylor College of Medicine, the idea of turning off the CCR5 gene is not new. Numerous studies have been performed using gene therapy by extracting blood cells and, in a lab, mutating the CCR5 to restore or provide HIV resistance.

“The idea itself is scientifically reasonable and not new. The issue of introducing a mutation, though, is problematic not only ethically, but scientifically when done in the germline,” Lee said. “There are many reasons why we all agree that there should be a moratorium on this type of work from an ethical perspective. … You’re talking about potentially changing all the lineages of cells in an individual as well as potentially in offspring of that individual.”

Although He claimed “no gene was changed except the one to prevent HIV infection,” many scientists are concerned that there could be an incomplete editing of cells, which could lead to different cells having different numbers or arrangements of chromosomes (called mosaicism), or unintended genetic edits (called off-target effects), including deletions, insertions and translocations—all of which could lead to a kaleidoscope of unforeseeable health risks for the twins and their progeny.

“We know that these technologies, while amazingly powerful and efficient, can introduce mutations elsewhere,” Lee said. “When you change genetic information, you don’t know if you’re having other effects on that gene or other effects on the gene around it, even if you’re 100 percent accurate in introducing the change you want. How do you know if the change you’re introducing, even if you can do it 100 percent faithfully, doesn’t have untoward activity that we just don’t know about? That genetic change in the protein may alter some other function.”

It was also reported that Michael Deem, Ph.D., a professor of biochemical and genetic engineering at Rice University, was involved in He’s research. As a result, the university stated that it had no knowledge of this work and has launched a “full investigation” into Deem, who served as He’s adviser at Rice.

“To Rice’s knowledge, none of the clinical work was performed in the United States,” said a statement released by the university. “Regardless of where it was conducted, this work as described in press reports, violates scientific conduct guidelines and is inconsistent with ethical norms of the scientific community and Rice University.”

For many, the controversy surrounding He’s gene-edited babies evokes memories of past scientific achievements that made society gasp.

“This is history repeating itself,” said medical ethicist Rebecca Lunstroth, J.D., associate director for the McGovern Center for Humanities & Ethics at The University of Texas Health Science Center at Houston. “The ethical issue isn’t with what He did; it’s with what the technology is capable of doing.”

Some, including Lunstroth, have compared He’s gene-edited babies to stem cell research and cloning, specifically Dolly the sheep, who was the first mammal cloned using nuclear transfer in 1996. It was a tour de force in science that raised numerous ethical questions around the possibility of cloning humans.

“Back then with Dolly, the ethical worry was future science-fiction scenarios,” Scott said. “Here, we have science fiction that’s fact, if it’s proven to be true.”

Scott worries that He’s claim will cause a backlash, disrupting or suspending the work of other scientists and geneticists.

“A concern that I have is that this is going to  … put the hammer down on the really good science that needs to happen before we can green light an experiment like this,” Scott said.

“There are always individuals who will do this sort of thing as a publicity stunt or for other reasons I can’t fathom,” Lee said. “That’s the beauty of science though: At the end of the day, when we follow the scientific method, the truth will eventually come out in almost all cases.”

In response to He’s claims, Jennifer Doudna, Ph.D., co-inventor of CRISPR-Cas 9 technology and professor of biochemistry, biophysics and structural biology at the University of California, Berkeley, issued a statement, calling his work a “break from the global consensus that application of CRISPR-Cas9 for human germline editing should not proceed at the present time..”

Doudna continued: “It is essential that this news not detract from the many important clinical efforts to use CRISPR technology to treat and cure disease in adults and in children. Public and transparent discussion of the many uses of genome editing technology must continue …”

Until He provides peer-reviewed data to substantiate his claims, his experiment raises more questions than it provides answers.

Nonetheless, He’s announcement has prompted experts in the United States to examine policy in order to stay competitive in science and technology in the global arena.

“I think it’s incumbent on us as a country to promulgate reasonable regulations so that we are a player and not a reactor, because someone else is going to use the technology,” Lunstroth said. “If we don’t, other countries are going to move forward with this technology.”