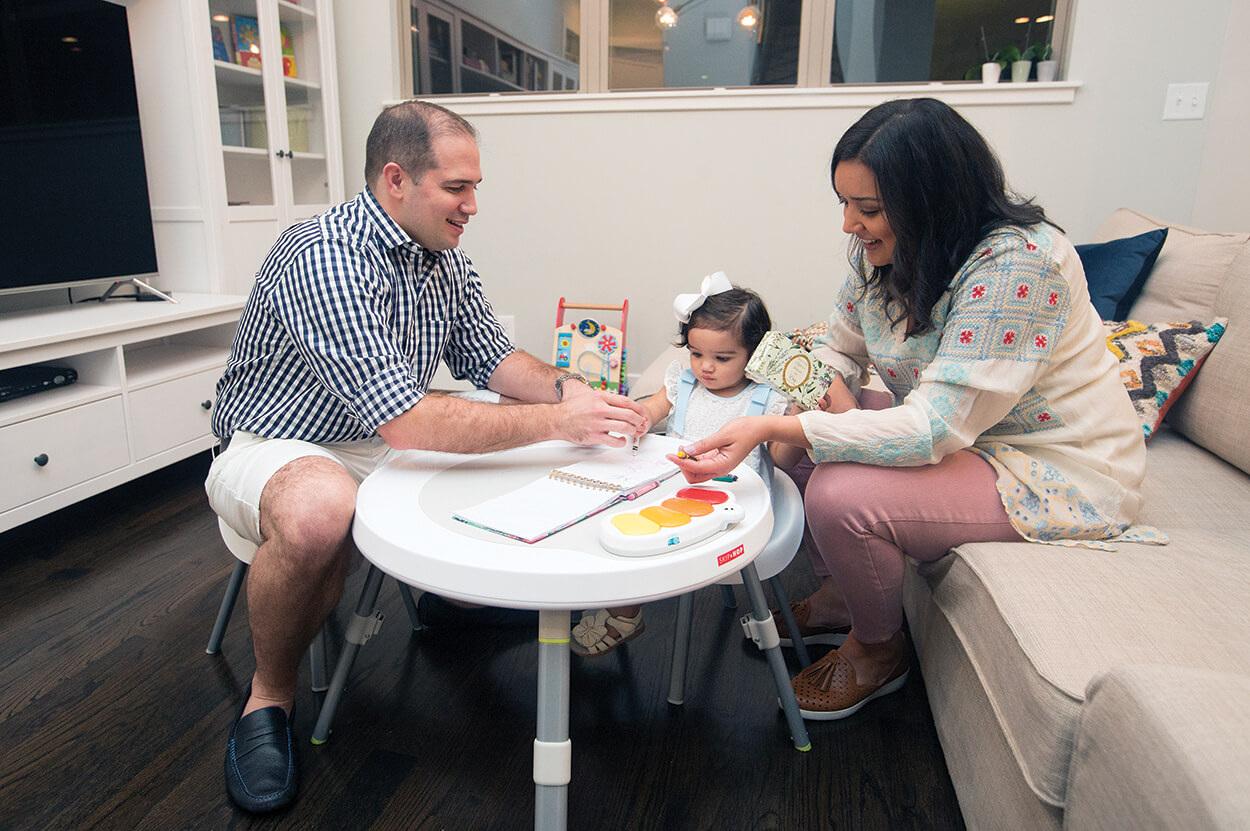 For more than two decades, Gabriel Lázaro- Muñoz, Ph.D., kept a secret from his friends, his colleagues and even some family members. Last year, he finally decided to share it in a place where it would exist forever: the internet.

The emotional essay Lázaro-Muñoz wrote describing his longtime experience with mental illness is the second result listed if you Google his name—appearing above his LinkedIn page, his Twitter feed and every single academic article he’s ever published.

A year after sharing his story, the Baylor College of Medicine assistant professor says the decision to publish is still one of the best he’s made.

“I’ve gotten to a point where I sort of accept [mental illness] is probably part of my life, and I just have to do the best I can to manage the symptoms,” Lázaro-Muñoz said. “Being open about it has been one of those things that’s made it easier.”

An honest essay on mental health

In the 400-word essay, he detailed his experience with mental illness, his longtime efforts to hide it from those around him and—importantly— the role mental illness played in shaping his career, which now focuses on legal and ethical issues surrounding neuroscience.

“I constantly have intrusive thoughts, excessive worries and the occasional anxiety attack,” he wrote in 2017. “This is how it has always been.”

“Since I was a kid, I have struggled with depression, obsessive-compulsive disorder, and ADHD,” he continued. “I have an extensive family history of mental illness so I have not only struggled with it, but I have seen many of those I love struggle.” His essay explained that he decided to “come out” about his anxiety and depression in order to promote better understanding of those with mental illness.

It was a major shift for Lázaro-Muñoz, who hid his condition from friends, colleagues and classmates — everyone but close family members — for more than 20 years. He was worried that people, especially in a professional setting, would consider him unreliable if they knew the truth. But, quite suddenly, he decided to share his experience after a member of Baylor’s communications staff asked him what had sparked his interest in his field of research.

It’s a question he’s often been asked, given his unique (and impressive) background. But it was also a question he had never answered honestly.

Lázaro-Muñoz majored in psychology as an undergraduate at the University of Puerto Rico, where he was drawn to the field due to his own struggles with mental illness, which began at age 13. He said his studies were a way for him to learn more about the issues affecting him personally without confronting them directly. From there, he earned a doctorate in neuroscience at New York University, where he worked with an advisor who sought to apply research on emotional learning and memory to the understanding and treatment of PTSD and other anxiety disorders.

Lázaro- Muñoz’s hope was that if he could understand how the brain worked, he might find relief from his own afflictions. He admitted that he might have been too hopeful. “Understanding the neurobiology of mental illness doesn’t really give you any control over the symptoms,” he said.

He shifted his career and earned a master’s degree in bioethics and a law degree from the University of Pennsylvania, which ultimately led to his current role at Baylor.

Today, Lázaro-Muñoz studies deep brain stimulation, a neurological procedure that sends a message to the brain to disrupt electrical signals associated with symptoms of certain medical conditions. Deep brain stimulation is used to treat Parkinson’s disease, but researchers are also working to determine if it can treat other conditions, as well.

Lázaro-Muñoz is also scrutinizing research that involves using drugs to help modify emotions associated with memories as a potential way of treating patients with PTSD. His research focuses on ethical and legal issues associated with the research and use of these procedures. Part of his research involves speaking with patients to understand their experiences. His journey with mental illness has provided a useful perspective.

But it took years for him to share his personal struggles with anyone outside his inner circle.

When he told his boss that he wanted to post a personal essay on the Baylor College of Medicine blog, it was the first time he had told anyone in a professional setting about his mental illness. “The only thought I had was that it was courageous, and it would benefit a lot of people,” said Amy McGuire, Ph.D., director of Baylor’s Center for Medical Ethics and Health Policy.

She believes Lázaro-Muñoz’s story is one that needed to be shared, especially in the medical sector. “In the field we’re in, it’s underdiagnosed,” McGuire said, adding that she’s heard from friends and colleagues in medicine with mental illness who fear the very existence of their own medical records. “I think we shame people around mental illness.”

About 6.7 percent of adults in America experience major depressive disorder, and nearly half of those diagnosed with depression also are diagnosed with an anxiety disorder, according to the Anxiety and Depression Association of America. About 1 in 5 adults in the U.S. experience mental illness in a given year, according to data compiled by the National Alliance on Mental Illness.

With the blog post, Lázaro-Muñoz’s goal was to show that mental illness isn’t necessarily debilitating.

“It’s hard for people to understand you can sort of live with depression or anxiety and have a successful career,” he explained. “It’s not that it doesn’t have an impact—of course it does—but there’s a lot of misconceptions and misunderstanding about the experience.”

He also wanted his infant daughter to know that if she experiences mental illness when she’s older, she doesn’t have to keep it a secret, as he did for so many years.

Not going the quiet route

After the blog post was published, Lázaro-Muñoz received an outpouring of supportive emails and text messages from professionals in his field, as well as total strangers who shared their own stories about mental illness. The messages still come, a year after the post went live.

McGuire said what made Lázaro-Muñoz’s story resonate with so many people was his tone. “He wasn’t asking for anything in return, and he wasn’t a victim,” McGuire said. “He was just presenting [his story] primarily for himself.”

Rosa Rodriguez-Michel, Lázaro-Muñoz’s wife, said she’s seen a major change in her husband’s personality since he shared his story with the world. “Gabe’s very confident, and there’s a new aspect to that confidence,” she said. “It’s more authentic. It’s like he’s been liberated.”

Today, Lázaro-Muñoz no longer feels the need to be discreet if he wants to schedule an appointment with a mental health provider on the phone. And when someone asks to discuss mental health with him, he’s happy to have that conversation.

“I always thought that someday, he’d open up to someone about it in a very low key or quiet way,” Rodriguez-Michel said. “I’m so glad he didn’t go the quiet route.”

If you are experiencing symptoms of depression, anxiety or other mental illness and are seeking help, consider contacting the National Alliance on Mental Illness at nami.org or 1-800-950-NAMI.