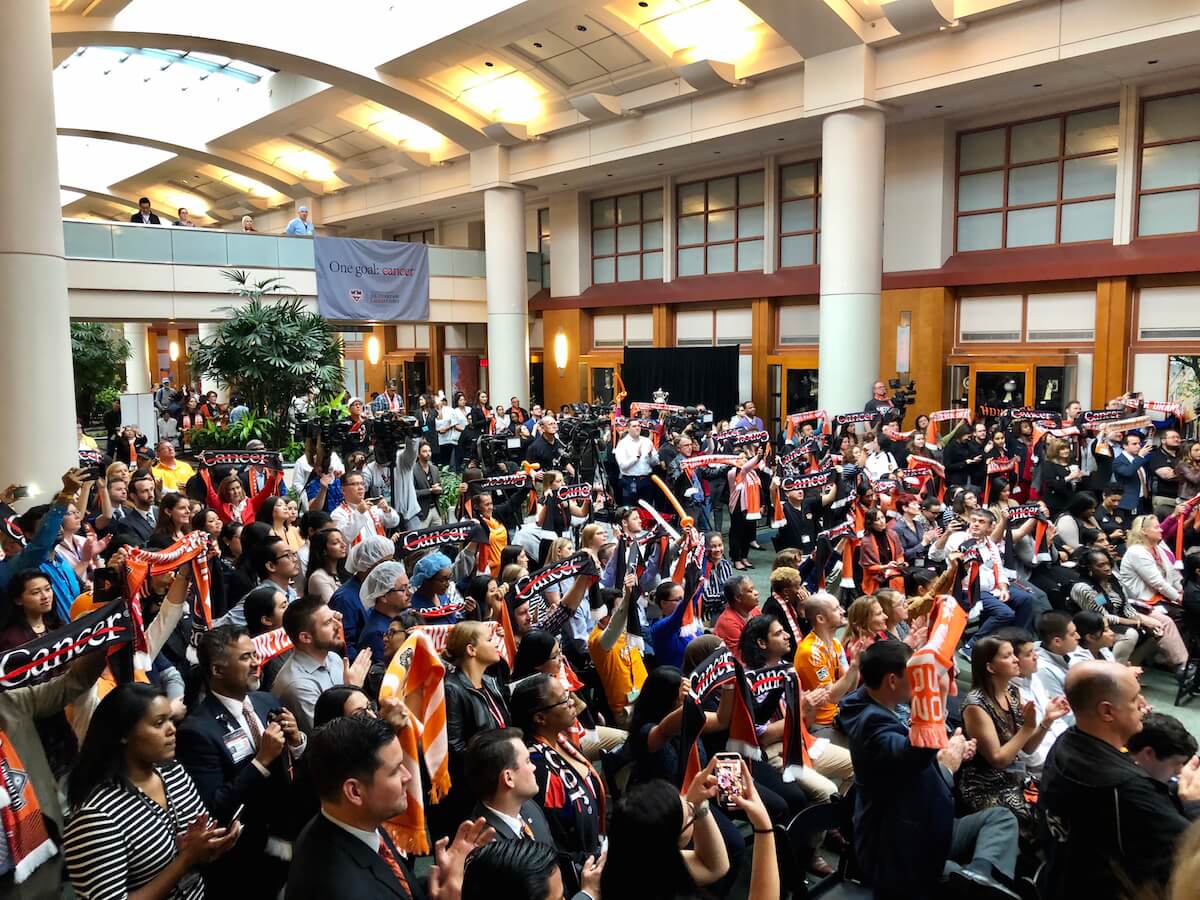 A new health-based alliance between The University of Texas MD Anderson Cancer Center and the Houston Dynamo will place the hospital’s logo on the chest of every player in the first season-long, cause-related jersey partnership in Major League Soccer (MLS) history while advancing cancer prevention by excluding smoke and tobacco from the entire BBVA Compass Stadium campus.

“Now how cool is that?” MD Anderson President Peter Pisters, M.D., quipped during a news conference on Nov. 28, 2018. “When you think about it, it’s two great organizations coming together for the fantastic gain and incredible mission of ending cancer.”

Pisters explained that one of the most exciting parts of the multi-year collaboration will be the worldwide extension of MD Anderson’s reach and audience for cancer prevention messaging through community outreach opportunities, survivorship celebrations and public service announcements as well as education and philanthropic initiatives. Smoking and tobacco have been prohibited inside the stadium’s seating bowl and concourse, but now the policy will be property-wide.

The crowd—full of nurses and clinicians who see the devastating effects smoking and tobacco use have on the human body in the form of cancer—erupted in applause during several points in the program. 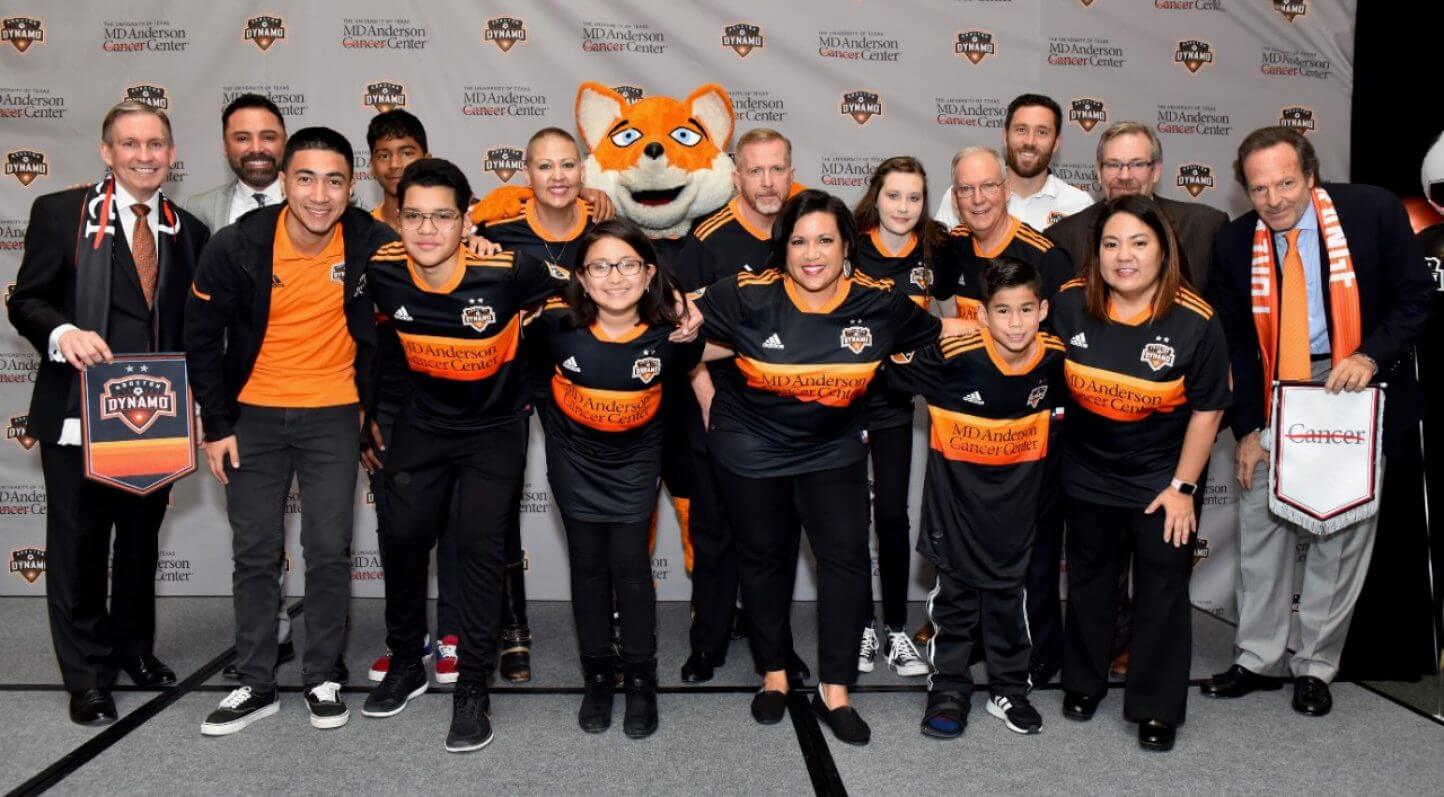 Starting Jan. 1, 2019, the world-renowned hospital will be the official cancer center and jersey partner for the city’s two-time Major League Soccer (MLS) champions.

“Every single game—it’s televised in over 100 countries—and I’m proud to say that every time we go out on the field, we will have MD Anderson and ‘fight cancer,’ and the world will see that,” said celebrated professional boxer and businessman Oscar De La Hoya, a minority owner of the team. 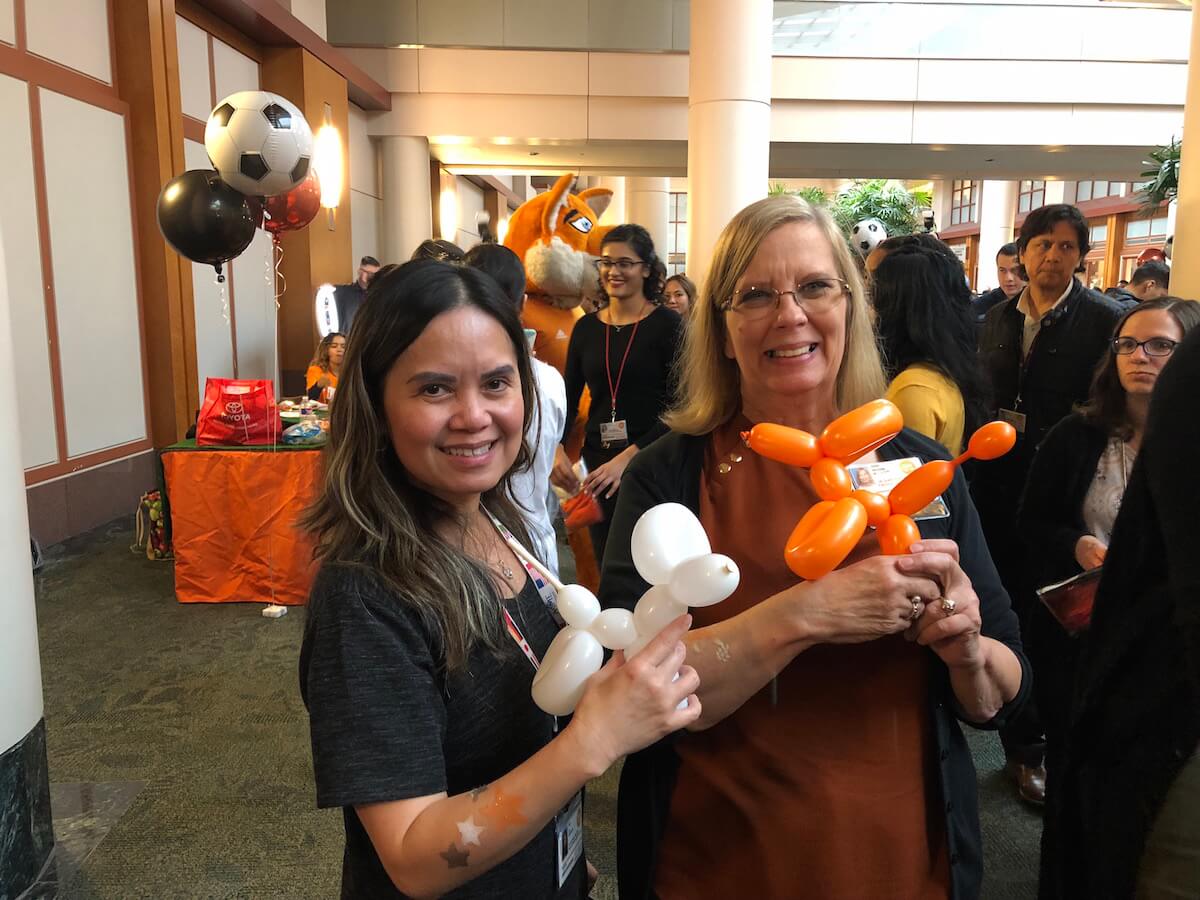 Soccer enthusiasts will see benefits too.

The organizations are working together to offer healthy concession menu items for the 2019 season and will make sunscreen available for fans for every game played during daylight. Fans will have an option to contribute to MD Anderson when they purchase tickets and the Houston Dynamo will donate a portion of all individual ticket sales to the cancer center.

“For us, it’s about the partnership,” said Houston Dynamo Executive Vice President and Chief Marketing Officer David Brady. “It’s about the passion, and, really, it’s about amplifying the message that the people in these buildings here work so hard, every single day, to do. And that is to end cancer.”

The crowd caught a first glimpse of the new jersey, which includes MD Anderson’s red strike-through-cancer logo, during a ceremonial “Starting XI” photo formation on the stage, which featured Pisters, Dynamo owner Gabriel Brener, goalkeeper Chris Seitz and midfielder Memo Rodriguez along with a group of pediatric and adult cancer survivors. As each individual was announced—and in the tradition of the soccer team’s starter introductions—the crowd waved their new scarves and cheered.