Cool Acres, the ranch developed by legendary heart surgeon Dr. Denton Cooley, is ready for its next owner

The Brazos River retreat was the longtime site of the annual St. Luke’s Family Picnic

Cool Acres, the ranch developed by legendary heart surgeon Dr. Denton Cooley, is ready for its next owner 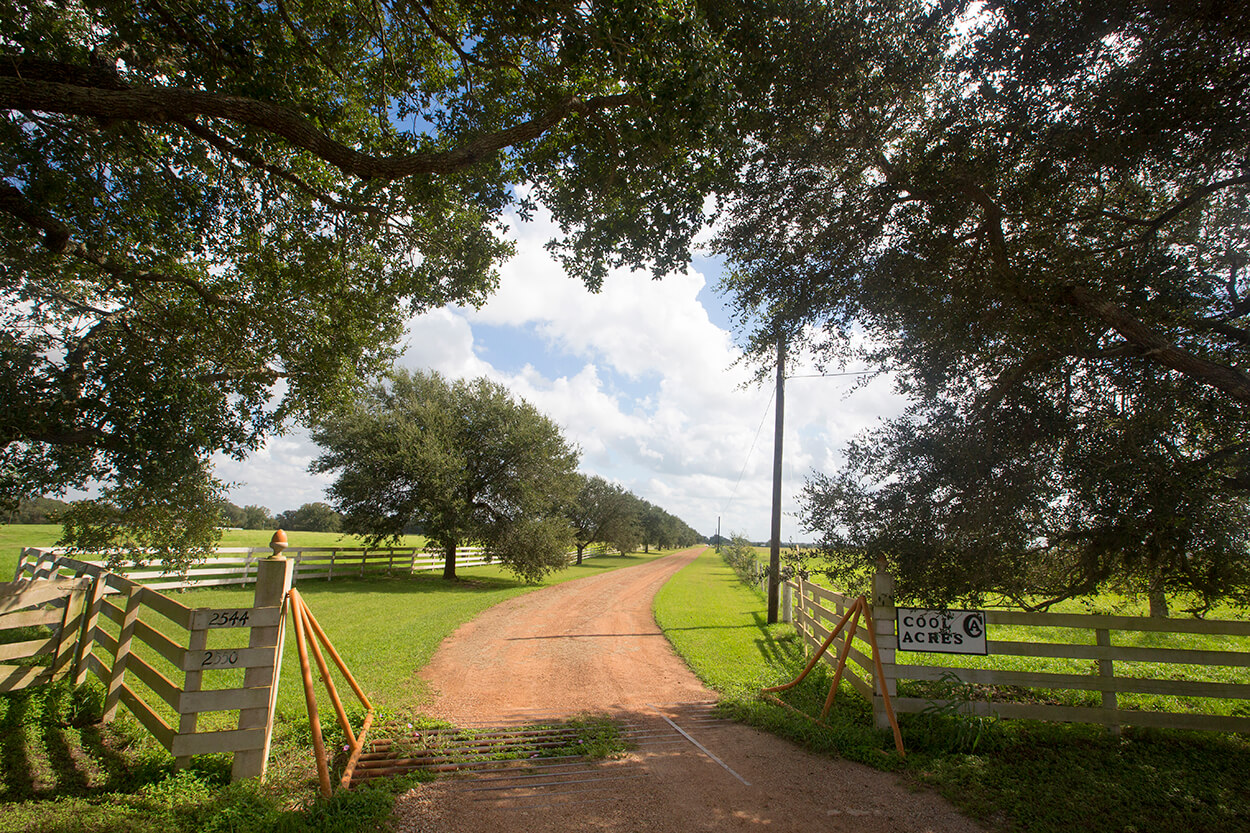 Cool Acres, the Brazos River retreat owned by the late heart surgeon Denton Cooley, M.D., is available for its next season of memories.

The massive 406-acre compound on nearly one mile of riverfront property 30 miles south of Houston is for sale, and can be yours for a cool $7.3 million.

Cooley, the founder of the Texas Heart Institute, was 96 when he died in 2016.

He purchased the property that became Cool Acres in 1958 to provide himself and his growing family with a vacation home outside of the city, but not too far from his patients in the burgeoning Texas Medical Center.

“My father worked seven days a week. … He worked Saturdays until 2 p.m. and then had to be back on Sunday afternoon,” said Susan Cooley, Ph.D., a nurse and former professor at UTHealth who is one of the physician’s five daughters. “He would come home after the Grand Rounds on Saturday, honk the horn and we would all jump in the car with my mother, the fried chicken and as many friends as we could pile in and go out to what we would call ‘the farm.’”

The ranch is set high on a bluff, 115 feet above the Brazos, and boasts five homes built between 1960 and 1982. There’s also a pond fondly named “Lake Louise” after the surgeon’s wife, Louise, as well as two tennis courts, a pool, a roller skating rink and party pavilion, stables for horses and even the original Orchard, Texas post office building.

In addition to serving as a family respite, Cool Acres also served as the site of the annual St. Luke’s Family Picnic for several years. Starting in 1960, Dr. Cooley and the family welcomed staff from what was then St. Luke’s Episcopal Hospital—doctors, surgeons, nurses, residents and their families— and sometimes dignitaries dropped by.

“It was always a funny cast of characters, but there would be volleyball games, softball games, barbecue and fireworks—just an afternoon of everybody relaxing, drinking beer and Cokes and just having fun,” Susan Cooley said. “Dad always thought that people who worked together ought to know each other personally and play together.”

“I went every year when I was a kid; it was kind of a tradition to go out there,”  Todd Frazier recalled. “Those are some of my earliest memories of playing baseball and skeet shooting. It was fun because the health care professionals from St. Luke’s who were from all over the world and had never experienced the Texas countryside could all come together.”

Dr. and Mrs. Cooley taking children on a hayride was among the picnic’s highlights.

“It was an older, historic fire truck and they would do a hayride at night when all of the fireflies were coming out,”  Todd Frazier said. “It was just really informal and relaxing and I think he just wanted to make everyone feel welcome and show them a good time.”

Susan Cooley believes her mother, who also died in 2016, and her father stopped hosting the picnic when Dr. Cooley was in his 80s, but relatives have continued to enjoy Cool Acres. From weddings to holiday gatherings, it is a place the family cherishes and can find comfort. Between the five houses on the property pragmatically referred to as House No. 1, House No. 2, House No. 3, House No. 4 and the pool house, there are 18 bedrooms, 10 full bathrooms and three half bathrooms.

Each structure differs vastly in architectural style and interior aesthetics, but were all designed by Dr. Cooley. Many of the furnishings of House No. 4 are originally from the historic Hotel Galvez in Galveston, one of Dr. Cooley’s many business adventures. That house was also featured in Architectural Digest and a former patient was so inspired by the home, he painted a rendering for Dr. Cooley.

“He was a very famous Russian artist and he wanted to paint a picture of the ranch, so he came out, drew it and then took it back to Russia,” Susan Cooley said. “He shipped back this painting of Cool Acres in the snow. It doesn’t snow out here, but we still kept it.”

In addition to the interesting art, each of the homes are filled with letters, mementos and photographs of the Cooley family members with everyone from trauma surgeon Red Duke, M.D., the founder of Memorial Hermann’s Life Flight, to Princess Anne, the British royal and only daughter of Queen Elizabeth II.

“Going through their stuff, there are so many questions,” Susan said. “You know, why were we in Italy with Bing Crosby? Why were we visiting the Pope at his Summer palace?”

Her eldest sister, Mary Cooley Craddock, explained why the family was in Italy that summer.

“A very generous patient from Florence arranged the whole thing because Dad really wanted to get the Pope’s blessing about the heart transplant,” she said. “He did give Dad his blessing.”

Two years after the passing of their parents, it is now time for others to make memories at Cool Acres.

“I don’t even know what it’s like being here without them. They were always here,” Susan Cooley said. “He was just a really great person. He worked hard, he didn’t sweat the small stuff and he cared about you. If there was a mistake made, he would move forward rather than harp on it.”