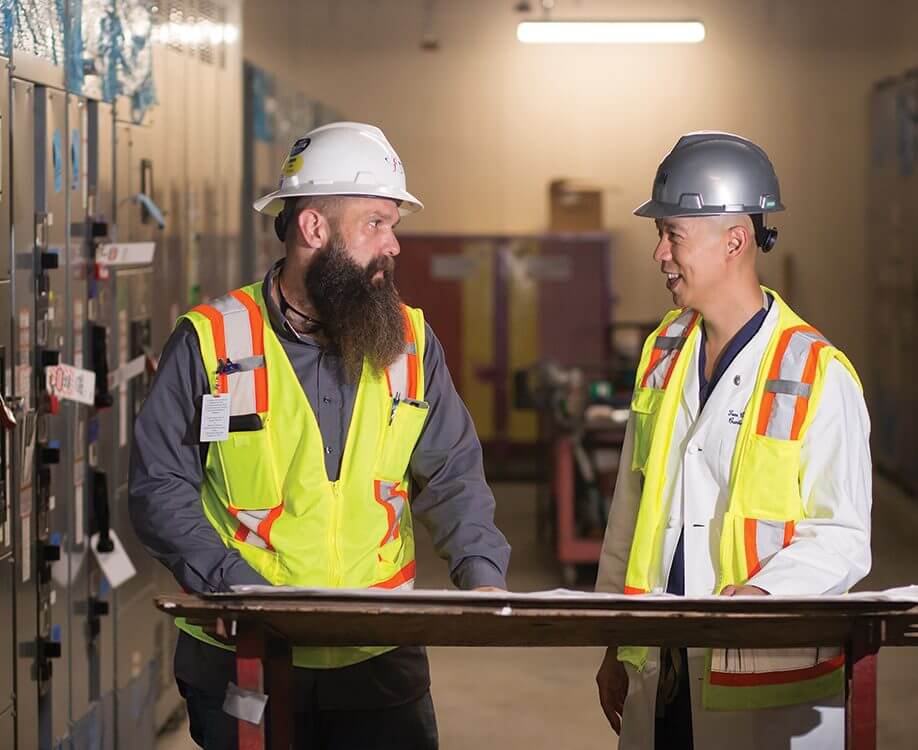 John Marra spent many days perched high above the Texas Medical Center. As a Fisk Electric superintendent, he is helping construct the new Memorial Hermann-TMC tower, slated to open in 2020. At the same time, Memorial Hermann surgeon Tom Nguyen, M.D., has kept Marra on the job with a different construction project: rebuilding Marra’s leaky heart valve.

“Memorial Hermann is like my baby,” Marra said. “I have a special interest in the job and an attachment to this building.”

Marra’s health headed downhill one Monday morning in July when he thought he was catching a cold. His wife, Kathryn, a nurse, was with their children at a camp about four hours from home, so Marra took some cold medicine and went to bed. A few hours later, he woke up with a racing heart and uncontrollable breathing. As the night went on, his symptoms grew worse. By 1 a.m., he had the urge to call his wife, but didn’t want to alarm his family.

“I’m just stubborn,” he said. “I should have just called her.”

After several more sleepless hours, Marra contacted his wife at 6 a.m. and described his symptoms. She suggested a trip to the doctor to have his blood pressure and pulse checked. When he did seek medical attention, he was informed that he had a severe heart murmur.

The doctor admitted Marra to the hospital. Further tests discovered a “microleak.”

“I was blown away,” he said. “I’m only 40 years old and I was going to have heart surgery. I even tried asking if there was medication I could take instead.” 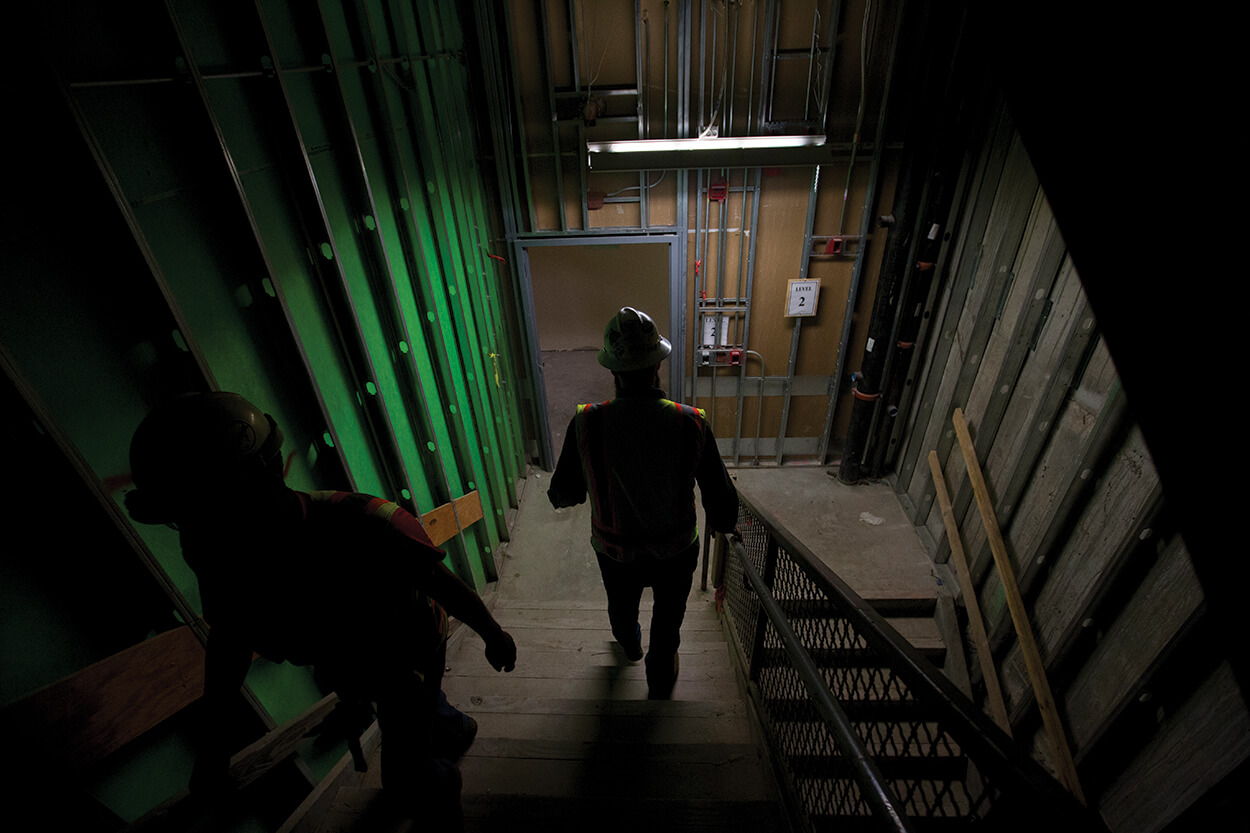 John Marra walks down the stairs inside the Susan and Fayez Sarofim Pavilion.

Heart valves are designed to facilitate blood movement in one direction and prevent backward flow, said Nguyen, director of minimally invasive valve surgery and associate program director for the cardiothoracic surgery training program at Memorial Hermann and professor of cardiothoracic and vascular surgery at McGovern Medical School at UTHealth.

Mitral valve regurgitation, the most common valve problem, is a progressive, degenerative condition that occurs when a valve doesn’t close properly and causes the blood to flow in reverse, flooding the lungs and heart, Nguyen explained. If not treated early, the leaky valve can cause permanent heart damage.

“That is where they get sick, short of breath, tired and have irregular heart rhythms,” Nguyen said. “It’s like a car that is leaking gas or has something wrong with the engine, and the car has to work harder to get from point A to point B. That is the same as the heart. Eventually, over time, the heart function weakens. If it’s not fixed in a certain amount of time, we are not going to be able to fix it. We might fix the valve, but the heart is not going to improve.”

Leaky valves are easy to fix, Nguyen added, but many surgeons prefer to do replacements rather than repairs.

‘It hits close to home’

The Marras sought out several heart doctors to learn more about how the valve could be restored.

Nguyen, who is among a short list of surgeons who perform minimally invasive mitral valve repair, completes about 10 procedures per week. The technique leads to faster recovery, he said, and also reduces the likelihood of long ventilator use, development of atrial fibrillation— an irregular heartbeat—and the need for blood transfusion.

The traditional treatment entails cracking open the chest with a vertical incision along the sternum to access the mitral valve, stop the heart and make the repair. The minimally invasive surgery involves making a small incision on the right side of the chest and navigating between the ribs to access and fix the valve.

“I would argue it’s a much better view of the mitral valve because you are looking at the valve head on,” Nguyen said.

The couple ultimately booked an appointment with Nguyen, who took time to explain the procedure and ensure that Marra understood all the details.

“I thought this would be better for John, who wanted a solution that would get him back on his feet sooner rather than later,” Nguyen said.

Two weeks after his consultation, Marra underwent the procedure.

“The surgery went well, but I’m pretty stubborn. On the second day, I was asking when I could go home and back to work,” Marra said. “I was walking laps around the hospital floor.”

The electrical superintendent went home three days after surgery and returned to work a week later. Though he wasn’t 100 percent, Marra was determined to get back to his crew.

He continues to persevere. About three months after surgery, he was able to run his first lap.

Nguyen said he is amazed at how well Marra is recovering.

“It hits close to home, because I am a surgeon at Memorial Hermann, and John is building our future,” Nguyen said. “He just wanted to get back on his feet and is dedicated to making sure the construction project continued smoothly.”