Smiles are Contagious: Portraits of Cleft Lip and Palate Patients

Smiles are Contagious: Portraits of Cleft Lip and Palate Patients 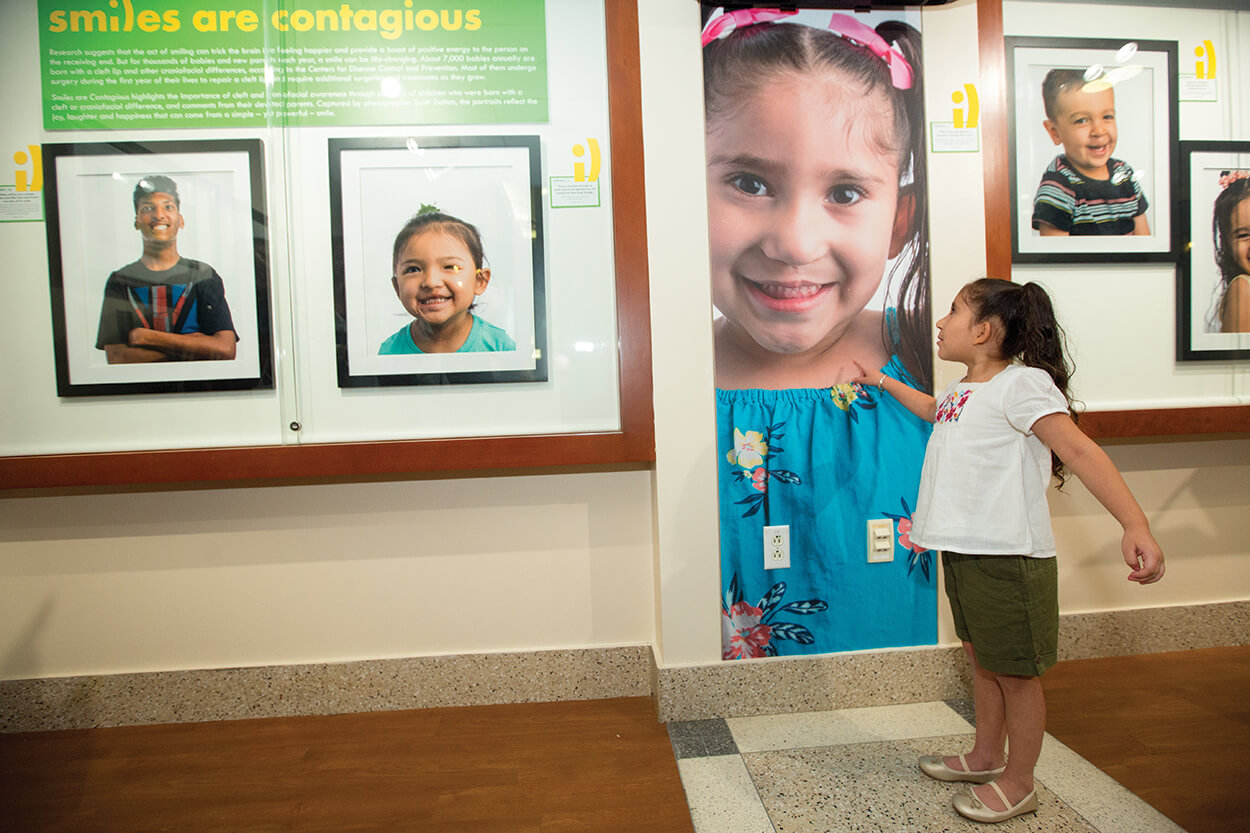 A smile is a universal gesture of kindness, a welcome greeting to an old friend or a stranger.

To highlight the beauty of his young patients’ smiles, Matthew Greives, M.D., a pediatric plastic surgeon at Children’s Memorial Hermann Hospital, enlisted the help of the hospital’s marketing team and award-winning photographer, Scott Dalton, to create “Smiles are Contagious,” a gallery of portraits showcasing patients who are being treated for cleft lip and palate.

Samaya Reyes, a 5-year-old who is featured in the gallery, has undergone three surgeries and will have more in the future.

“I want to show her smile off to the world,” said Samaya’s mother, Paula Cortez. “It was hard. She had her first surgery at eight months, another one at 18 months and again when she was 3 years old. But she is a strong little girl and she gives me strength when I don’t have any left.”

In the cheerful photos—headshots of 15 children—Dalton captured the individuality of each patient.

“Our kids have something that is so visible,” Greives said. “Everybody can relate to what a cleft lip and palate is. You see that, you can see a picture of that and have a very visceral response to that, whereas with a lot of other medical problems, it is hard to understand what exactly is going on. Our kids—what they go through in surgery is to rebuild their smile.”

The Centers for Disease Control and Prevention estimate that 7,090 babies are born with a cleft lip or palate each year in the United States. Depending on the severity of the birth defect, a patient with cleft lip or palate will potentially undergo several surgeries in childhood.

“If it is an isolated cleft lip, maybe one surgery. If it is something like a full cleft lip and palate where you are missing bone, teeth, muscle—you could be upwards of five, six, seven surgeries,” Greives explained. “Some of our kids have gone through six or seven surgeries by the time they are 18.”

The portrait gallery is an opportunity to show not only the work being done in the craniofacial field, but also to celebrate diversity.

“I think we are at a big cultural change. If you look at movies like Wonder, or shows like ‘Glee,’ people are showcasing their differences and showcasing what makes them special,” Greives said. “We want to do that with our kids with cleft lip and palate and show them that they are special. Their smile is unlike anyone else’s and that doesn’t make it bad or something they should hide—it makes it something they should show off and embrace.”

“Smiles are Contagious” will be on display in the Rick Smith Gallery on the first floor of Memorial Hermann- Texas Medical Center, 6411 Fannin St., through October. On November 1, the portraits will move to Third Coast restaurant on the sixth floor of the John P. McGovern Commons at 6550 Bertner Ave.