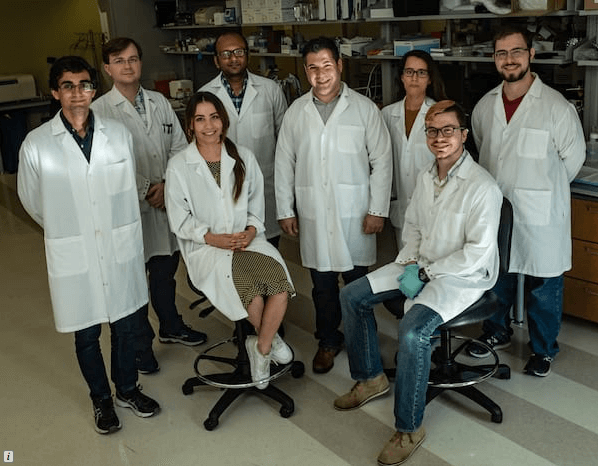 The National Institutes of Health backs a Rice University lab’s efforts to develop implantable “drug factories” that monitor blood glucose and release insulin on demand for patients with diabetes.

That’s the goal his lab has declared with funding support from the National Institutes of Health. The agency has awarded Veiseh’s lab a prestigious four-year, $2.8 million R01 grant to design hydrogel-encapsulated cells that, when placed into a patient, sense blood glucose levels and produce insulin on demand.

These on-board drug factories would eliminate the need for patients to persistently monitor their blood glucose and administer insulin shots.

“Our hope is that one day patients can be insulin-independent and not have to think about diabetes,” said Veiseh, an assistant professor of bioengineering who joined Rice in 2017. “We want to get to the point where they get the treatment and live their lives normally.”

Type 1 diabetes is an autoimmune disease, where the body’s own immune system inadvertently destroys the insulin-producing beta cells of the pancreas. Replacing the beta cells with protection from the immune system is a potential cure for many patients afflicted with this disease, Veiseh said.

To that end, his lab at Rice’s BioScience Research Collaborative is developing thousands of distinct hydrogel capsules that can protect and support pancreatic islet cells. A major challenge is developing hydrogel formulations which can hide these cells from the host immune system.

“We can’t do this in vitro, only in vivo, but it would take an army to test thousands of individual animals,” Veiseh said. Using the innovative bar coding technique, batches of different cell/capsule combinations can be implanted and those that survive the animal’s immune system can be identified based on their bar codes.

The codes themselves represent a unique approach, he said. Rather than physically marking each cell – hard to do in a jelly – or using chemical means that could induce an immune response, the researchers will encase surrogate cells along with the islet cells.

These surrogates are human umbilical vein endothelial cells. Because they’re culled from thousands of donated umbilical cords and have their donors’ distinct genomes, they can be easily identified through next-generation sequencing. That will let the lab drastically cut the amount of time it will take to test all of its variants.

“That’s going to be the first pass, and it will allow us to whittle down those 7,000 formulations to a manageable number,” Veiseh said. “Once we discover new leads, we will test those more rigorously to evaluate their ability to house and protect islet cells, and the cells’ ability to survive and correct blood glucose.” The capsules will also have to ward off fibrosis, the body’s tendency to wall off invading cells by building scar tissue.

Veiseh has been developing novel materials that enable cell-based therapies for close to a decade. He’s a co-founder of Sigilon Therapeutics, a biotech company working to commercialize this approach for treatment of various chronic diseases. He noted the development of implantable, drug-making cells is one of this year’s 10 “breakthrough” technologies listed by the World Economic Forum.

While some approaches require occasional or even frequent cell injections, Veiseh’s clear goal is to solve the complex management of diabetes for patients once and for all.

“When I started my postdoctoral research (at the Massachusetts Institute of Technology), I had a misperception that diabetes was not that big of a problem because we have insulin. But when I realized the challenges people face, particularly children, I was really inspired,” he said. “My team and I are committed to making a transformative impact for patients.”