“Infinite Wonder,” a curated collection of pictures Scott Kelly took aboard the International Space Station, will be released on Oct. 30 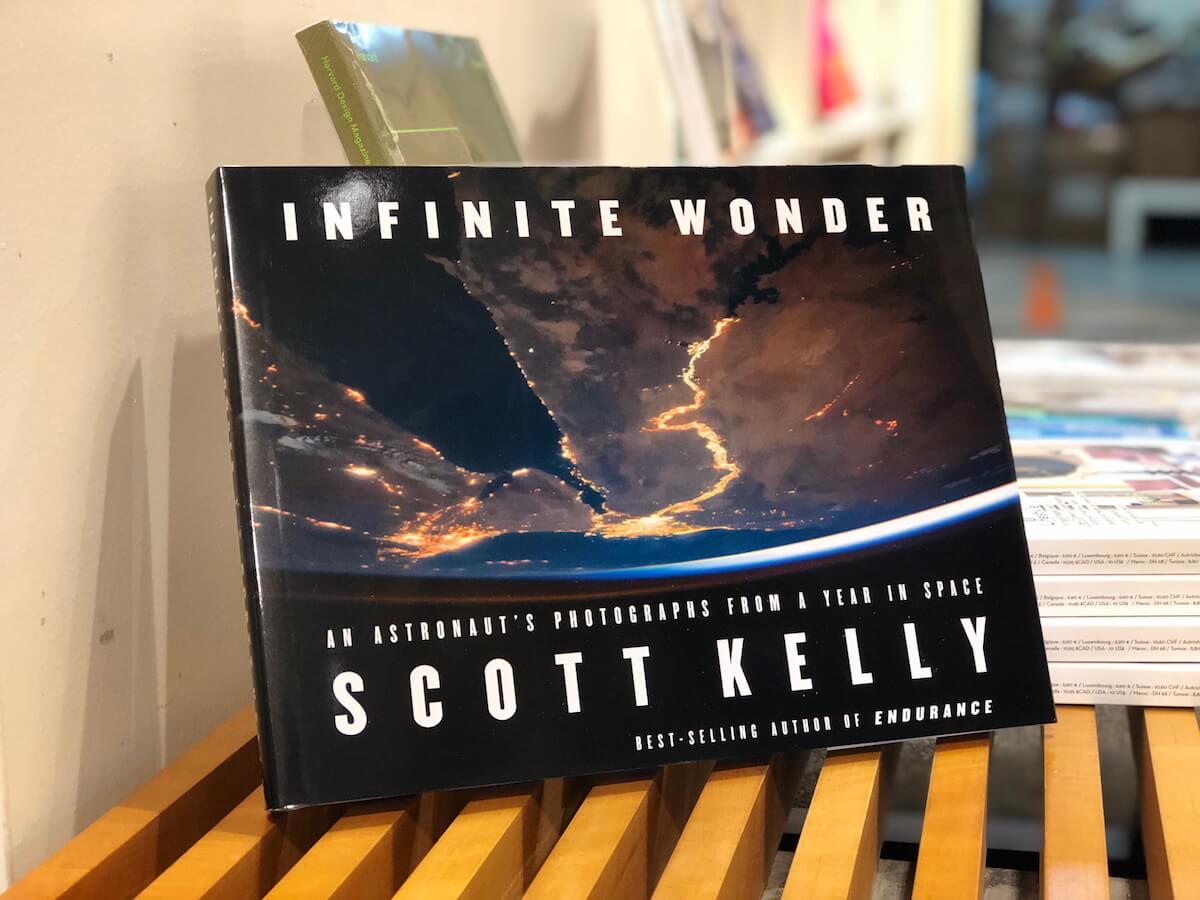 The shuttle pilot who is perhaps most famous for his record-breaking year in space from March 2015 to March 2016 aboard the International Space Station (ISS) appeared to promote his new book, which officially goes on sale on Oct. 30, 2018.

Infinite Wonder is filled with glossy photographs Kelly captured in the cosmos. The snapshots document his life on the space station, awe-inspiring sunsets amid the stars and beautifully unique perspectives of planet Earth. The veteran of four space flights said that he decided to publish Infinite Wonder because of the encouragement he has received from sharing his images over the years.

“I took a lot of photos in space and a lot of those were posted on social media, and the response I got was really good—people really liked them—so I thought: ‘Why not put them in a book?’” Kelly explained. “I’m happy to share them with people.”

The engineer and retired U.S. Navy captain, who calls Houston his home, sat at a table near the store’s front door proudly wearing an “I voted early” sticker he acquired after standing in a long line that day. He happily spoke with readers while signing their books, which were sold two days ahead of the official release because of Kelly’s appearance. Also on sale were Kelly’s previous works, including his memoir, Endurance—a New York Times Bestseller that has been adapted into a young reader’s edition—and My Journey to the Stars, a children’s book that re-tells Kelly’s development from an average student to a famous astronaut.

Among the attendees on Sunday was a pint-size admirer named Eliot Rambow, 4½, who showed up in his NASA-inspired Halloween costume—a space suit with a shiny-silver helmet and matching gloves.

“He loves space and loves astronauts,” Olen Rambow said of his son. “I take him to [Space Center Houston] all the time and every time we go there, he says: ‘Where are the astronauts? Can we talk to the astronauts?’ Usually, you don’t see astronauts there, so it’s really cool when we heard that [Kelly] was coming here, so now he actually had a chance to meet a real astronaut.”

After Kelly scribbled his signature in a book for Eliot’s dad, he offered to autograph the costume. The boy beamed as the astronaut gripped his collar and added a touch of authenticity to the white suit with a black marker.

“That was an awesome surprise. It wasn’t something that I thought of,” Olen Rambow said. “The space suit costume was already a lot of fun, but now it’s a lot more meaningful.” 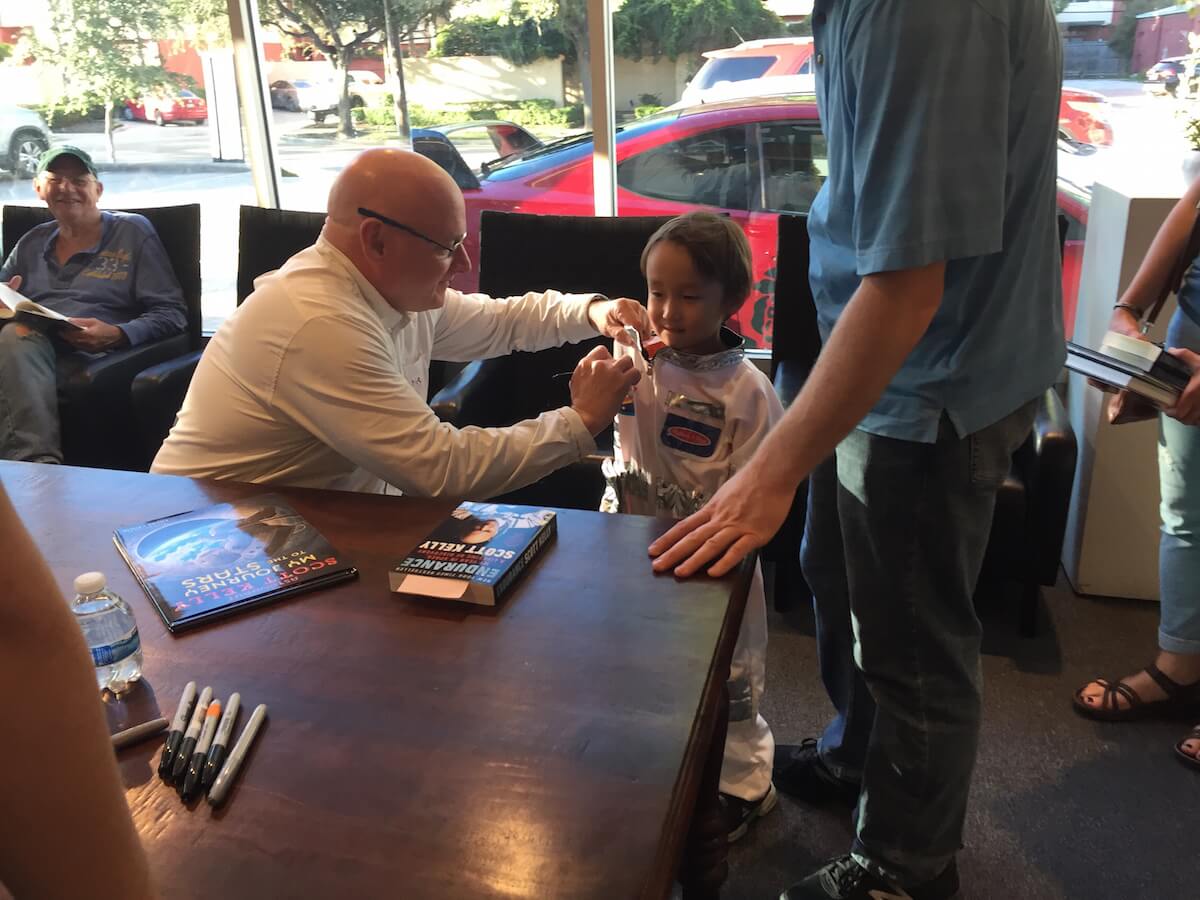 During Kelly’s year in space, he played a critical part in NASA’s Twins Study, which took a wide range of biological measurements from both Kelly and his identical twin brother, Mark Kelly—also a retired astronaut—to gauge the long-term health effects of space flight. Already, NASA has released some interesting preliminary findings for the only siblings to have traveled in space.

Although Scott Kelly isn’t exactly sure what’s next in his earthly journey, he said he was grateful for his role in NASA and ISS teams and missions. Space exploration, he emphasized, is important for the future—especially the next generation.

“I think it inspires people,” Kelly said of the space program. “The inspiration people get from it, especially kids—if you consider how much we get out of encouraging kids to study science and engineering, math. You know all these things are very important to our economy and our national security. I think that alone is worth every penny.”