“Mentoring to Medicine” presents professional possibilities to students of color

“Mentoring to Medicine” presents professional possibilities to students of color 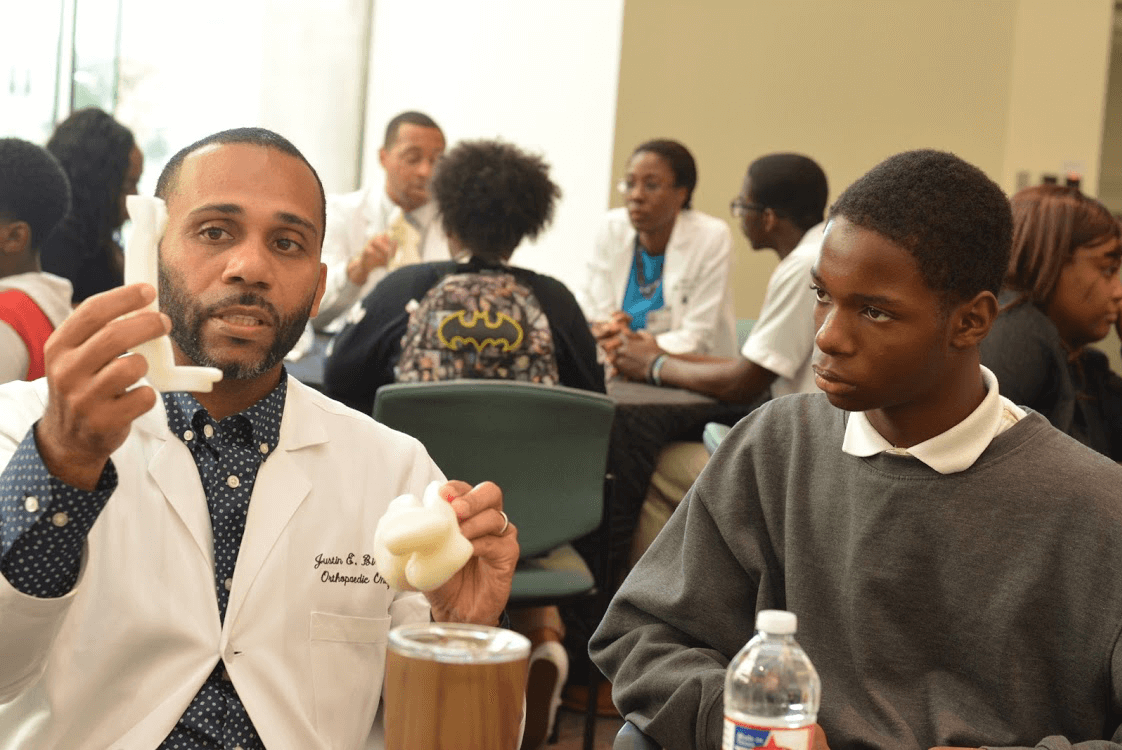 Children know what physicians do, generally, but what about specific options within medical professions? A child might wonder: What does an orthopedic oncologist do and could I learn how to do it, too? What about a pediatric anesthesiologist? Could I grow up to become a radiation physicist just like the lady with the bright smile, cocoa-colored skin and ringlet-ending braids?

Yes is the answer dozens of youngsters learned this weekend at “Mentoring to Medicine” where they were met by diverse health professionals from Texas Medical Center institutions and other Houston-area hospitals.

The program was presented by 100 Black Men of Metropolitan Houston, a local chapter of the 100 Black Men of America, Inc. The national organization—founded in the 1960s to educate and empower children and teens—has grown into the nation’s largest network of African American male mentors. Their work with children is guided by the motto: “What they see is what they’ll be.” 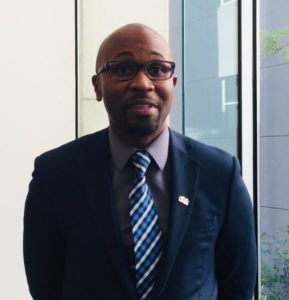 Justin Washington, DDS, a Harris Health System dentist and the “Mentoring to Medicine” chair, said exposure and interaction help this year’s 60 students focus on the future.

“We had over 30 physicians and research scientists come out to lend their Saturday morning to be mentors to students of color who have aspirations of becoming a doctor,” said Washington, who is also the health and wellness chair for 100 Black Men of Metropolitan Houston. “Each year, we try to expand this program to students in the Houston metropolitan area to give them an idea of different professions in the field of medicine. This year, we had the largest physician participation in the program’s history.”

The nation’s 40,500 black doctors represent just 4 percent of the country’s physician workforce, while 13 percent of the U.S. population is black or African-American, according to the latest data from the Association of American Medical Colleges. 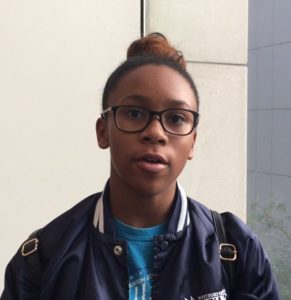 Melanie Faith Washington, 12, discusses her aspiration to become an anesthesiologist during the 100 Black Men of Metropolitan Houston’s “Mentoring to Medicine” program on Oct. 27, 2018. (Photo by Cindy George)

“Even if you don’t come from a background where you have doctors as parents or tutors every day, you can still be something great,” she said.

Nelson Guity, a Dulles High School freshman, said he found inspiration in the program even though he aims to become a U.S. Air Force pilot or engineer.

“I learned that there are different keys to success,” the 15-year-old said. “There are always road bumps. Success does not always mean fame, but happiness.”

The program, which convened in MD Anderson classrooms and common space, is a partnership with the cancer center and Baylor College of Medicine.