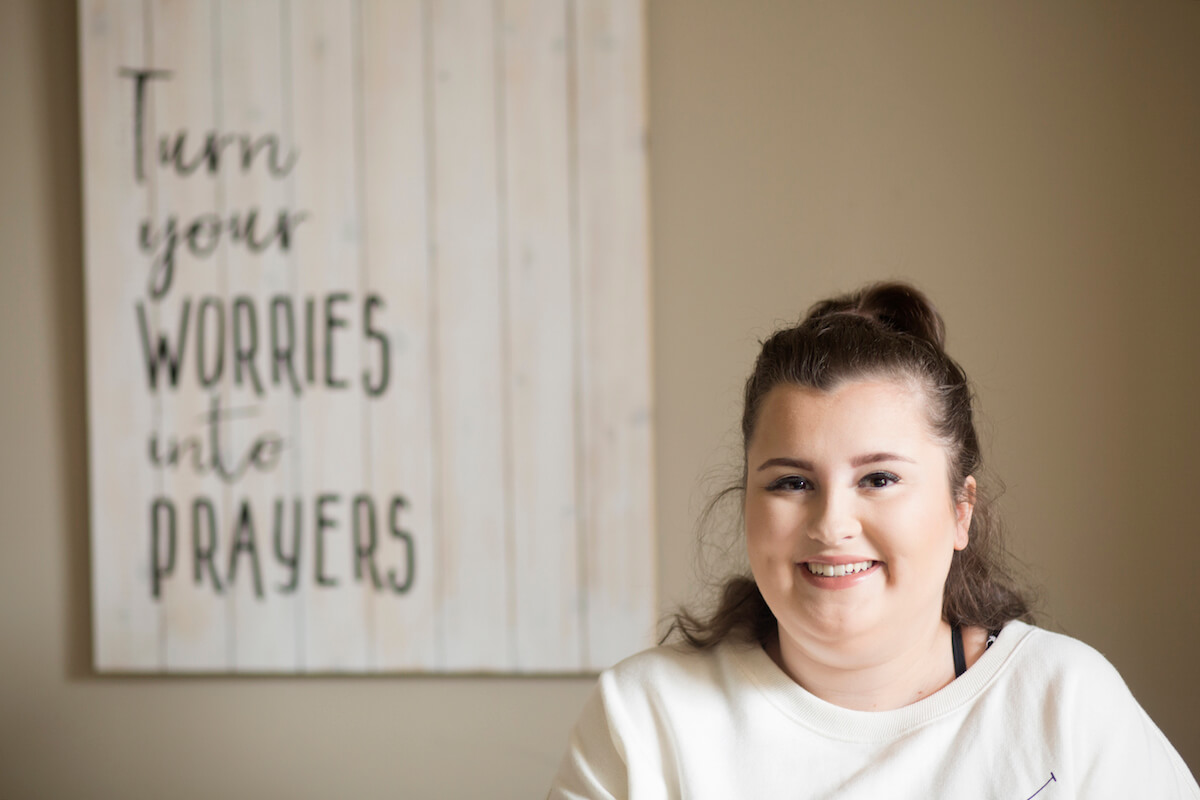 In 2017, teenager Shauntelle Tynan uploaded a tearful video to her YouTube channel revealing that she could no longer get the treatment she needed in her home country of Ireland for her rare form of cancer.

“The only worldwide specialist is in Texas,” Tynan said to the camera in reference to Texas Children’s Hospital in the Texas Medical Center. But, she added, “Traveling to Texas comes with a price.”

Tynan went on to explain that after a short trip to Houston, the specialists she worked with told her she would need to relocate to the city for successful treatment. Her disease, known as Langerhans cell histiocytosis (LCH), is so rare that it only affects 1 to 2 in 100,000 people, according to the National Institutes of Health. Tynan’s case was especially complicated, making her specific condition one in millions.

“The doctors in Texas told me that if I don’t come for at least 12 months, then they don’t have a great chance of helping me survive,” she said in the video. “There is no European specialist.”

Her hope, she said, was that anyone watching the video would share it, and, if they could, perhaps host a fundraiser or donate “even one euro.”

Hers was a live-or-die plea.

“I really want to raise this money,” she said, crying. “Because I don’t want to die.”

Within days, Tynan’s video went viral and has more than 85,000 views today. Even more, the social media exposure helped her family raise more than $700,000 for moving, medical and living expenses.

Not long after, Tynan traveled to Houston. She hadn’t intended to move that early, but her health had deteriorated so much that her physician, Kenneth McClain, M.D., Ph.D., director of the Histiocytosis Program at Texas Children’s Cancer and Hematology Centers, urged her to remain in Texas and begin aggressive chemotherapy.

Over the course of a year and a half, Tynan underwent numerous treatments—some of which were still in clinical trials—as McClain and his team worked to rid her body of the cancer. It was a physical and emotional rollercoaster, but a journey made possible through the donations she received from individuals and charitable organizations.

“There were so many times where we would give ourselves a limit and think we’d be going home, and every time the limit was reached, we weren’t able to go home yet,” Tynan said. “It was breaking our hearts each time.”

But this summer, after some adjustments to her medication routine, things turned around.

“It literally felt like overnight that it was finally working,” Tynan said. “Everything started to come together.”

Then, during an Aug. 14 appointment, she was unexpectedly declared cancer free.

“There was no response from us,” Tynan, now 20, recalled while exchanging gleeful glances with her mother. “We were in complete shock.”

By the time Tynan ran through a tunnel of outstretched arms from relatives, nurses, physicians and friends at Texas Children’s Hospital on Sept. 28 and rang the bell signifying she was finished with cancer treatment, that shock had turned to joy. 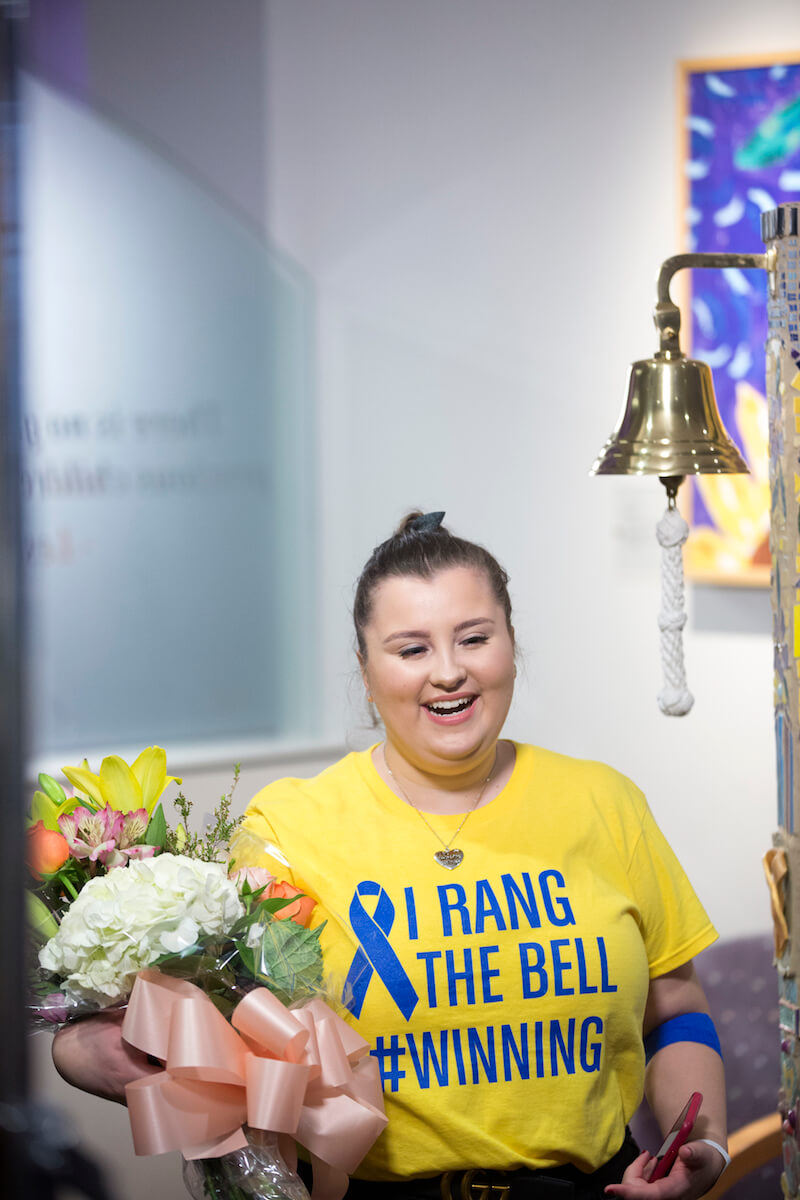 Tynan is all smiles at Texas Children’s Hospital after ringing the bell to signify she was done with cancer treatment.

At the bell-ringing ceremony, Tynan presented a surprise present to the physician who saved her life: a check for $10,000—the rest of the money from the funds she had raised—to go toward histiocytosis research. Her hope is that someday when a child or teen from another country receives her same diagnosis, they can stay in the comfort of their hometown; that even though her disease is rare, there will be enough investment in research for its cure.

Today, Tynan is back home with her friends and family in Ireland. She still takes oral chemotherapy every day to keep her cancer from relapsing and she plans to spend the immediate future learning to drive and rebuilding her stamina. She intends to keep her popular YouTube channel active, and said she is grateful for having done so during her time in Houston—especially after losing much of her memory during some of the more aggressive chemotherapies.

“I like being able to look back and remember, even the low points, because now that you’re at a better point, you feel even more grateful,” she said. “You never think that’s going to happen to you. You see it all the time, but it’s crazy. It’s life-changing. You look at everything in a different way. You’ll never walk past an organization again without looking into it and trying to help.” 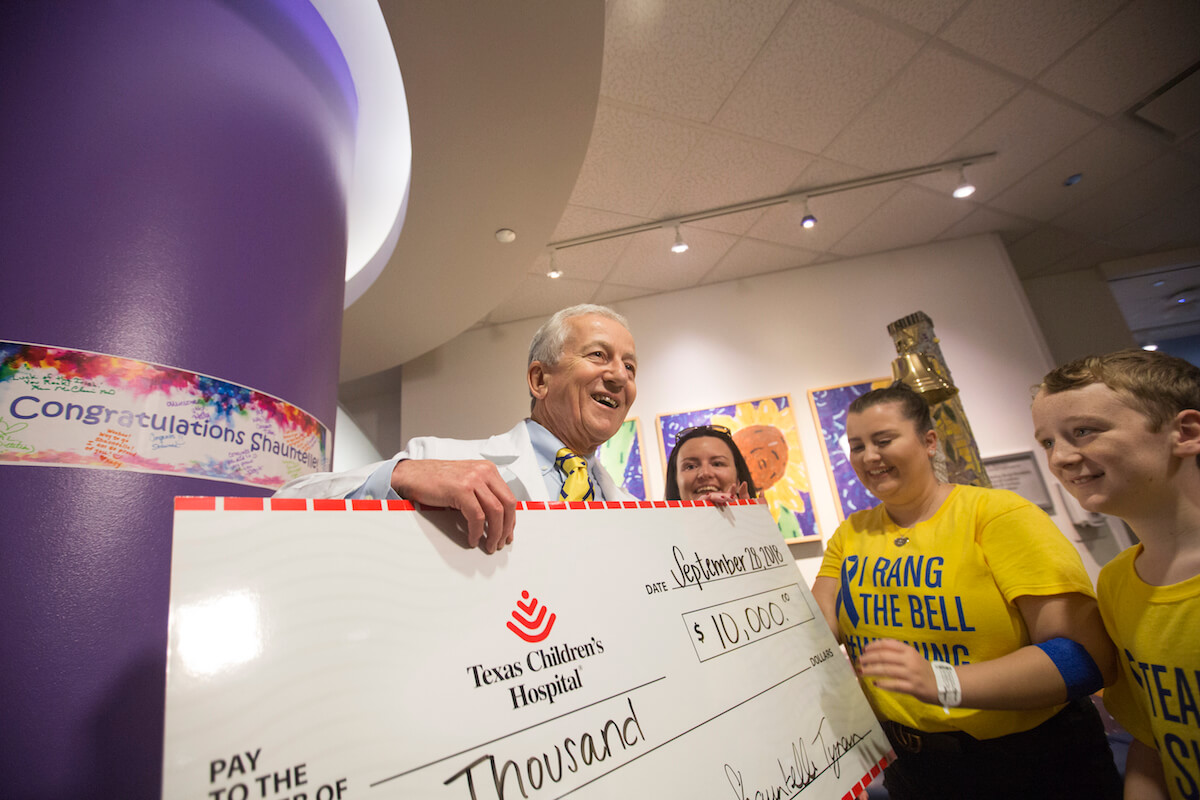 Kenneth McClain, M.D., Ph.D., director of the Histiocytosis Program at Texas Children’s Cancer and Hematology Centers, holds a check for $10,000, a donation made by Tynan and her family to go toward research for her rare cancer.