Houston Stand Down helps homeless veterans with services and supplies

Houston Stand Down helps homeless veterans with services and supplies 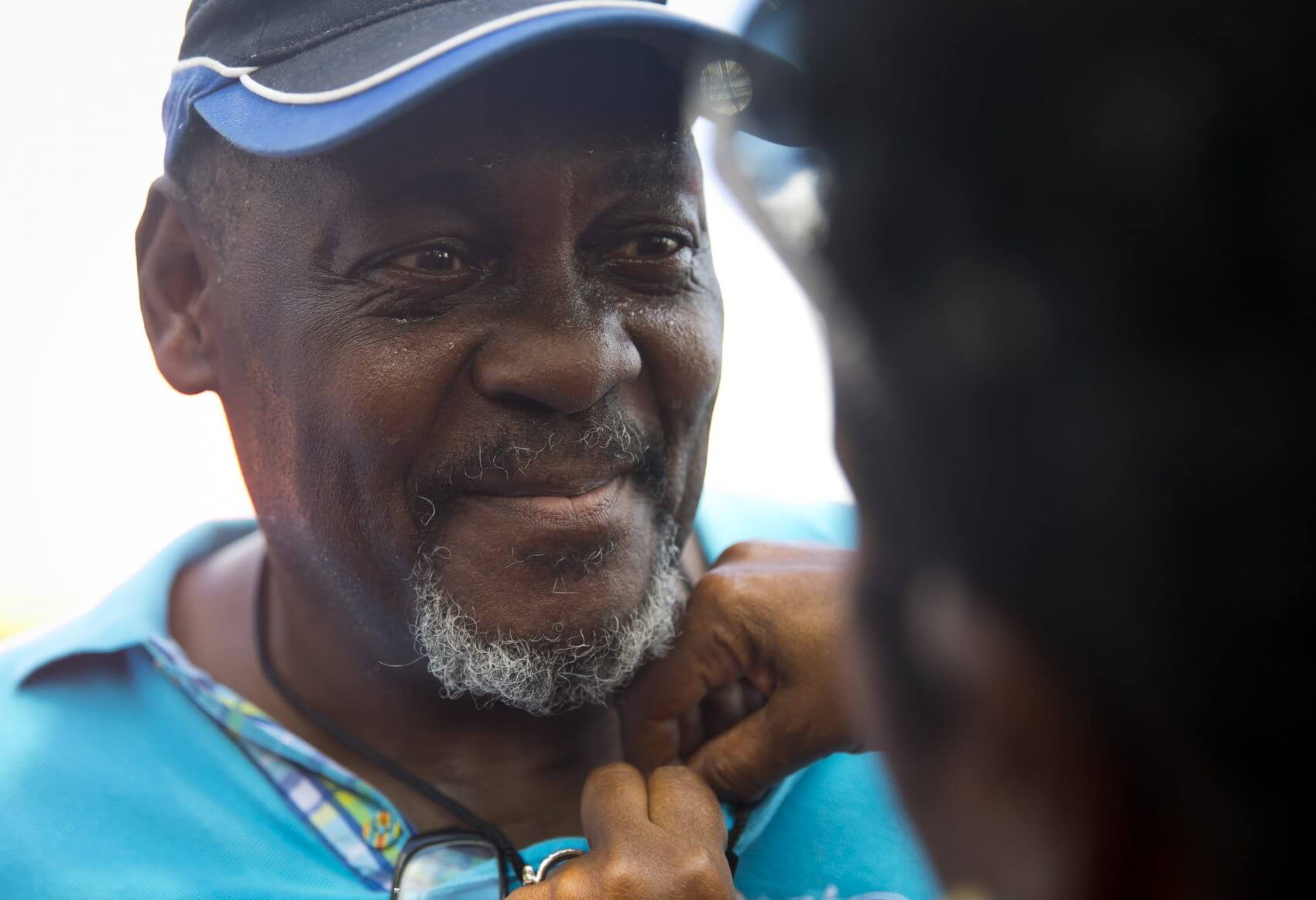 Lauren Williams was homeless for 30 months. She lived in her car, mostly.

After a knee replacement, she couldn’t return to her security job. That’s one reason she found herself with no place to live. Still, she managed.

“It was all just ingenuity,” said Williams, 66, a United States Army veteran who spent part of Friday morning selecting a few pieces of donated clothes at Houston Stand Down, an annual event to help the city’s homeless veterans. “I worked in security for several years. That’s how I know where to park and sleep and be safe all night.”

But some time over the next few days, Williams will move into her own place at Uvalde Ranch Apartments. She got help from the U.S. Department of Housing and Urban Development-VA Supportive Housing (HUD-VASH) program, one of many initiatives that help homeless veterans and one of several represented at Houston Stand Down, held in MacGregor Park.

The goal of the event, sponsored by the U.S. Department of Veterans Affairs and the City of Houston, is to deliver more success stories like Williams’.

On Friday, under tents and in trailers around the park, veterans received free meals, clothing, haircuts, chaplaincy services, legal advice, rental assistance, vocational training and more. Many of the services were delivered on the spot, including HIV tests that took about 20 minutes and engraved medical ID bracelets—courtesy of American Medical ID, a local employee-owned business.

A steady stream of veterans moved between nearly two dozen help stations in the park.

“This is a low turnout—which is good,” said Emilio Herrera, a social worker at the Michael E. DeBakey VA Medical Center, one of the event’s key organizers. “Last year we served 657 vets. The goal is to shrink the numbers. It’s kind of counterintuitive.”

Homeless or transitioning veterans were transported to Houston Stand Down in a variety of ways, Hererra said, including Houston MetroLift—a shared-ride public transit service that offers assistance to disabled individuals—and shuttles from the nearby VA Medical Center.

Tyler Mitchell, who arrived via public transportation, got a shave and a haircut.

An Army veteran, Mitchell, 50, worked in mobile supply and was stationed in Vilseck, Germany between 1988 and 1992—during the time the Berlin Wall came down.

“The Army wasn’t for me,” he said, “but learning about mobile supply prepared me for jobs in the real world.”

At the moment, Mitchell resides in transitional housing. He was homeless for a time, living with his dog, Trigger, near U.S. Highway 59 and Bissonnet Street. A medical condition that makes it hard for him to stand and walk has made finding work tough.

“I’m looking for a job,” Mitchell said. “I’m going to visit a friend here today who thinks he might have work for me.”

Student barber Kiahna Ralph of the Franklin Barber Institute donated her time to Mitchell’s grooming. When she was finished, he had a tight haircut and the trimmed sides of his beard created a tidy goatee.

U.S. Rep. Shelia Jackson Lee was on hand to distribute Vietnam War pins to veterans who served in that era. She pinned several veterans in the midday sun, including Rueben Hill, a former Army cook who served from 1969 to 1976 and came to the event specifically to receive his pin.

“I still cook,” said Hill, 69, who lives in an apartment in Houston. “I’m trying to get a catering truck where I can cook and bake.”

Stand Down events, which are held across the country, are typically stretch one to three days each providing supplies and services to homeless veterans. The term “stand down” refers to the brief period of time a soldier leaves an active combat area to rest and regain strength before returning.

In Houston, event organizers were focused on outreach—which is getting homeless veterans access to multiple programs including health care and medical benefits via Health Care for Homeless Veterans and the Veterans Benefits Administration.

“We expect a lot of folks are off the VA grid,” said Herrera, the social worker. “But here, services are taking place. We’re not educating and hoping. We’re getting veterans enrolled. We’re getting them on the VA radar.”

For veterans like Lauren Williams, who left the clothes tables with colorful print tunics and a crisp white button-down to wear when she ushers at Greater Mt. Lebanon Baptist Church, the VA programs have changed her outlook.

“I want to give back,” Williams said. “I want to find work that’s more about service and less about money.”

Gesturing to all the volunteers and organizers working at stations around the park, she said: “This is a miracle to see in my lifetime.”