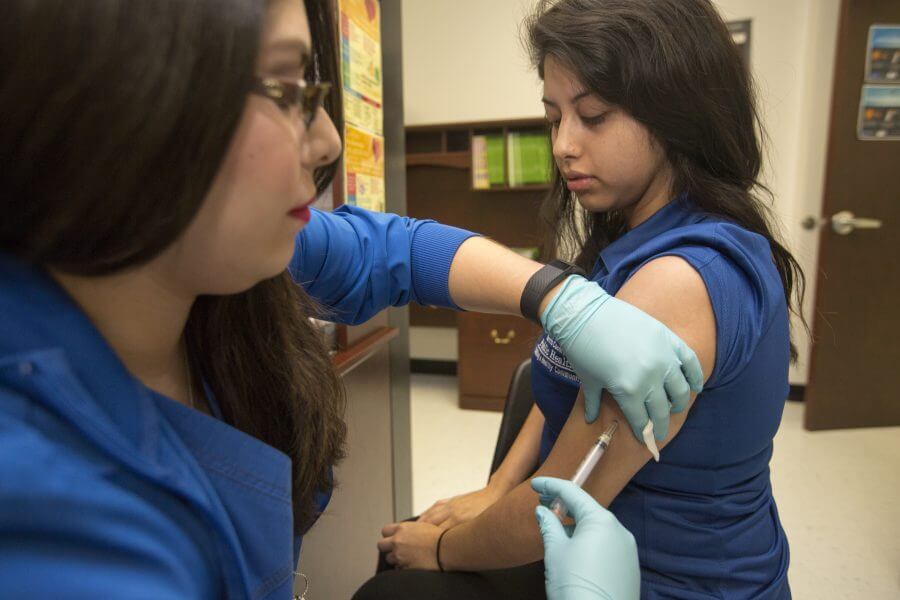 The 2017-2018 flu season marked one of the worst the United States has faced in decades. That’s why health officials are urging the public to help avoid a repeat this fall and winter by getting vaccinated.

The Centers for Disease Control and Prevention (CDC) recommendation is that every person six months and older receive a flu shot by the end of October.

Health officials estimate that last flu season more than 900,000 people were hospitalized because of the illness — a record—and 80,000 people died from the flu, the highest total since 1976.

“Getting the flu shot is about community; it’s about everyone else around you,” said U.S. Surgeon General Jerome Adams, M.D., MPH, during an event in Washington, D.C. last month. “Those 80,000 people who died last year from the flu—guess what? They got the flu from someone. Someone passed it along to them.”

Last season, about 58 percent of children ages 6 months to 17 years received a flu vaccination. That’s well short of national public health goals of 80 percent. Even more concerning to officials: that rate is gradually declining. The results are devastating. During the previous flu season, health officials tallied 180 influenza deaths in children, most of whom were unvaccinated.

Health experts say the vaccination rate remains low, in part, because of misconceptions about the flu and the way the vaccine works. TMC News spoke with Isabel Valdez, a Baylor College of Medicine physician assistant and instructor of family and community medicine, about the flu vaccine. This interview has been edited and condensed for clarity. 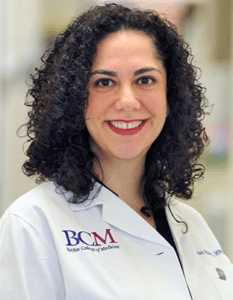 Q: What’s the biggest misconception about the flu vaccine?

A: That you’re going to get sick if you get the flu shot. Someone actually asked about this yesterday. He had his anecdotes. You may have an immune response to the injection itself, but you can’t get the flu from the shot, and the shot’s not causing a cold either.

It’s back to school season. Kids are in daycare. They’re bringing germs home. You’re likely being exposed to a virus from family members. It’s a coincidence that patients feel they’ve gotten a cold from the flu shot.

Q: Should people still get the shot, even though it’s not guaranteed to prevent the flu?

A: People say they don’t have time to come to the doctor to get the shot. But as a community, we’ve made the flu shot available at grocery stores, pharmacies, workplaces and, of course, your doctor. It’s everywhere. It’s accessible. Now, I cannot speak to patients who don’t have access to care who are low income. They might have to do more digging. But it’s available. If you’re at the grocery store, just hop in and get it.

Q: Do you have any ideas on how we can improve the rate of people who get the vaccine?

A: We can make it a family affair. If you’re going to the doctor, bring your kids. If you’re dreading the screaming and crying, take the family to a meal or a ball game afterward. Make a nice event around it. One of my patients gave me this idea.

Q: When should people get the flu shot?

A: The sooner you get it, the better. That will give your body more time to create cells that will fight flu if and when you get exposed. Even if you get it a little later, a little protection is better than none.

And even if you’ve already gotten a flu infection this season, once you recover, get a flu shot. It will protect you from different strains of the flu.

The CDC recommends a yearly flu vaccine as the most important step to protect against influenza. Flu vaccines cannot cause the flu illness. Visit vaccinefinder.org to find out where flu vaccines are available near you.