Microsurgery is changing the way breasts are rebuilt 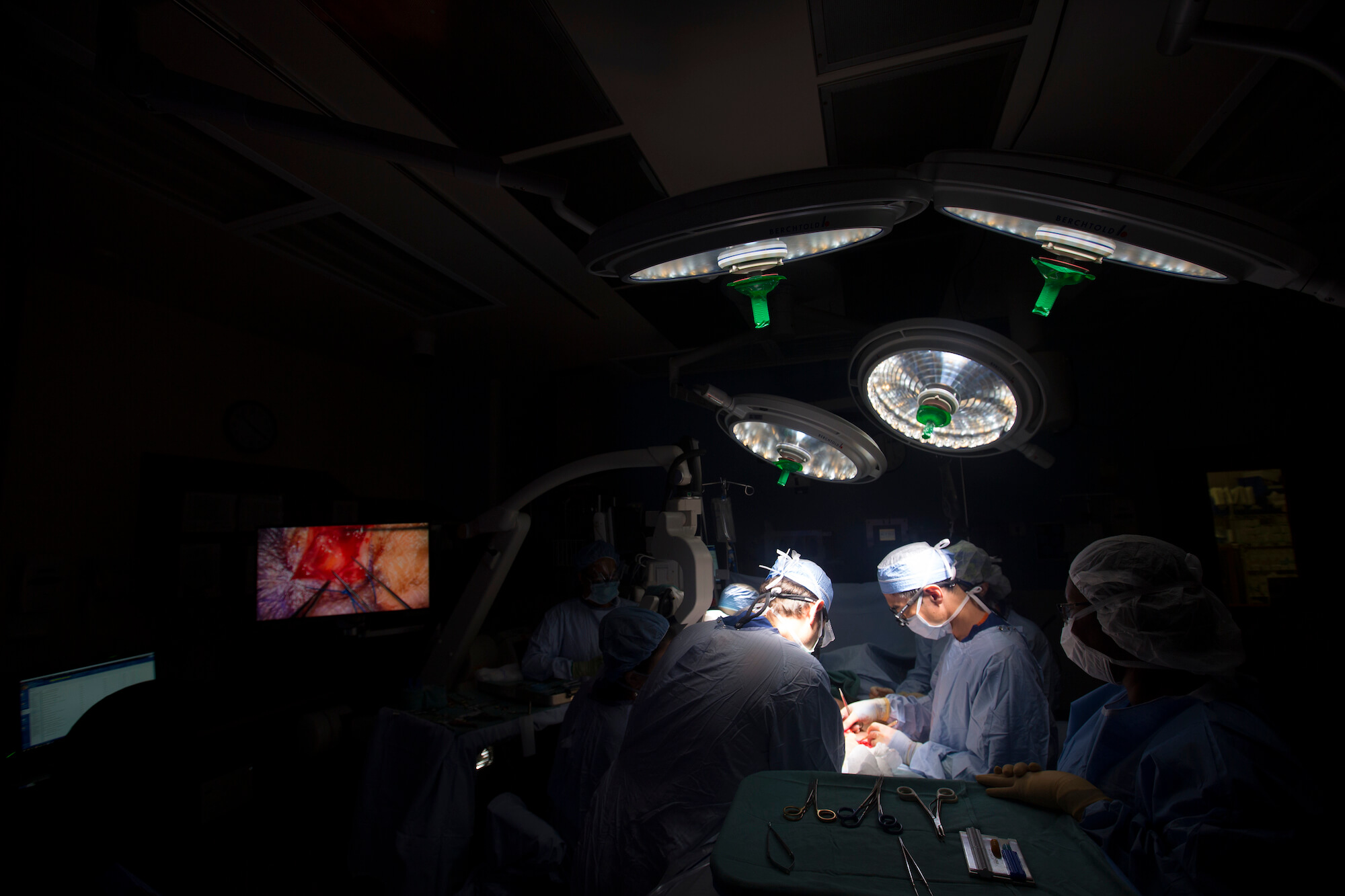 On Nov. 1, 2017, millions watched as the Houston Astros beat the Los Angeles Dodgers in Game 7 of the World Series, winning their first championship title in franchise history. But while fans cheered on the Astros, Melissa Williams-Scott was on the phone with her oncologist, who was sharing different news: She had ductal carcinoma in situ (DCIS), a type of stage 0 non-invasive breast cancer that forms in cells inside the milk ducts.

As Williams-Scott spoke with her doctor about her breast cancer diagnosis, her wife, Brenda, sat in an MD Anderson clinic, undergoing treatment for lymphoma.

“It was daunting, but we knew it was something we could handle,” Williams-Scott said.

Although DCIS does not spread beyond the breast, it can progress into breast cancer that metastasizes if left untreated. The American Cancer Society estimates about one in five new breast cancers will be DCIS, yet it is nearly completely curable. The diagnosis didn’t surprise Williams-Scott, who had a mass removed 14 years earlier. She had a sneaking suspicion that she might receive a cancer diagnosis at some point. 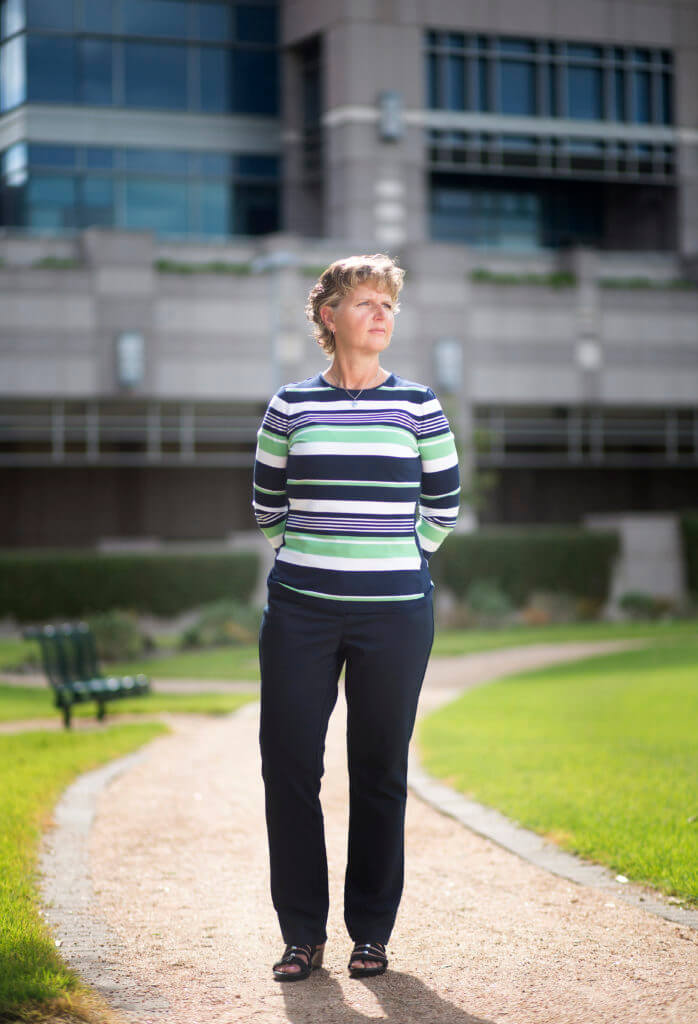 “I spent many years waiting for this diagnosis,” Williams-Scott said. “I didn’t want to do this again with Brenda’s diagnosis looming. Hers will come back. We’re blessed that it’s in remission right now, but with that looming, I didn’t want always to wonder.”

After meeting with her reconstructive plastic surgeon, Margaret S. Roubaud, M.D., assistant professor in the department of plastic surgery at The University of Texas MD Anderson Cancer Center, Williams- Scott decided to be aggressive and have both of her breasts removed entirely.

“I always thought of myself as not caring about my breasts. They were just a part of me. They weren’t very large. I’m not really a girly girl,” Williams-Scott said. “I was a little fascinated by people’s body image because I thought I was immune to that. This made me look at myself differently.”

As her double mastectomy date drew closer, Williams-Scott grew increasingly torn between choosing to go flat or reconstructing her breasts.

“I realized that there really is something about your identity that goes with your [breasts],” she said. “I would have days when I would think, ‘I don’t need reconstruction.’ … Then, I’d have other days when I’d think, ‘No, I want to get the ones I always thought would be nice to have.’ I went through the whole gamut of that, but I realized that I just want to be healthy and the size I was before. I want to be comfortable in my skin. My biggest desire, if possible, was to only [use] my tissue.”

Williams-Scott scheduled her double mastectomy and tissue flap reconstruction for January 2018. Prior to her surgery, she got undressed at home, stood in front of the mirror and stared at her body.

“It was like I wanted to memorize what [my breasts] looked like at that moment because I knew they’d never be the same again,” she said. “When we look in the mirror, we expect things to always look kind of the same. Yeah, we’re going to get wrinkles, gray hairs, lose and gain weight, but things were always going to be sort of the same. I was afraid that would upset me.”

“In the beginning, women are just really focused on surviving the cancer,” Roubaud said. “As that immediate danger passes, what they realize is there’s a huge part of their identity that was wrapped up in their body. All of us have it. Women, in particular, are brainwashed early in life to pay attention to what they look like. There’s a grieving and a loss.”

Some women worry that their partner may look at them differently. Some fret over how their clothes fit. Others, who nursed their children, view mastectomies as having their motherhood stripped away. 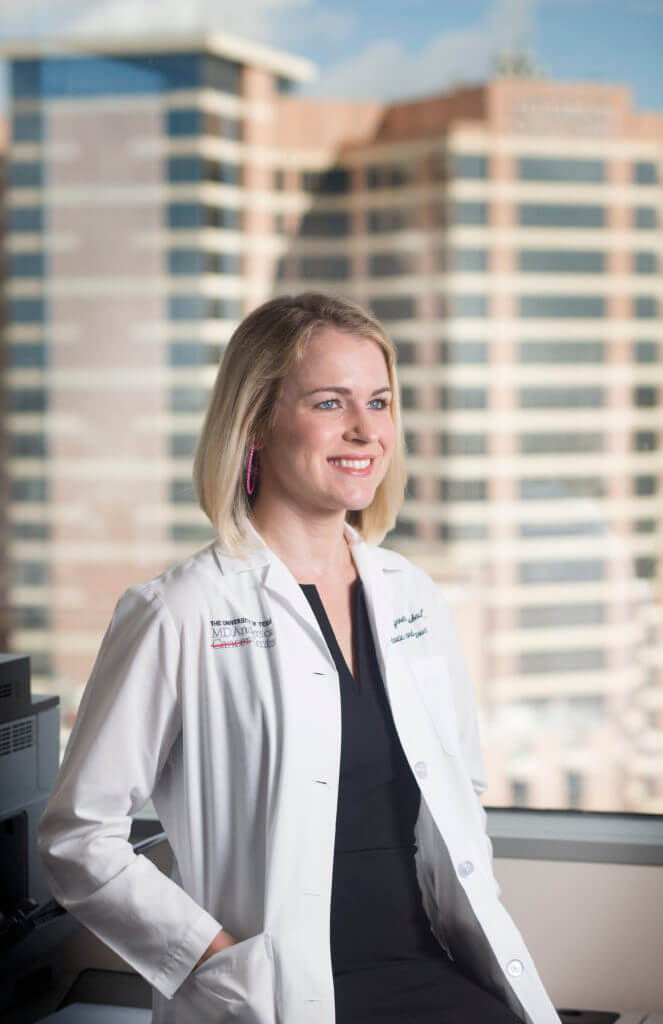 “Until women are reconstructed, we haven’t finished their treatment. We haven’t finished restoring them,” Roubaud said. “We know now more than ever in the medical community that you can’t cut people’s bodies and ignore their soul. You can’t do surgery and not pay attention to their emotional needs. This is definitely addressing both.”

There are two main approaches to breast reconstruction: breast implants filled with silicone or saline inserts, and tissue flap procedures using the patient’s own body tissue.

Although implants are a popular option for mastectomy patients and entail a less invasive operation, implant reconstruction may not be possible for every patient. Additionally, with time, some patients may need to undergo revision surgery to replace the implants. Tissue flap reconstruction is a much more complex and extensive procedure, but the benefit is that the results are “for life,” Roubaud said.

“You’re basically recreating yourself with yourself,” she said. “We know the anatomy of the body and we’re stealing from Peter to pay Paul—where we can borrow, where we can move it to, etc. It’s really about using the body to heal itself.”

Plastic surgeons take skin and fat, sometimes muscle, from one part of the body and move it to the chest wall to form a breast. Under a high-powered microscope, microsurgeons connect all the blood vessels in the tissue graft—usually 2 to 3 millimeters in width—to the new site.

“In recent years, in the field of breast cancer, we’ve come up with a number of new techniques … primarily in the sense of improved outcomes with implants and new flap techniques to reconstruct,” said Matthew Hanasono, M.D., professor and director of the Reconstructive Microsurgery Fellowship Program in the department of Plastic Surgery at MD Anderson.

“Today, the gold standard is to use tissue from the abdomen (the so-called DIEP flap) or the older version of the flap, called the TRAM flap,” Hanasono said.

With the advent of new technologies, including more powerful microscopes and finer tools, plastic surgeons are entering a new frontier of microsurgery that is revolutionizing soft tissue reconstruction. Supermicrosurgery is a technique of dissection and anastomosis of small vessels ranging from 0.3 to 0.8 millimeters using suture needles 30 to 80 microns thick—finer than the average human eyelash. In addition, surgeons are able to use other parts of the body—beyond the abdomen—to form a breast. 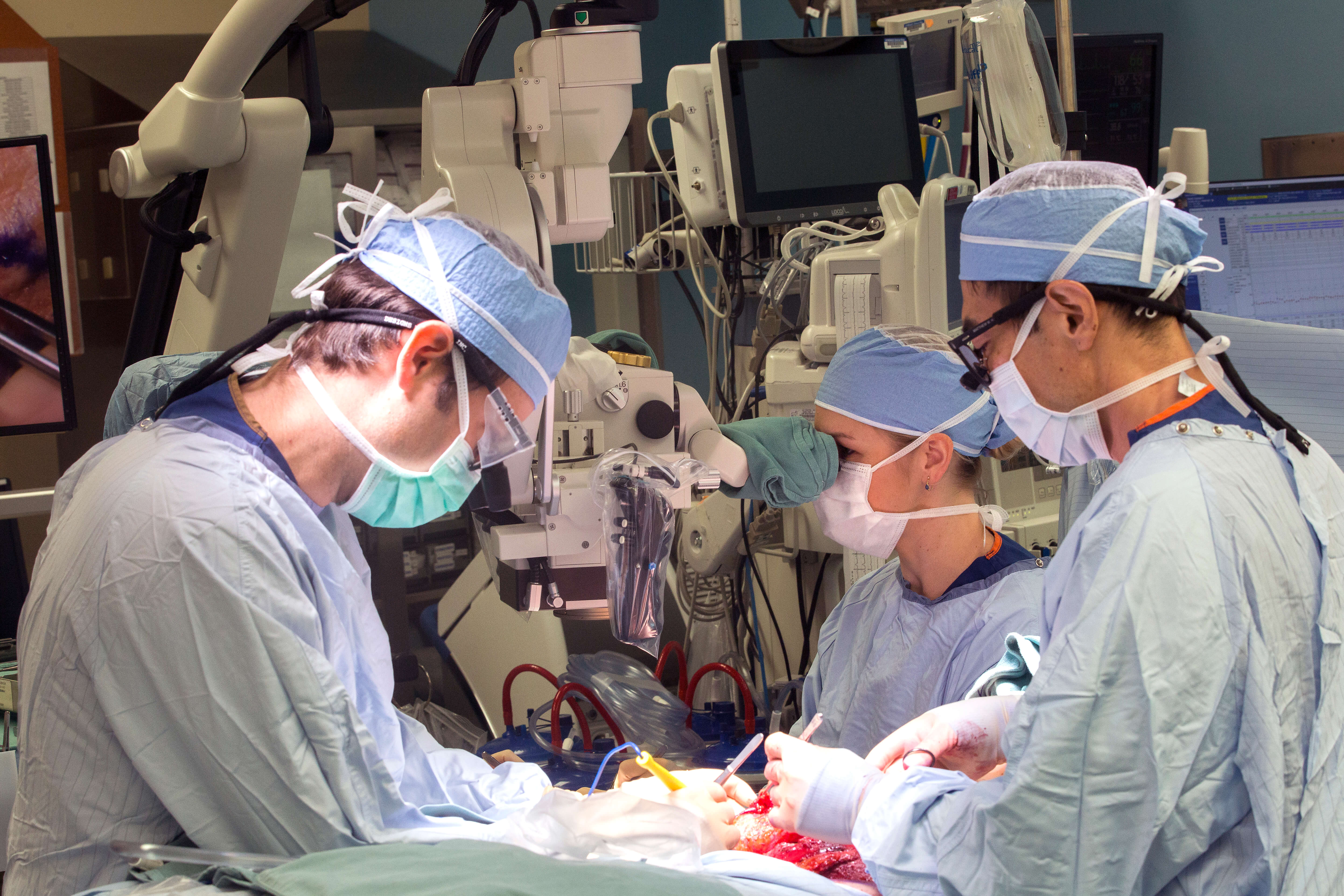 “The newest evolution of this is to take it either from the thighs or the buttocks or the hip—places we didn’t think were options before,” Roubaud said. “Women carry a lot of extra weight in those areas, and they are usually more than happy to let us take it and turn it into a breast.”

Many insurance carriers claimed that a breast did not serve a bodily function and, therefore, did not affect a woman’s health.

“I consider a mastectomy an amputation,” Roubaud said. “At no other place in the body would we cut off a body part and not offer someone rehabilitation—a prosthetic leg, a prosthetic arm, etc. The fact that, for years, we cut off women’s breasts and didn’t offer them anything seems to be a little archaic.”

“MD Anderson can be a sad place. Everyone here has cancer, but what’s cool about MD Anderson is they cure people like crazy,” Roubaud said. “When [patients] come into my office or my clinic and everyone’s clinic in this department, they all are looking for some way to feel whole again. We get to deliver that. Whatever body part was taken away, we can help give that back as best as we know how, medically.”

‘The year of reconstruction’
After Hurricane Harvey hit, the two homes Williams-Scott and her wife own in Alvin, Texas, flooded with several inches of water. Like thousands of other Houston-area residents whose lives were affected by the storm, the couple needed to repair their homes. While they were undergoing treatment at MD Anderson, they were also removing sheetrock, drying out cabinets and replacing flooring.

“We’ve laughed uncontrollably that it is the year of reconstruction, whether it’s a body or a home,” Williams-Scott said. “We’re just going to fix things.”

On Jan. 31, 2018, Williams- Scott underwent a double surgery with Roubaud and her colleague, Rene Largo, M.D., who pioneered the thigh flap technique at MD Anderson. Williams-Scott decided to have a double mastectomy and breast reconstruction—using fat and skin from her inner thigh and buttocks—in one fell swoop. Five months later, she returned to Roubaud to have more fat grafted from her thighs and belly to fill in some areas of her breasts.

“Most days, when I look in the mirror now, I don’t miss what I saw before. They’re definitely different, but I’m okay with that,” Williams- Scott said. “I feel like I still am me. That’s what I was worried about. I don’t feel like I lost me in this process.”

With her sense of identity intact, Williams-Scott hopes her breast reconstruction journey will urge women to screen for breast cancer and encourage breast cancer patients to consider their options.

“I kept thinking, ‘Why was it so easy for me? Why, when I have dear close friends who have either lost the battle or had to go through radiation, chemo, hair loss, vomiting and all those things, did I get to breeze in?’” Williams-Scott said. “I think my role is to tell people: go get checked. Just do your mammogram. No, it’s not fun, but trust me, it’s easier than the alternative.”