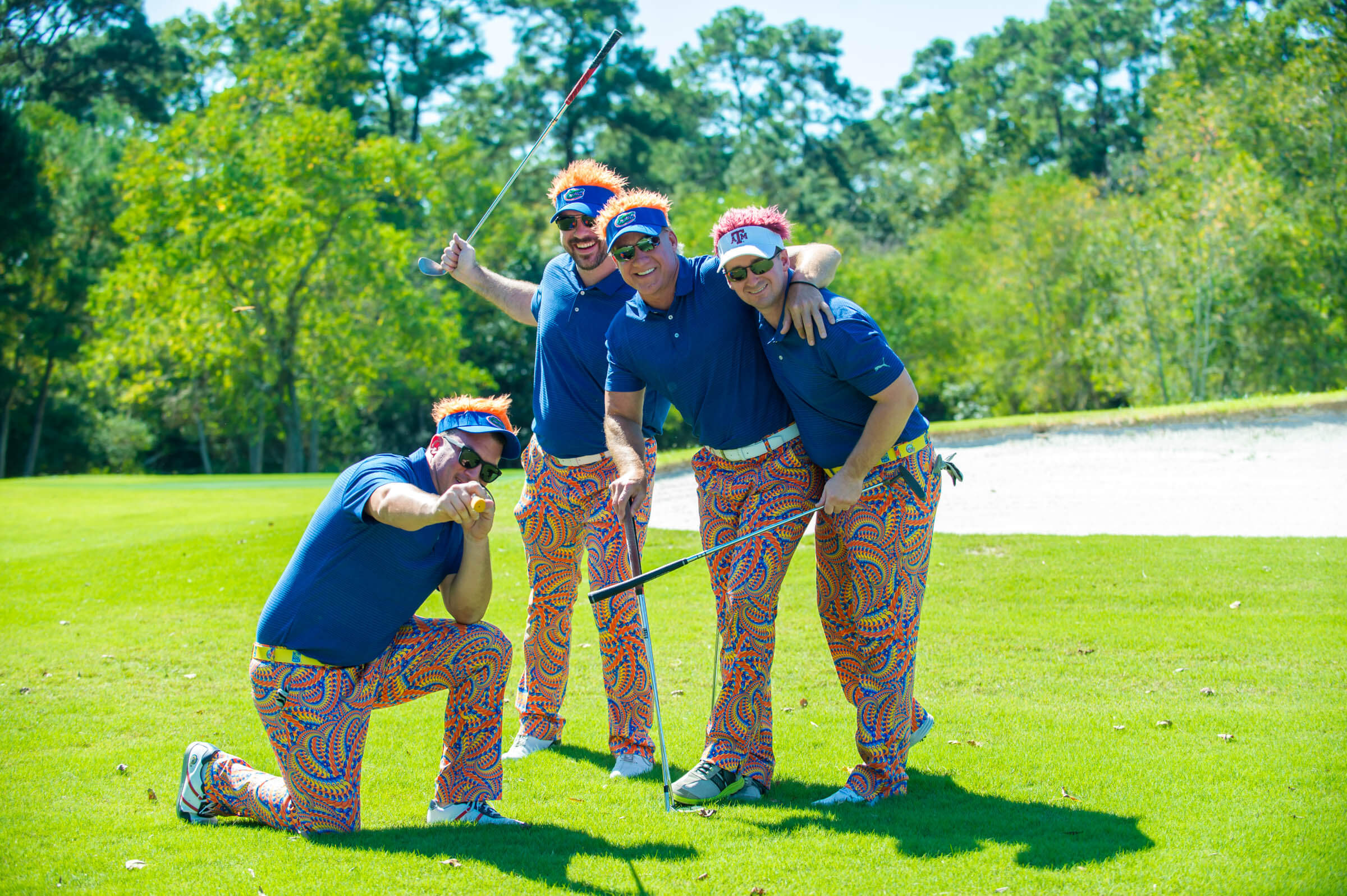 Some of Houston’s most creative and generous golfers hit the links on Oct. 11, 2018 to support the Texas Children’s Hospital Newborn Center. Golfers showed up in their goofiest gear for the 21st annual Bad Pants Open at the Clubs of Kingwood.

“The Bad Pants Open is one of the greatest sources of support and funding for the Newborn Center,” said Gautham Kanekal Suresh, M.D., Section head and Service chief of neonatology at Texas Children’s Hospital. “It helps us deliver better care to our patients and their families.”

The tournament, which brought in $500,000 this year, has raised $6.5 million over its two-decade run to aid patients and their families at the Newborn Center. The money allows the hospital to assist with parking fees as well as provide food, and personal essentials to families of NICU (Neonatal Intensive Care Unit) patients. Funds also pay for support group lunches for NICU nurses, books and journals for NICU parents and an annual reunion for NICU patients and care providers. There also are contributions for bereavement funds, medical research and education.

This year, philanthropic community members from the Houston area, as well as some New Yorkers, teamed up in their funkiest outfits for play on the greens. From paintball splatter and flamingos to Astros and Americana, Bad Pants Open players spent their day competing and raising money for a good cause.

Texas Children’s has one of the largest NICU facilities in the nation, where more than 2,500 critically ill and premature infants are treated annually, and is one of two Level IV NICUs in the greater Houston area.

“We have anywhere between 140 to 150 babies on any given day that range from very premature infants who are very sick and very fragile to very large babies who have heart defects or congenital problems with the way their organs are formed,” Suresh said.

This year, the Bad Pants Open was presented by RBC Wealth Management/Capital Markets and chaired by Rob Cooksey, vice president of Texas Aromatics. Golfers enjoyed breakfast provided by Chick-fil-A and lunch on the course courtesy of Becks Prime Restaurants.

After the tournament, golfers attended an awards ceremony and dinner catered by Swift Events, where players were awarded plates painted by Texas Children’s patients for the best golf scores and baddest pants. Monique Landor, a NICU nurse at Texas Children’s Pavilion for Women, received the “NICU Nurse of the Year” award.

“To me, it is a great source of inspiration,” Suresh said. “To see these non-medical people working so hard and with such passion and dedication, it energizes me and reminds me of the true purpose of why we all became health care professionals.”