The Best, the Worst and the Future of Nanotechnology

The Best, the Worst and the Future of Nanotechnology 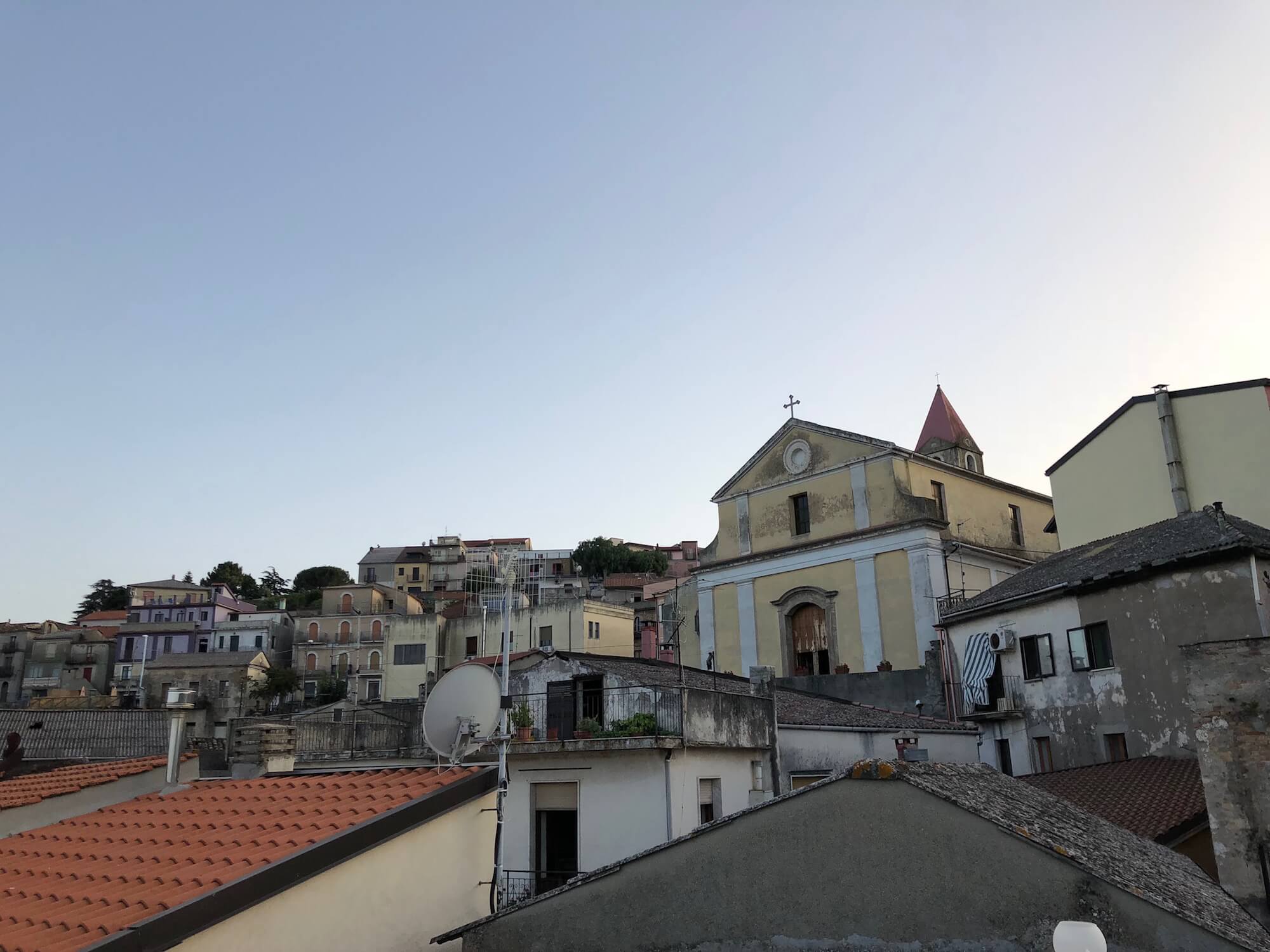 Nestled on a mountainside in the southern tip of Italy’s boot is Gagliato, a tiny Calabrian town that 470 people call home. Every July, experts from multiple sectors— nanoscientists, doctors, venture capitalists, educators and others— converge here for NanoGagliato, an unconventional five-day conference on nanotechnology and nanomedicine. 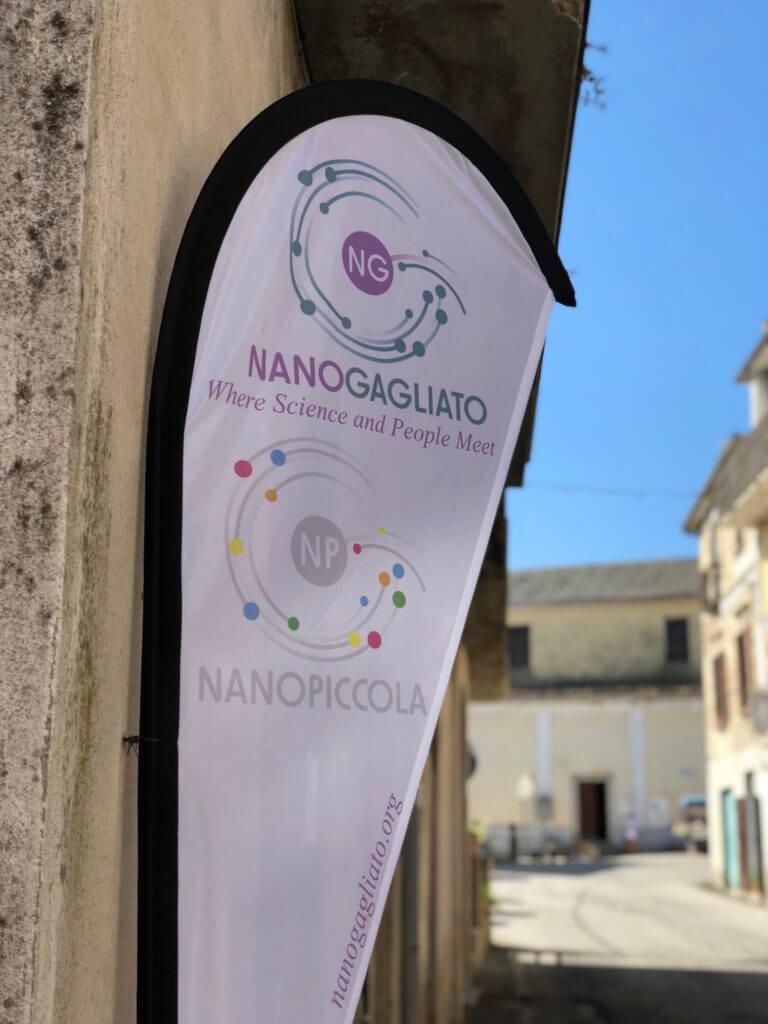 NanoGagliato and NanoPiccola banners were hung around the city to welcome guests to the conference.

“This [is] a little international community hotspot where we can share so much that comes from an incredible landscape of the sun, the sea, the local tourism, the hills, the history, the archaeology, the food and the science,” Paola said. “It’s a little Shangri-La we built in a very unlikely place.”

In a series of panel discussions held in a newly renovated two-story building and a beachside restaurant that offers a panoramic view of the Ionian Sea, speakers delved into enough to be measured in nanometers—was touted as one of the best developments in nanotechnology during NanoGagliato’s “NanoBest” discussion. 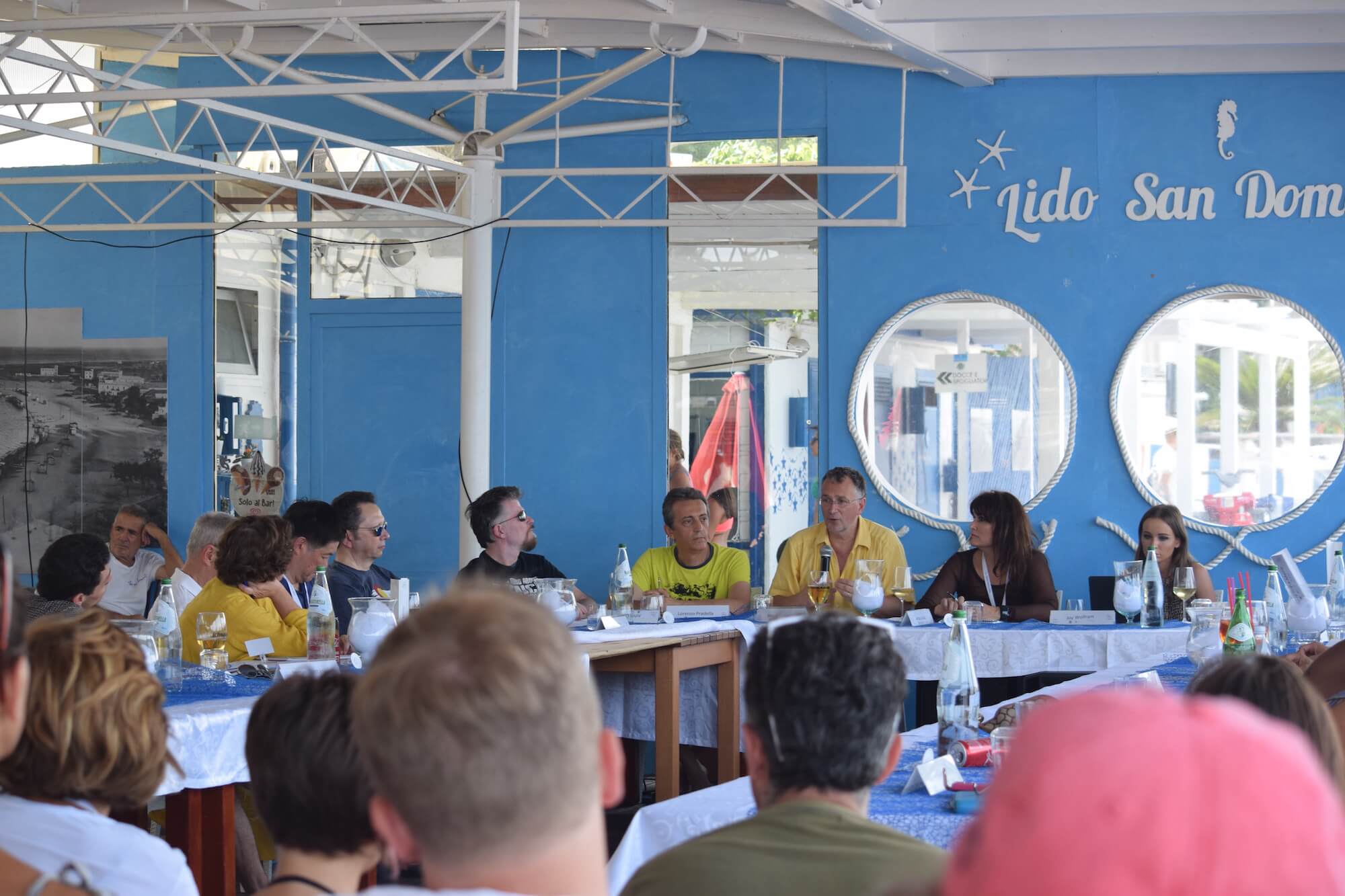 “The atmosphere, the lack of structure and the lack of formal mannerisms make NanoGagliato the perfect environment to help people feel free to share passionately and scientifically outside their comfort zones in a completely unbiased way,” said Adriele Prina-Mello, Ph.D., a returning NanoGagliato speaker and an assistant professor in translational nanomedicine at the Trinity Translational Medicine Institute School of Medicine in Dublin, Ireland. “The energy that is brought in … is contagious.”

The key to translating research into viable health care solutions and therapeutics is the establishment of good manufacturing practices facilities, Ferrari said. A good example is Houston Methodist’s cGMP (current Good Manufacturing Practices) Core, a 2,810-square-foot facility on the 12th floor of the Houston Methodist Research Institute. The facility allows scientists to avoid the cost and delays associated with outsourcing the production and distribution of therapeutics and devices and, instead, take their research from bench to bedside for the best, the worst and the future of nanotechnology

“In the near and total absence of facilities such as that in academia, this connects activity typically in university research institutes’ settings to distribution, which is typically done in the private sector world,” Ferrari said. “We’ve been preaching about the importance of that connector for years and years, and now we get to walk the walk and talk the talk.”

NanoWorst
Cerulean Pharma, a company that developed nanoparticle technology to deliver chemotherapy drugs to cancer cells, was identified as a “NanoWorst” at NanoGagliato.

In 2013, Cerulean’s premier drug, known as CRLX101, underwent an open-label Phase 2 clinical trial in hopes of extending patients’ survival rates. Due to a massive trial design error, patients on Cerulean’s drug lived 6.3 months, while patients on other therapies lived 11.9 months.

Three years later, the company failed to produce positive results in a Phase 2 trial for kidney cancer. Instead of improving survival rates, the combination of CRLX101 and a standard cancer drug, bevacizumab, failed to keep the cancer from spreading.

The writing was on the wall. Cerulean’s nanoparticle assets were sold off to Novartis and the rest of the company merged with Daré Bioscience.

But many NanoGagliato panelists agreed that failures in the field should serve as cautionary tales to help other scientific endeavors succeed.

“We should have a little more enthusiasm for publishing failures because it would help us all to learn more,” said John Cooke, M.D., Ph.D., director of the Center for Cardiovascular Regeneration in the Houston Methodist DeBakey Heart and Vascular Center. “It is from the failures that we learn.”

In the field of nanomedicine, the liver is the enemy. Between 30 to 99 percent of drug-loaded nanoparticles injected into the blood accumulate in the liver because the body identifies nanoparticles as a threat. As a result, only a fraction of the nanoparticles actually make it to the tumor site.

“One promising strategy is to temporarily block the liver from eating nanoparticles so we can get more to the tumor,” Wolfram said.

Another research area focuses on the biological nanoparticles—called extracellular vesicles (EVs)— that cells secrete. EVs allow cells to communicate with each other by sending “text messages” of the body, Wolfram explained. If scientists are able to gain a better understanding of EVs, they can leverage the cell’s communication system and load EVs onto therapeutic agents to disseminate from cell to cell.

Scientists are also developing diagnostic tools to optimize nanoparticle therapy by determining which patient populations would benefit and how to customize the size and shape of nanoparticles to the individual.

Finally, scientists are studying how nanoparticles change in space and time in an effort to optimize therapies. Ultimately, the success of nanomedicine will be its disappearance, Ferrari said.

“Right now, we are focusing on nanomedicine as a tool, as a field, with the recognition that it can bring success. That’s important,” he said. “However, the true measure of success is when it is merged into the current oncological practice to the extent that nobody thinks of ‘nano,’ but they only think of the disease. Most importantly, they only think of the patient, so it becomes merged into the fabric.”

Birth of NanoGagliato
Mauro and Paola Ferrari traveled frequently from the United States to southern Italy after a close friend and colleague from the University of California, Berkeley asked Mauro to help him create the biomedical engineering department for the new Università degli Studi Magna Græcia in Catanzaro in 2003.

After spending their summers in the region, the couple decided to look for a home up the hill, away from the crowded beach town of Soverato. They stumbled upon Gagliato, a down-on-its-heels town 25 miles south of Catanzaro.

“At the time, [Gagliato] was dying. There were no shops, nothing,” Mauro recalled. “I said, ‘This is the ugliest place I have ever seen.’”

Even against the backdrop of dereliction, the town enchanted Paola. 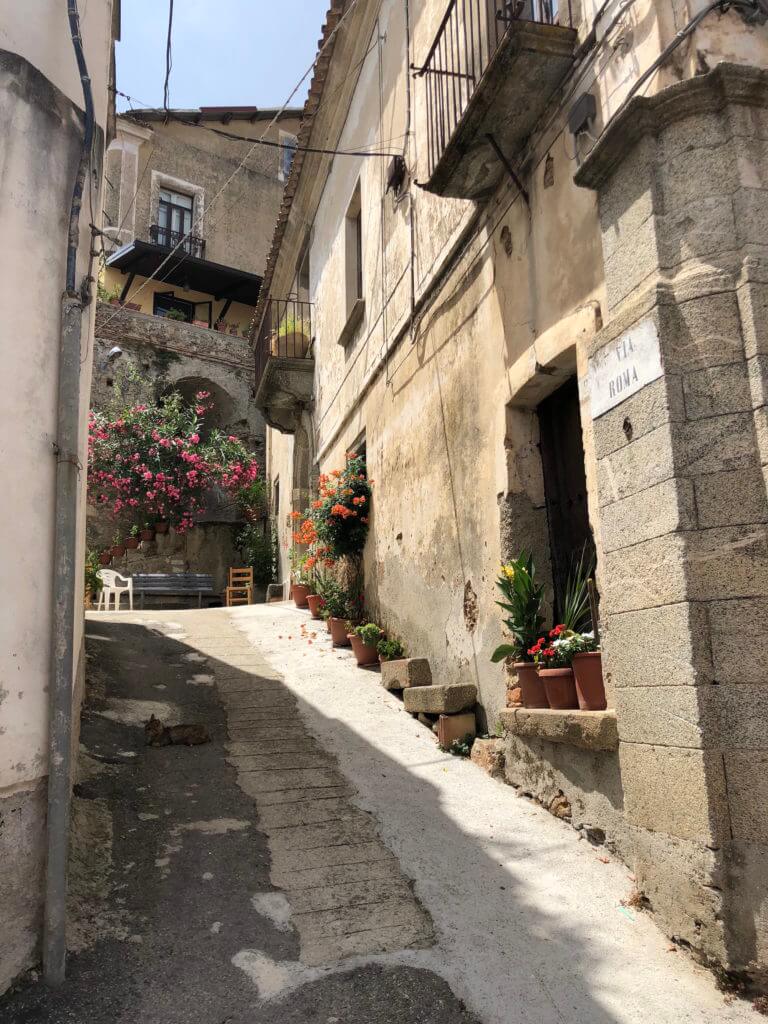 “I found this area so beautiful and so energetic,” Paola said. “It might not be the prettiest little town on the hill. However, it’s the closest and has a lot of charm.”

After they purchased their house in Gagliato in 2005, Paola was determined to make Gagliato more than their family’s summer escape; she wanted to cultivate a space to stimulate the intellect and bring together global experts.

In 2008, the Ferraris invited seven nanoscientist friends to their Gagliato home. The small group from Japan, England, France and Germany gathered in the living room to discuss nanotechnology and nanomedicine over glasses of Italian wine.

“When we started, nanomedicine wasn’t as big of a movement as it is right now,” Mauro said. “We thought we’d just spend some time together, go to the beach, talk and have sessions. Then, it grew from there.”

The following year, they established the Accademia di Gagliato delle Nanoscienze (The Academy of Gagliato of NanoSciences), a nonprofit dedicated to organizing future meetings and activities with the support of private sponsorships and public grants, with Paola serving as president.

The annual gathering expanded and came to include a town-wide event in the piazza. A junior version of the conference, NanoPiccola, was added to the list of events as well, to engage local schoolchildren in STEM [science, technology, engineering and mathematics] education through hands-on experiments. 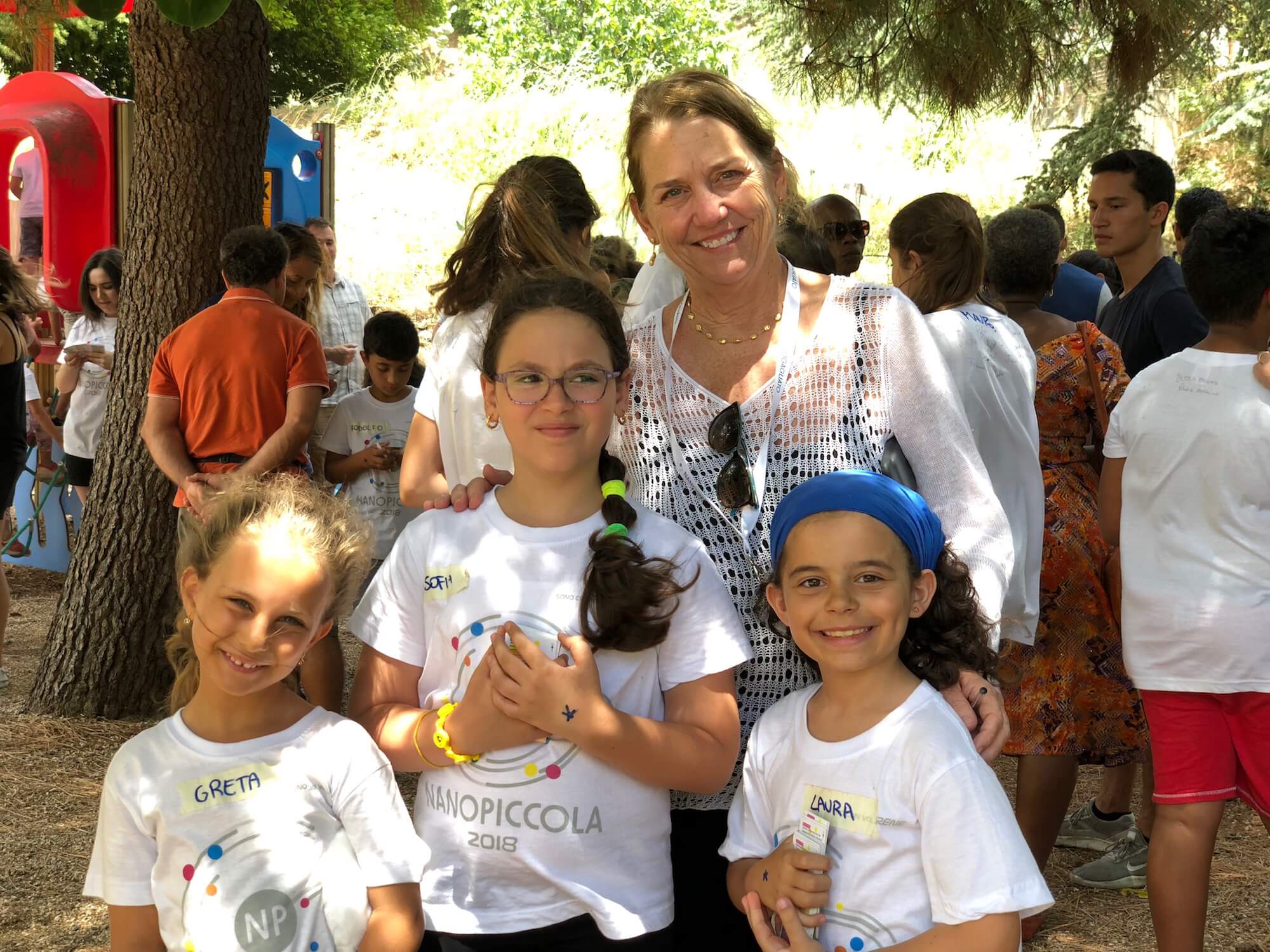 Barbara Bass, M.D., poses for a picture with three NanoPiccola students from the local school. 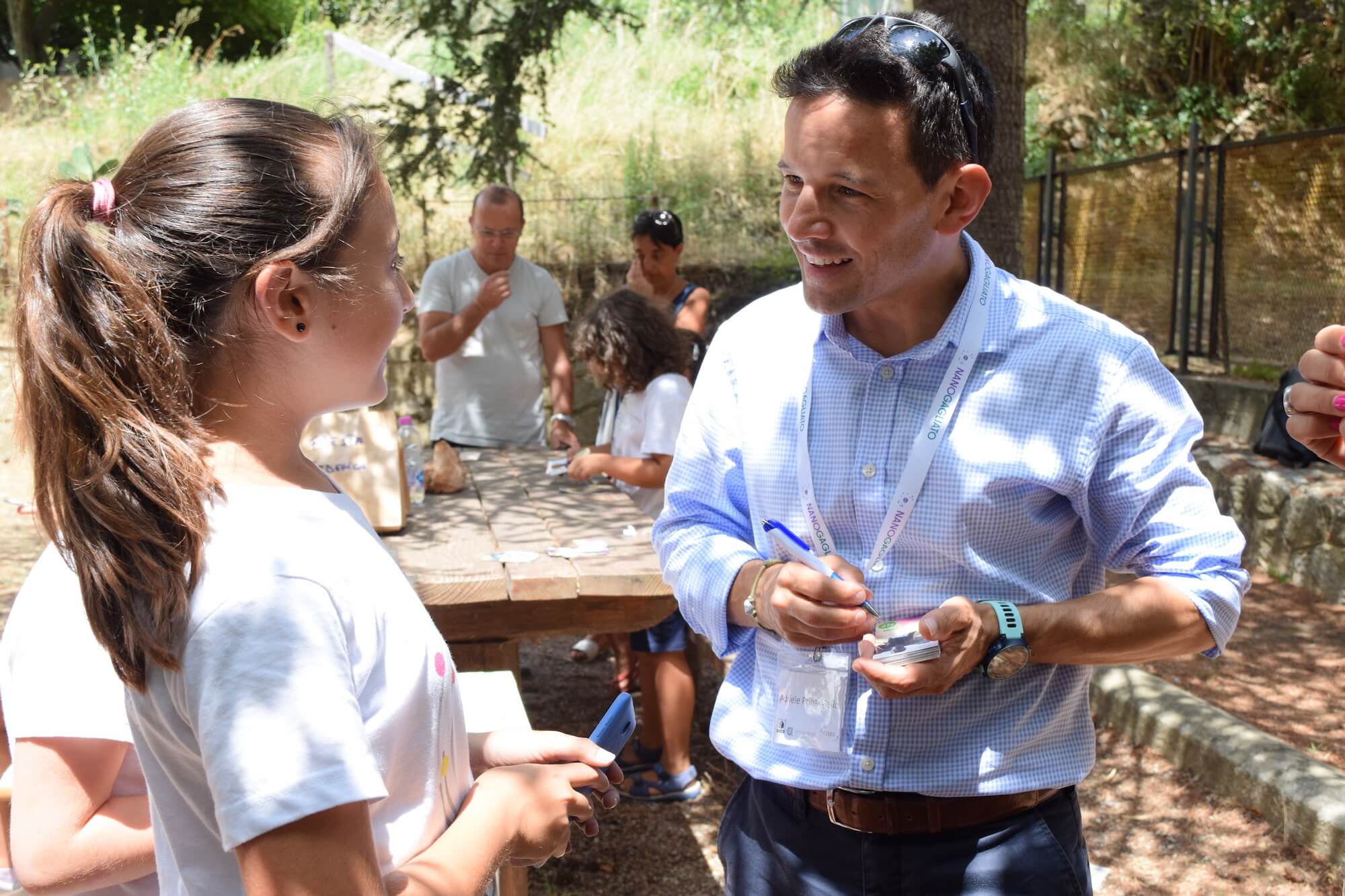 Maria Antonia Cutruzzola, a second-year molecular biology student at the University of Calabria in Consenza, grew up in Gagliato and has been attending NanoGagliato since she was 11. She plans to become a research scientist, much like the ones who have inspired her at the conference, in hopes of one day curing cancer.

“I saw the experiments [at NanoGagliato] and I was like, ‘Wow, this is fantastic!’ I was so excited, so in love with science after that,” Cutruzzola, 20, said. “If I can contribute in my little way for a better world, like doing research to cure some illness, I want to do that.” 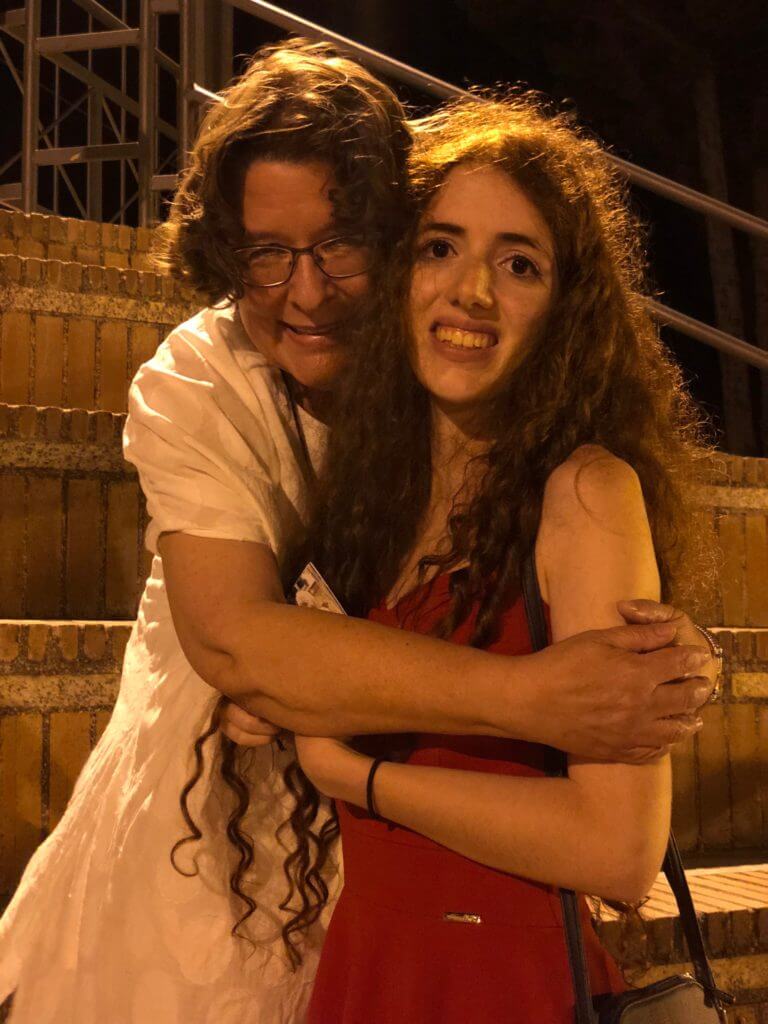 But her parents struggled with the idea. Cutruzzola would be the first in her family to get a degree, and her parents worried that college in the big city wasn’t a suitable place for girls.

Determined to help Cutruzzola succeed, the Ferraris and other NanoGagliato guests met with her parents.

The addition of this year’s Equality Moonshot Roundtable—which focused on closing the gender gap in STEM, innovation and economic wealth—sent a powerful message that resonated with Cutruzzola.

“Strong women and gender equality are what young people need. It is what kids need. Little girls, they don’t all want to be hairdressers,” Cutruzzola said. “They want to have powerful role models and a lot of role models to pick from to be whatever they want to be.”

Keep showing up
NanoGagliato has grown since its inception a decade ago, and the town has evolved along with it. Despite some initial apprehension toward the Ferraris and their guests, Gagliato now embraces the family and its signature event.

The slight increase in tourism and activities from the conference has led to a revitalization of the area’s microeconomy. A 2016 “Global Report on Culture for Sustainable Urban Development,” published by the United Nations Educational, Scientific and Cultural Organization, identified Gagliato as a place where culture has played a role in realizing sustainable local development.

“I thought about what kind of commitment we were taking on. It turns out, if you start doing this, you have to see it through to success,” Mauro Ferrari said. “The only way to do that is to keep showing up, keep doing the right thing and be friends with everybody.” 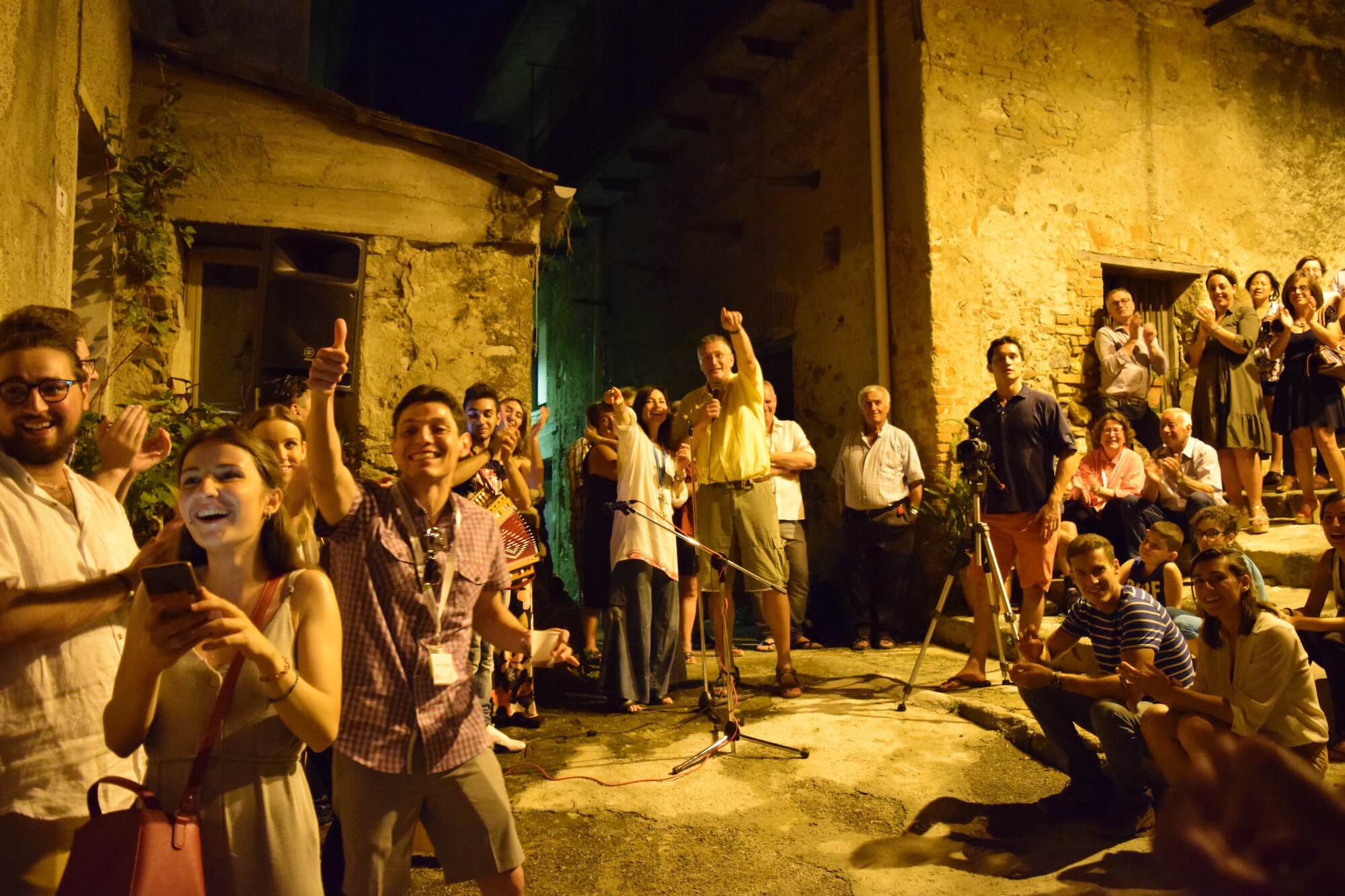 Paola and Mauro Ferrari (center) kick off NanoGagliato 2018 with a festive celebration that included singing and dancing in Gagliato’s town square.

Recently, the Accademia di Gagliato delle Nanoscienze submitted a $1.5 million grant to establish Gagliato as a STEM learning destination. The grant would allow the organization to complete plans to renovate a neglected building and turn it into the headquarters for NanoPiccola. The building would also serve as a civic center and a STEM and English preschool for local children.

“Good things happen when you put good people together,” Paola Ferrari said. “It’s the gift that keeps on giving.”