Art that Comforts Near the End

Art that Comforts Near the End 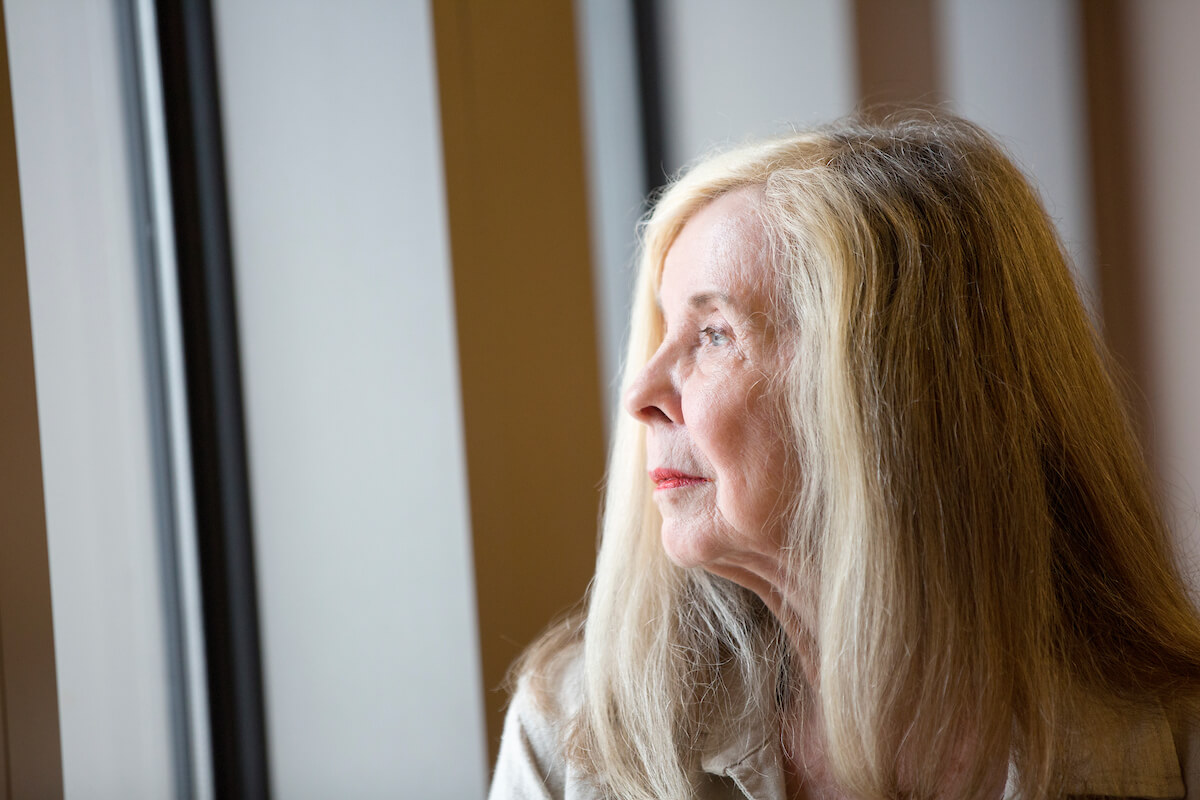 Perched high above the buzz of the rest of the hospital, the Palliative Care Unit (PCU) at The University of Texas MD Anderson Cancer Center is a respite for patients who need comfort.

The PCU does not cure patients, but offers optimal levels of comfort as they transition out of active cancer treatment.

Often, the next stop is hospice care.

“This is a very sensitive time for folks. They are not getting the outcome they wanted,” said Paul Walker, M.D., associate professor in the department of Palliative, Rehabilitation and Integrative Medicine at MD Anderson. “When people get to the PCU they can be angry, disappointed. It’s dealing with a lot of emotions.”

To care for patients, the PCU engages an interdisciplinary team of physicians, nurses, chaplains, social workers and Lynn Randolph—an artist who should not be mistaken for an art therapist.

Randolph’s work has appeared in The Menil Collection, the Museum of Fine Arts, Houston, and other galleries locally and nationwide. The artist spends each Tuesday working with PCU patients and their families through COLLAGE: The Art for Cancer Network, a program started in 2006 by oncologist Jennifer Wheler, M.D.

Usually, Randolph begins her interaction with a patient by carefully entering the patient’s room with her pencil and sketchbook. She introduces herself and then asks if the patient and his or her loved ones would like a drawing.

“I usually ask for some history, what the patient and their family like to do or if they have an image in their mind of something that has meaning for them,” Randolph explained. “Sometimes I am drawing with the lights off, wearing a mask and gloves. These are not pieces that would ever leave my studio. It’s not my art—it is their art and they bond to it.”

Patients are referred to the PCU or the palliative care mobile team if they experience more severe symptoms than usual—extreme pain, fatigue, anxiety, sadness, vomiting, nausea and depression—or if they have received a poor prognosis for their cancer treatment. Typically, patients stay on the PCU for five or six days.

“In a sense, it is an intensive care unit … for the management of the physical and emotional suffering in the patient,” said Eduardo Bruera, M.D., medical director of MD Anderson’s Supportive Care Center and chair of the department of Palliative, Rehabilitation and Integrative Medicine. “It is a concept that is quite different than the traditional concept of a hospital, because these are patients who have considerable physical and emotional distress. Actually, the unit is a step up in their care.”

Patient comfort is packed into every crevice of the 12-bed PCU.

Soft pink lighting instead of sharp fluorescents fills the hallways, while inspirational messages appear not only on the walls, but on the ceilings, so patients on stretchers can see them. In addition to medication, massage and acupuncture, PCU patients have the option to work with Randolph.

“Very often, if they are uncomfortable, if they start talking to me or I get them to draw, they forget about the pain. It goes away,” Randolph said. “It is a period where the world stops and they go into themselves. They have rich, wonderful things inside themselves that I can translate in meaningful ways.”

Unlike traditional art therapy, Randolph is not expecting the patients to achieve a milestone, such as walking, speaking or expressing emotion. Her presence and creativity are expressly supportive.

PCU patients share their fondest memories with Randolph, whether it is a dirt road leading to their favorite place, a bike ride in the mountains or the tender touch of a loved one.

“It is something that isn’t medical, but it is happiness or some experience they had that came together in a drawing,” Randolph said. “I don’t pretend that it changes anything monumental—I don’t know what the ultimate outcomes are—but I think I am drawing things for people that they will keep and cherish for a long time.”

A “life review” is the description Walker assigns to Randolph’s work with PCU patients.

‘My husband was a patient’

Beyond her artistic talent, Randolph knows better than most what it feels like to have a loved one in the PCU.

“My husband was a patient here in 2000 and, after he was diagnosed, he only lived about five months,” she said. “During that time, I had to learn how to go through this process, and there were things that I discovered that helped me and there are ways that I can help other people because I have been through it.”

“You can grab hold of it right here, right now,” she said. “Being with him was all I could really do. Everything that happened for those five months, I was just with him and he lived until he died. If you can get people to stop and live while they are still there and to be together, that is something you don’t think about unless someone you are totally intertwined with is in that circumstance.”

Since joining the unit a decade ago, Randolph—now remarried—has made a profound contribution to the psychosocial and spiritual counseling team at MD Anderson’s PCU.

“She brings her life experiences and what she learned from those experiences to the bedside with those patients,” Walker said. “She has been in the situation of being a spouse of a dying husband, a sister of a dying brother—incredibly traumatic—and I think that sensitivity comes through.”