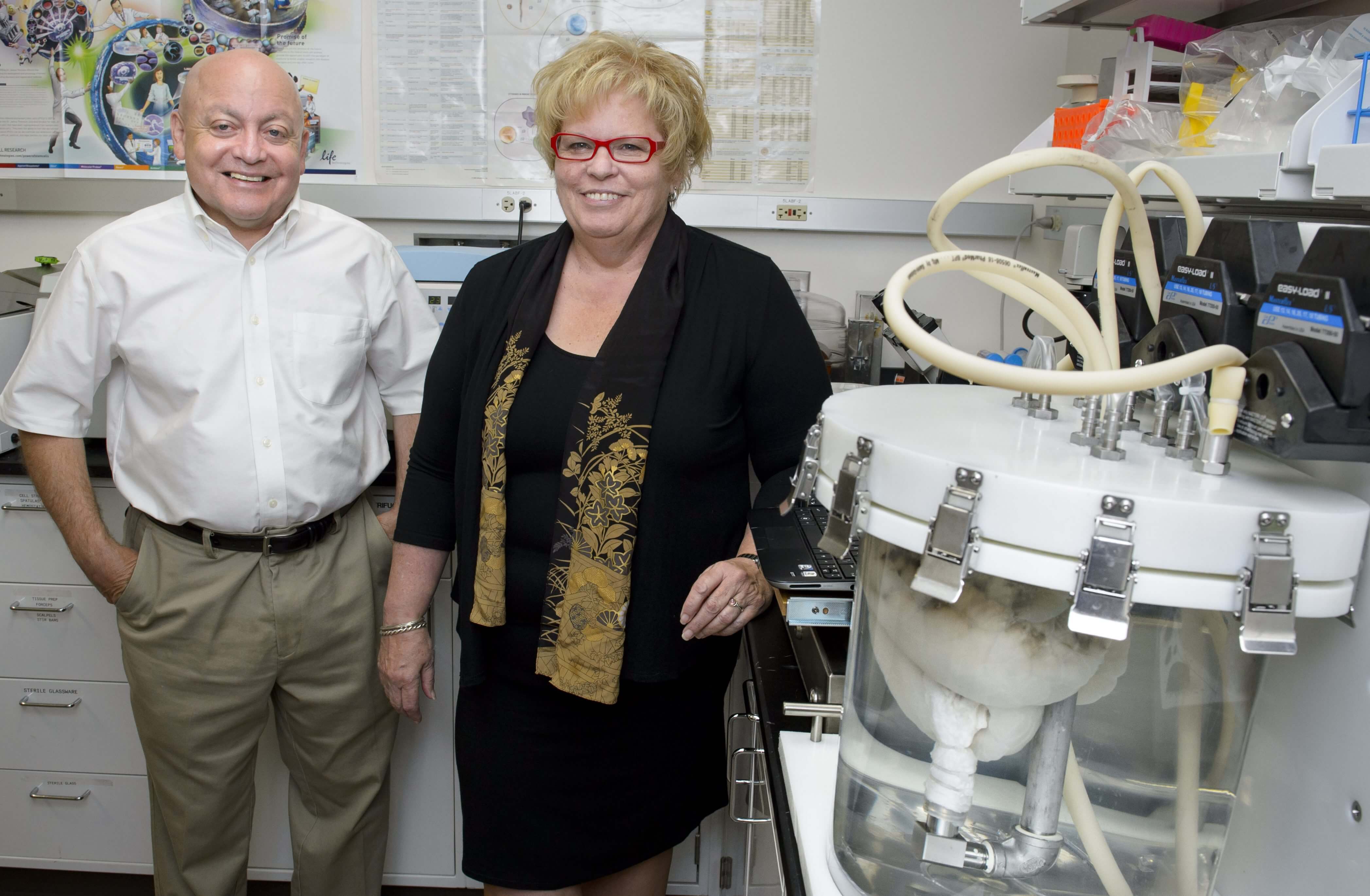 A research team at the University of Texas Medical Branch at Galveston have bioengineered lungs and transplanted them into adult pigs with no medical complication.

In 2014, Joan Nichols and Joaquin Cortiella from The University of Texas Medical Branch at Galveston were the first research team to successfully bioengineer human lungs in a lab. In a paper now available in Science Translational Medicine, they provide details of how their work has progressed from 2014 to the point no complications have occurred in the pigs as part of standard preclinical testing.

“The number of people who have developed severe lung injuries has increased worldwide, while the number of available transplantable organs have decreased,” said Cortiella, professor of pediatric anesthesia. “Our ultimate goal is to eventually provide new options for the many people awaiting a transplant,” said Nichols, professor of internal medicine and associate director of the Galveston National Laboratory at UTMB.

To produce a bioengineered lung, a support scaffold is needed that meets the structural needs of a lung. A support scaffold was created using a lung from an unrelated animal that was treated using a special mixture of sugar and detergent to eliminate all cells and blood in the lung, leaving only the scaffolding proteins or skeleton of the lung behind. This is a lung-shaped scaffold made totally from lung proteins.

“We saw no signs of pulmonary edema, which is usually a sign of the vasculature not being mature enough,” said Nichols and Cortiella. “The bioengineered lungs continued to develop post-transplant without any infusions of growth factors, the body provided all of the building blocks that the new lungs needed.”

For this reason, future studies will look at long-term survival and maturation of the tissues as well as gas exchange capability.

The researchers said that with enough funding, they could grow lungs to transplant into people in compassionate use circumstances within five to 10 years.

“It has taken a lot of heart and 15 years of research to get us this far, our team has done something incredible with a ridiculously small budget and an amazingly dedicated group of people,” Nichols and Cortiella said.