Resilience after Harvey: Coping toughest for those facing health issues

Resilience after Harvey: Coping toughest for those facing health issues 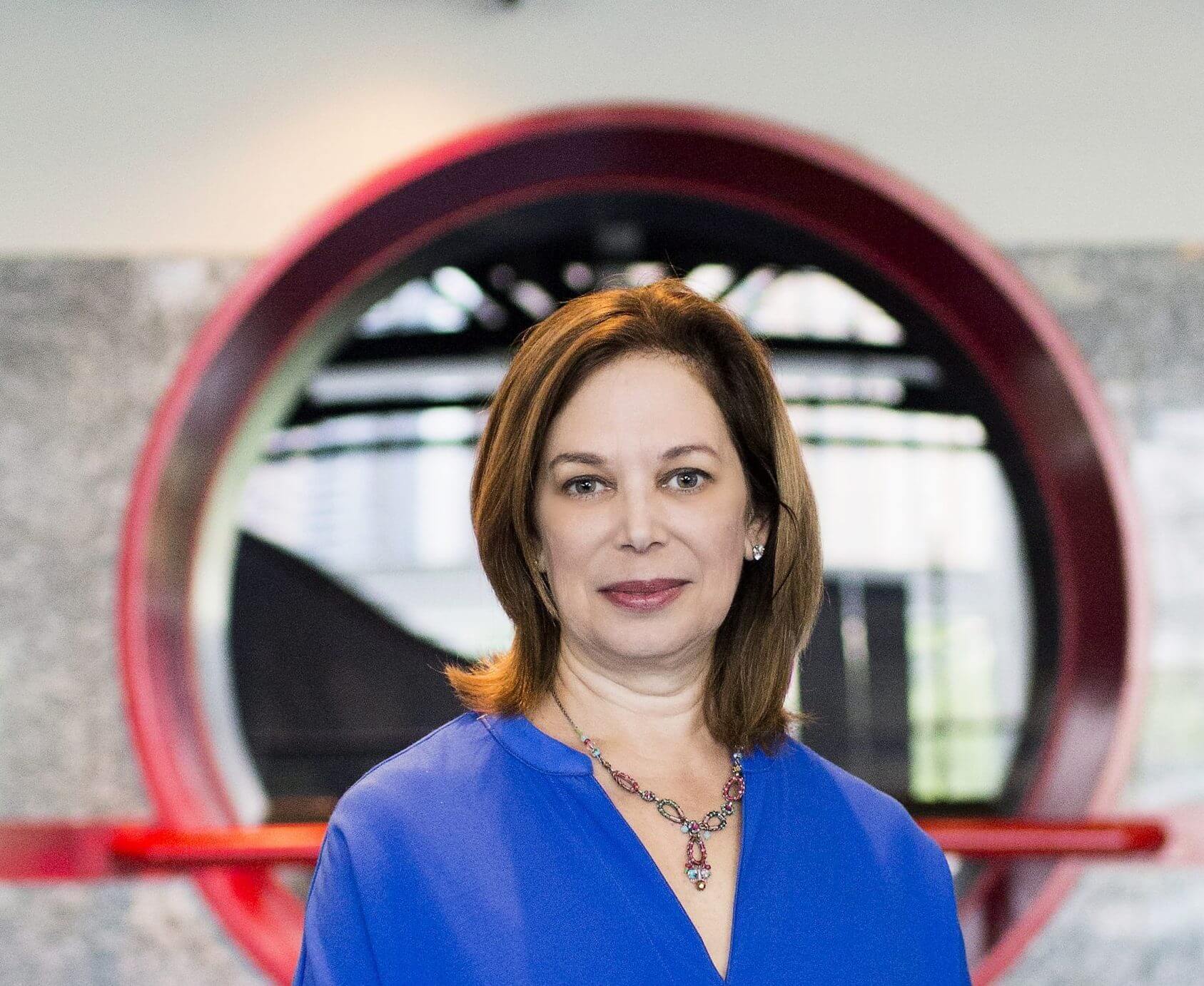 Texas Gulf Coast residents remain in recovery one year after Hurricane Harvey’s landfall on August 25, 2017, but those struggling the hardest to cope are dealing with health issues, according to a new survey released by the Houston-based Episcopal Health Foundation and the Kaiser Family Foundation, based in San Francisco.

“People lost homes and jobs and cars and were really set back in their lives. Yet, they all say that they are better able to cope—except those who had been impacted in the health category,” said Elena Marks, president and CEO of Episcopal Health Foundation.

“One Year After the Storm: Texas Gulf Coast Residents’ Views and Experiences with Hurricane Harvey Recovery” offers the broad good news that most residents impacted by the storm are largely or almost back to normal, though three in 10 remain disrupted. The report also highlights the unequal aspects of recovery.

The research is based on a telephone survey conducted from June 21 to July 29 among a random representative sample of 1,651 adults 18 and older living in 24 storm-impacted counties along the Texas Gulf Coast.

According to the report, “access to health and mental health services may be an area of unmet needs.”

The survey finds that 31 percent of affected residents reported a decline in their own mental health, but just 8 percent said that they or a household member received counseling or mental health services since the storm.

In addition, one in six—18 percent—said someone in their household has a new or worse health condition because of Harvey and 16 percent said they need help getting health care for themselves or their family.

“We asked all these people: Do you think that since the storm you are better or less able to cope with future stresses?—which is sort of a general resiliency question. It’s not asking if you’re better off. It’s asking: Do you feel better able to cope with future stresses?” Marks said. “In all of these various categories—total residents, income, how much damage, race or ethnicity—the larger share in all of those cases said they were better able to cope. The only exception had to do with health. The only people who felt they were less able to cope after were reporting a new or worsening household health condition—either for the person or the family member—or reported that their mental health was worse because of Harvey.” 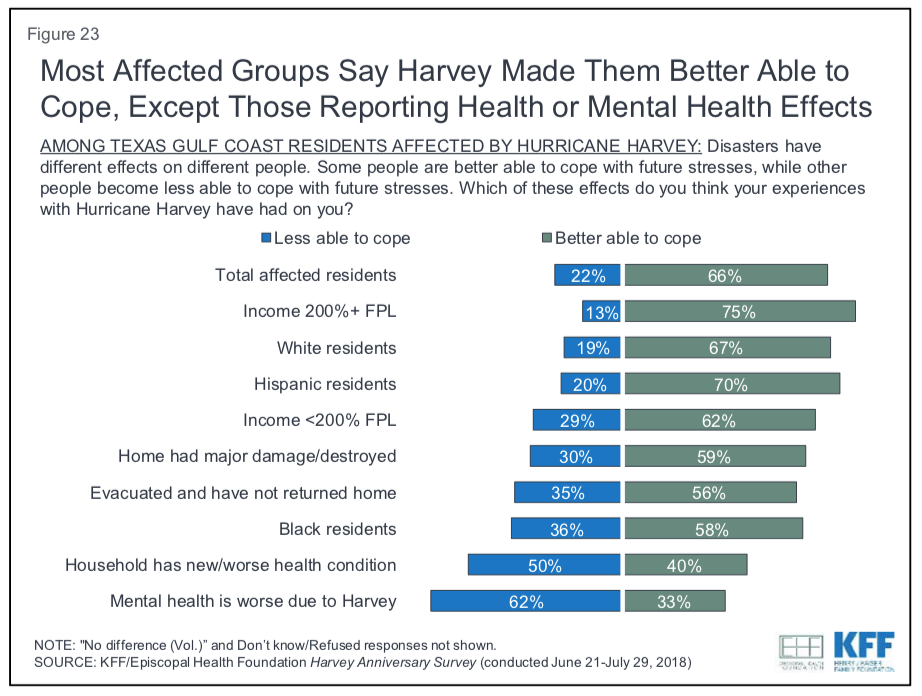 The report also reveals that persistent inequalities that existed before the storm had a profound impact on how well survivors were able to bounce back.

Marks, a lawyer with a master’s in public health from The University of Texas School of Public Health, is a nonresident Fellow in Health Policy at Rice University’s Baker Institute for Public Policy, where her work focuses on health reform and access to care for low-income and uninsured populations.

“What is striking to me—and the reason I am really glad we did this—is that the benefits of recovery aren’t spread equally,” Marks said. “This survey exposes all of the things that were wrong before. We have all sorts of structural inequities that pre-dated the storm. The storm uncovered and exposed them and we’re seeing that again at a year out when you see who is better able to recover. Chart after chart after chart show the lowest-income people and African Americans and also people in Beaumont are having the hardest time recovering.”

The one-year anniversary report is the latest among a half-dozen Harvey-related research papers released by the Episcopal Health Foundation since December.

The Episcopal Health Foundation was created in 2013 with a $1 billion endowment from the sale of St. Luke’s Episcopal Health System—which included a flagship hospital in the Texas Medical Center. With the new nonprofit, the Episcopal Diocese of Texas absorbed the well-known Episcopal Health Charities and shifted its focus from six decades of health care delivery to funding prevention, primary care, access to care and research to improve the lives of residents throughout its 57-county footprint.