The illness is difficult to diagnose and often fatal 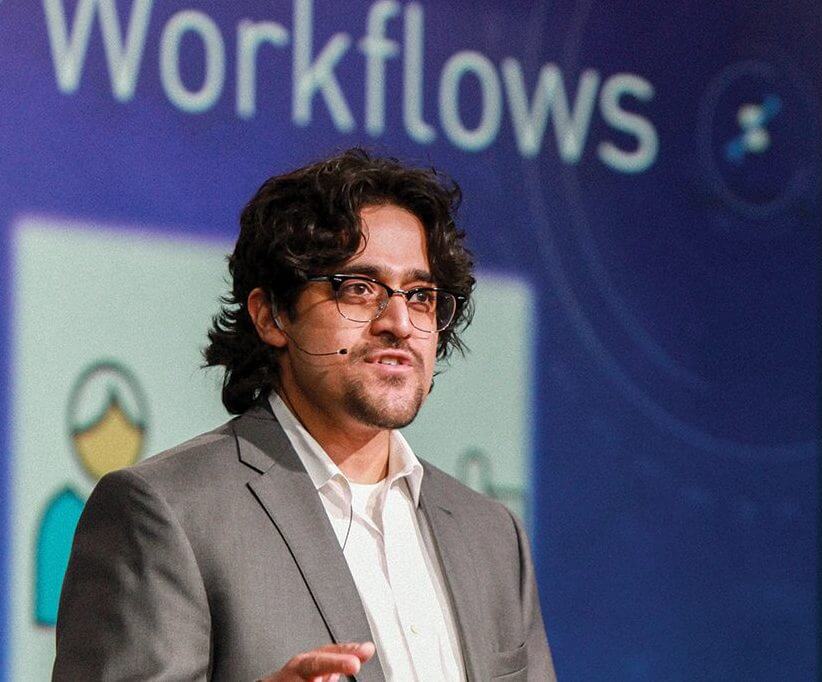 Human bodies can be fickle. While some work to fight germs and prevent infection, others turn on themselves at stop attacking the bacteria or viruses that keep infection at bay.

When the body has an overactive, outsized response to an infection, this is the start of sepsis.

“An easy way to think about it is being poked by a sharp object and the body’s response to it being totally disproportionate to the pain,” said Sarma Velamuri, M.D.

If not treated quickly, sepsis can cause tissue damage and organ failure, and could lead to death—sometimes in a matter of hours. In the United States, someone dies from sepsis every two minutes, according to the Sepsis Alliance, a sepsis advocacy organization.

Velamuri, the founder and CEO of health care startup Luminare, is working to help hospitals better diagnose the illness so treatment can be given more quickly. He and his team are developing a sepsis process improvement software for hospitals that analyzes vital signs and laboratory work-ups of patients for evidence of sepsis in a matter of minutes. Luminare recently completed the Texas Medical Center’s TMCx accelerator program, which helps health care startups take their products from idea to commercialization.

While on rounds, Velamuri would walk into patients’ rooms and it would be obvious to him that some had sepsis. So he came up with a standard of care that could be applied to every patient.

He found there was a disconnect in information, especially during shift changes, when nurses needed to be brought up to speed on the patients who would be in their care. For every hour of information processing, mortality by sepsis increases by 8 percent, he said. Although patient information is available, it is often unclear what the information means.

Luminare’s digital application processes some 30 different variables simultaneously and helps nurses do the critical thinking. They can see who has been evaluated, what the assessment was, any treatment that was prescribed, where the patient is in the treatment process and whether or not the patient is progressing.

If there is a probability of sepsis, the software notifies the nurse immediately and explains what to do next. For example, the software might recommend sending out for certain labs or calling the doctor to prescribe antibiotics. The system also builds a network of people to treat the patient—from the nurse to the supervisor to the rapid response team—instead of relying on the nurse to run around and gather all the players, Velamuri said.

“I had a friend whose daughter passed away from sepsis, and that motivated me to invest everything I had in the company four years ago,” he said. “We believe we are producing something that is reproducible at every hospital and will systematically drop the amount of deaths and bad outcomes from sepsis.”

The most common ways to get sepsis are urinary tract infections and pneumonia, followed by Foley catheters (used to drain urine) and central lines, which are catheters inserted into a vein in the arm. 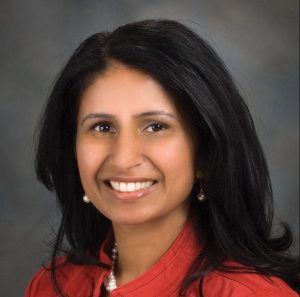 Imrana Malik, M.D. is an associate professor in the Department of Critical Care at MD Anderson Cancer Center. (Courtesy photo)

“Sepsis is the No. 1 cause of death from infections and it is preventable,” said Imrana Malik, M.D., associate professor in the Department of Critical Care and Respiratory Care at The University of Texas MD Anderson Cancer Center. “We see it in all ages, genders. It hits everyone, and the difficult thing is there is little in the armory to fix it.”

Sepsis is not a disease that needs a certain environment to occur, Velamuri said. Anyone can get it.

In addition, sepsis is not the product of one symptom, according to the U.S. Centers for Disease Control and Prevention, but could be a combination of any of the following: Confusion or disorientation, shortness of breath, high heart rate, fever or shivering, extreme pain or discomfort or clammy, sweaty skin.

Sepsis is often difficult to diagnose, Malik said. Someone could come to the hospital clutching his or her chest, but that could be because of several sepsis symptoms that the doctor would have to put together.

Chemotherapy or central transplants put some cancer patients at a higher risk of sepsis, Malik said.

Having the right amount and right type of immune cells and white blood cells is important in the treatment of cancer patients, especially in the event that they can’t take antibiotics.

The faster sepsis is recognized, the faster the treatment and the better the outcome, Malik reiterated. If sepsis isn’t diagnosed in time, it is likely the patient will be in full-blown shock and, in that case, it is hard to reverse the failure of multiple organs. In addition, the immune system is going wild, attacking at every angle.

Malik chairs the Sepsis Committee at MD Anderson, which seeks to improve outcomes for cancer patients with sepsis. She also serves on the steering committee for World Sepsis Day under the auspices of the Global Sepsis Alliance.

Locally, she and other care providers also came together to form the TMC Sepsis Collaborative, a multi-institutional effort to galvanize Texas Medical Center institutions in adult and pediatric sepsis care, research and outcomes.

“We want to share experiences and learn from others who have developed successful ways of treating sepsis,” she said.

In addition, MD Anderson’s Cancerwise blog includes articles on sepsis protocols, as well as videos to help patients understand sepsis. “We empower patients and caregivers to recognize and say they have sepsis,” Malik said. “It jumps the ball forward much faster in the emergency room setting because every minute counts.”

Timing is critical for the treatment of sepsis, which includes administering antibiotics and intravenous fluids to maintain blood flow and oxygen to different organs.

The Surviving Sepsis Campaign, launched in 2002, recommends 3-hour and 6-hour bundles of care—protocols clinicians should implement after a patient presents with symptoms of severe sepsis or septic shock.

Those include starting antibiotics within an hour and checking labs for information on kidney, liver and lactate functions within the first three hours. Beyond that, caregivers check for progress on lower blood pressure and increased hydration. If a lactate level rises, the patient is going to have a bad outcome, potentially, Malik said.

In 2018, though, the Society of Critical Care Medicine and European Society of Intensive Care Medicine recommended a one-hour bundle of care because the first hour is so critical for sepsis treatment. This shift validated all the work that Velamuri and his team at Luminare have been doing.

“It’s good to see the industry agree with what we have been saying,” Velamuri said.