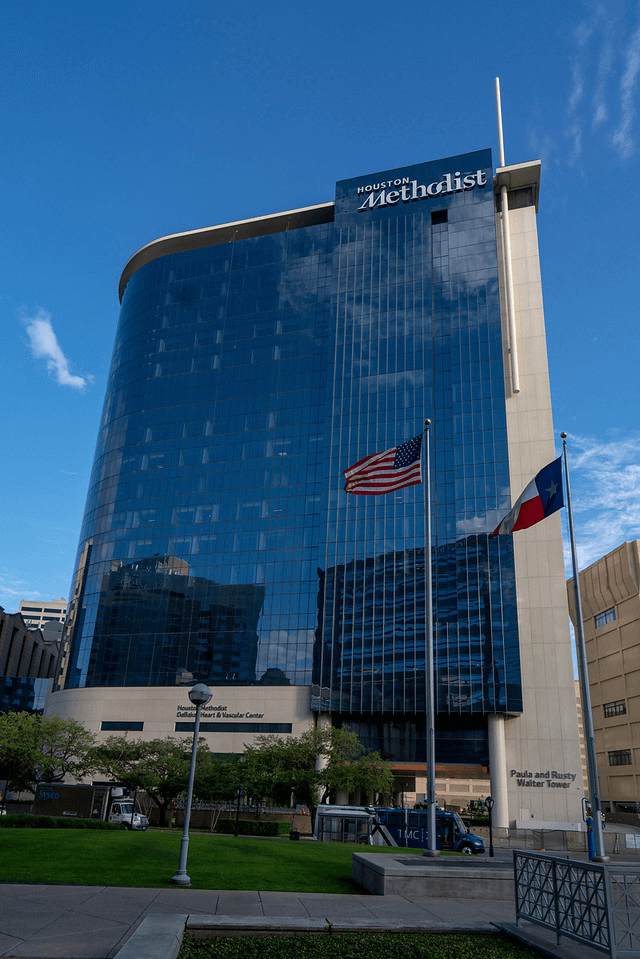 “We started this project in March of 2014 and, ever since then, we have been running like crazy to get this thing completed,” said Jim Hicks, vice president of capital planning at Houston Methodist.

Built on Bertner Avenue, Walter Tower sits on land that formerly housed the Favrot Hall apartments. The new tower conveniently connects patients, nurses and doctors to all the other Houston Methodist Hospital buildings and garages in the Texas Medical Center.

Like other Houston Methodist structures, Walter Tower was given a theme—Texas Skies. Various hues of blue were used on the building’s exterior and interior while many of the commissioned art pieces and employee photographs depict nature and outdoor scenes. 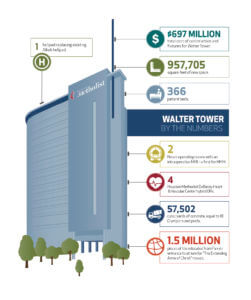 Gavin Britz, M.D., chairman of the department of neurosurgery at Houston Methodist, has been waiting for five years to treat patients in the new facility. Through the use of robotics and 3D technology, Britz and his team will be able to perform surgery like never before.

“This new software—virtual reality—allows me to better predict my potential problems when operating,” Britz explained. “I can utilize the latest tools available to have better outcomes for my patients, but also our trainees are now exposed to the same thing—the latest technology in the world. We call it ‘toys’ as surgeons, but it’s much more than that. This is someone’s life and you can use all this technology and these tools to make it better.”

“We can put a balloon through an access point into a more remote blood vessel,” said Alan Lumsden M.D., medical director of the Houston Methodist DeBakey Heart & Vascular Center and chair of cardiovascular surgery. “We want to maintain the core benefit of the procedure, while at the same time minimizing the magnitude of the surgery we are performing.”

The surgical suites are also equipped with technology to train doctors remotely.

“We are in what we think is the most advanced cardiovascular clinical care center that was ever built, at the moment, but we are also adjacent to the world’s most advanced training center in the world,” Lumsden explained. “Through the use of a remotely-controlled robot, we can send out our expertise beyond this immediate environment and beyond Houston.”

DeBakey would have welcomed the improvements to care offered by Walter Tower, Lumsden said.

“I work in an operating room that has been around for 50 years—that began with Dr. DeBakey—so this is as good a time as any for a new space,” said Lumsden, who trained under DeBakey. “He built a lot of techniques in this specialty, but even he was looking for something better and less intrusive for the patient.”