Celebrating the poetry of medical students

Celebrating the poetry of medical students 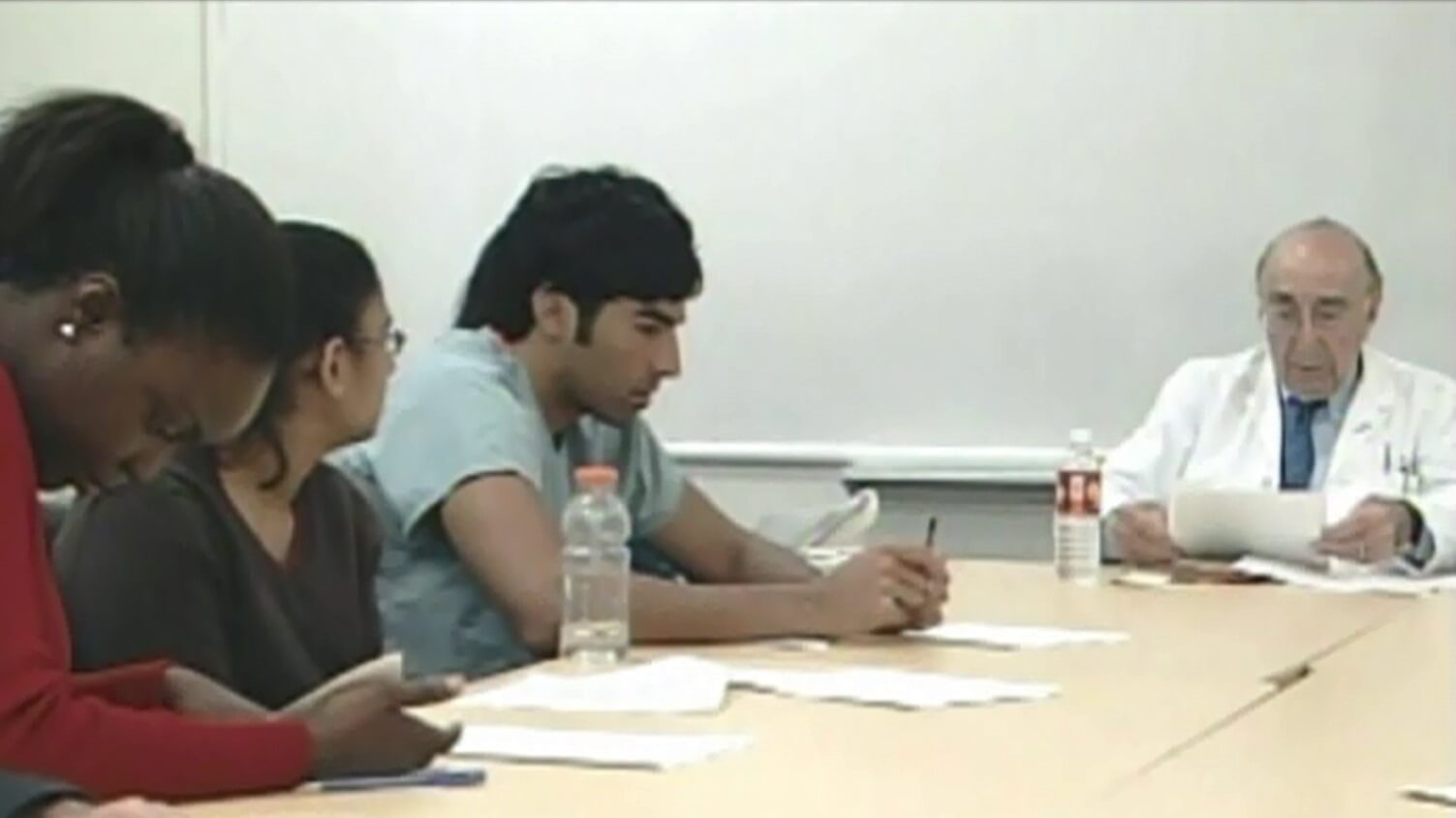 Several years ago, William Fann, M.D., a Baylor professor who offers a poetry elective for Baylor’s medical students, invited Michael E. DeBakey, M.D., to class to read and discuss some of his favorite poems.

Fann knew that DeBakey—a premier cardiovascular surgeon, pioneering medical scientist and inventor—was partial to poetry. And on that day, while DeBakey shared his love for words and expression with the class, an idea was born: to create an award for medical students that recognizes poetry with medical themes.

This week, Baylor College of Medicine announced the winners of the 15th annual Michael E. DeBakey Student Poetry Awards, an honor that comes with cash prizes of $1,000, $500 and $250 for the top three poems, respectively. Matthew Lee, of Warren Alpert Medical School at Brown University, took the top award for his poem, “nick in time.” Second place went to Elaine Hsiang, who attends University of California, San Francisco School of Medicine, for her poem “Grief, and other remedies.” Allyson Brown, of the University of Central Florida College of Medicine, won third place for her poem, “Fatherhood.”

All told, nearly 250 poems were submitted, said Neal Barshes, M.D., an associate professor of surgery at Baylor who has chaired the poetry contest for the past two years.

People tend to express in poems things they may have a hard time discussing in ordinary conversations, Barshes said, adding that “the concision of poetry also appeals to people in the medical profession.”

To enter the contest, a poet must be pursuing a medical doctor degree at an accredited medical school in the United States. All entries must be written in English and run no longer than 50 lines.

“Many of the poems we received this year were focused on the difficulties of interacting with patients, terminal illness, disability and long hospital stays,” Barshes said. “Students also submitted poems about the challenges with communication in the medical profession, and the frustration with not being able to do everything you would like to do.”

Each year, the deadline for submitting a poem to the Michael E. DeBakey Medical Student Poetry Awards is Dec. 31. Three judges from Baylor staff review all the entries and then select the top 20 or 30 poems. The judges then pass on that curated group of poems to other readers nationwide—typically health professionals with poetry or publishing backgrounds, Barshes said.

The first-place poem has already been submitted for publication in a peer-reviewed medical journal, but the second- and third-place poems are shown below:

Grief, and other remedies
By Elaine Hsiang

Moved in. Worked my heart
until it could sit quietly.

Found what was most beautiful in life
I could hold in my hands.

With an eye to years ago, I saw
who she would be by now

& shattered the mirror.
For all the pieces on the floor labeled “anger,”

it’s hard not to reach for them
& sleep with the curtains still on.

To be faced with this &
another city one weekend & bear witness

I came to sob into a singing lap.
I came to write about prayer

without dislodging omen after omen
from the place chest meets throat.

If offered small silence or a second
prognosis, choose the garden.

The raspberries from the farmer’s market
best saved to cure a nightmare.

An urge for medicine
to have more than one meaning.

But the man
Oh, the man
Wonder and joy
Unmatched in this world
His face filling with awe
Eyes resting on each tiny toe
Each wisp of hair
Each movement of perfect lips
Camera forgotten at his side
These moments
Captured by the sheer force of his resolve
No harm shall ever come on his watch
A promise witnessed
By a room full of strangers
With tentative, shaking hand
He reaches out
And as tiny fingers wrap
Tight and trusting
A father is born