A High Line for Houston?

A High Line for Houston? 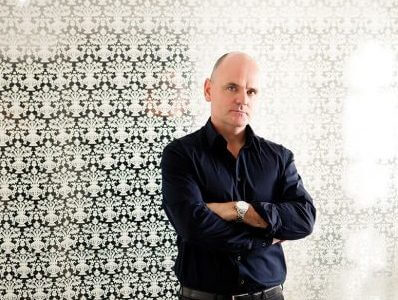 As a boy, James Corner grew increasingly passionate about geography, biology and art.

When he listed these interests on a high school career test, landscape architecture popped up as a possible profession.

Today, that student is the founder and director of James Corner Field Operations. The global landscape architecture and urban design firm is the engine behind some of America’s highest-profile spaces, including a “pierscape” along Chicago’s historic Navy Pier, and the High Line, an elevated public park built on a historic freight rail line in New York City’s West Side. 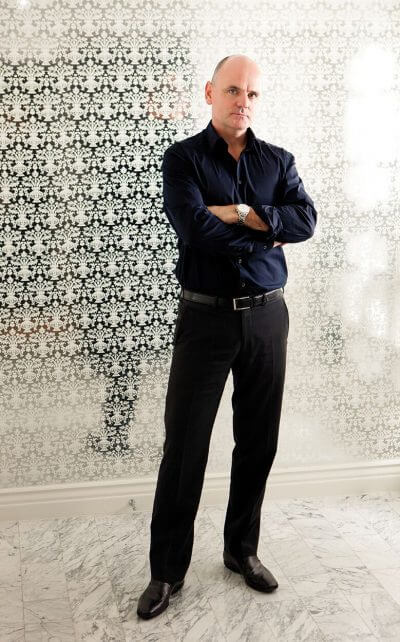 Now, Corner will bring his talents to Houston. His team will design a double helix-shaped park in the heart of TMC3, the Texas Medical Center’s translational research campus that’s set to break ground in 2019, with projected completion in 2022. The park sits atop a three-story structure modeled after the shape of DNA, often compared to a twisted ladder.

“The Texas Medical Center’s whole mission statement is about global health and well-being,” Corner said. “We spent a lot of time thinking about what this might mean in terms of a program for this rooftop and sequence of spaces. Instead of just making a nice-looking place with plants and somewhere to sit, how could we actually have invitations embedded that invite new kinds of use?”

Helix Park will be multi-sensory, Corner said, because humans see, hear and touch; they experience humidity, heat and cold. “These are all profound experiential dimensions of the human body which have a deep impact on health and welfare and well-being,” he said.

Once the park is finished, the space will evolve and mature over time.

“Biology informs what we do because it’s a living system,” the 57-year-old architect said.

Whatever is built will continue living, he added, even the bacteria in the soil around the roots.

At a recent fundraising event in Houston, Corner told attendees that TMC3 could be the “healthiest campus in the United States, if not a model for the world.”

The 30-acre campus will sit between South Braeswood Boulevard and Old Spanish Trail, on what is now a parking lot. Named to identify Houston as the “third coast” for life sciences, TMC3 is a collaboration between five founding institutions: Texas Medical Center, Baylor College of Medicine, Texas A&M University Health Science Center, The University of Texas Health Science Center at Houston and The University of Texas MD Anderson Cancer Center.

Centrally-located Helix Park will help unite these different entities, bringing employees and the general public together in a dynamic community space. 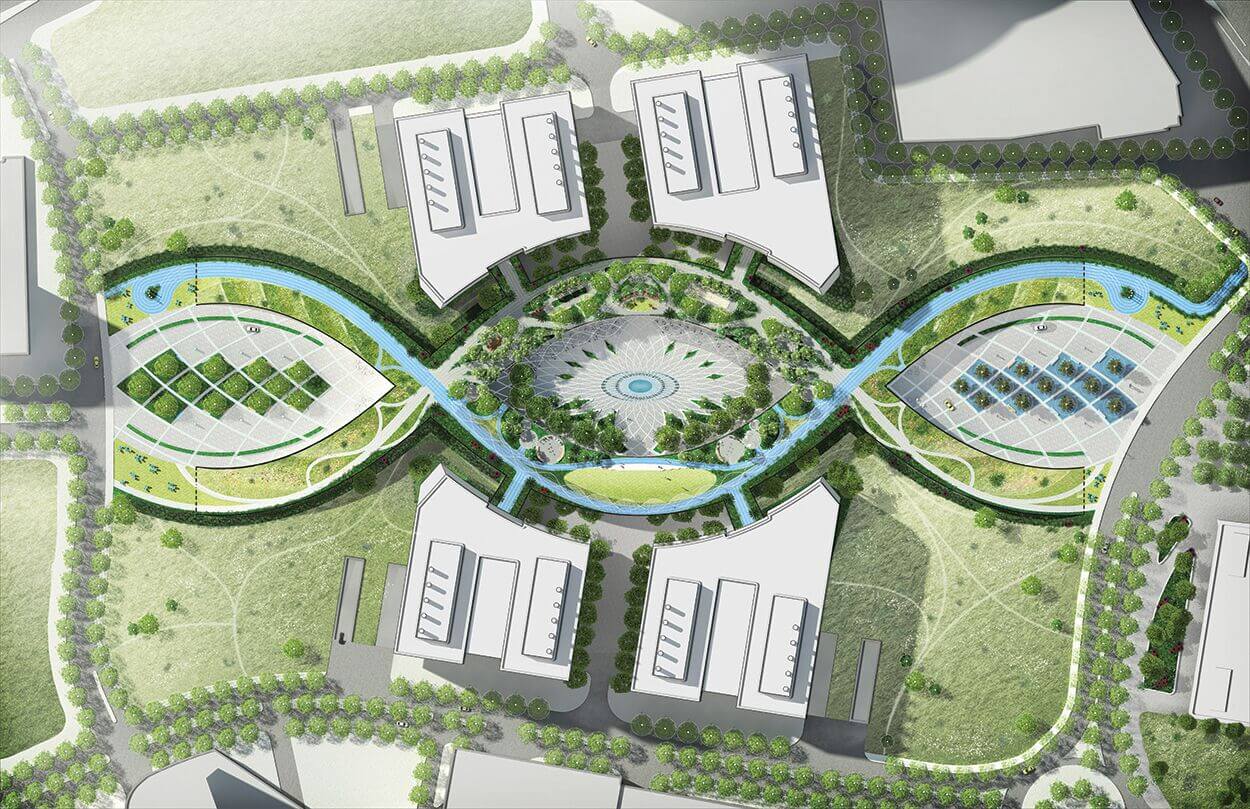 The base floor of the underlying structure will hold three plazas filled with trees and vegetation, along with commercial, retail and entertainment space. The second floor will contain shared laboratory space so that institutions can work together and alongside industry experts. Helix Park, the top floor, will soar 60 feet above ground and offer food gardens, children’s education gardens, walking paths and running trails.

“It’s not exactly a running track, but it’s an invitation to move quickly,” Corner said. “To ride your bike, to run, to jog, to stroll. We also have seating along that path and a variety of fitness equipment. We have a series of healing gardens for therapeutic care and the introspection of being in a healing place, and we have gardens oriented around healthy food and healthy eating.”

The running trail winds up one strand of the helix that Sarah Weidner Astheimer, a principal at James Corner Field Operations, has christened Fitness Park—the “active, vibrant, fast” part of the rooftop. On the other side will be Social Gardens, a quieter area where people can meander and engage with nature more intimately, Weidner Astheimer said.

“We really were looking at the trifecta of health—physical, mental, social,” she said. “We wanted to provide a lot of variety of space types on site.”

Corner agreed, adding that the park will, hopefully, entice people to visit who aren’t ordinarily exposed to this sort of space. The rooftop will also sync with the facade of the neighborhood, he said, as some hospitals within the Texas Medical Center have their own medicinal and food gardens.

“There’s incredible contemporary research that shows the dramatic impact that nature and exposure to nature can have on longevity, on stress release, on productivity,” Weidner Astheimer said. “The Texas Medical Center is innovative and it’s really a leader—they’re showing that by investing in their open space.”

Helix Park will also help bridge the bayou greenway systems, providing access points to nearby communities. That idea of connectivity—of “threading the centerpiece into a larger whole”—inspired Weidner Astheimer.

“The Texas Medical Center is the eighth-largest business district in the country—that’s incredible,” she said. “But if you think about the physical space, does it feel urban? This project is really an urban project because of its open spaces and because of the way it’s inviting the public and the community.”

When architectural historian Stephen Fox learned that James Corner would be involved in TMC3, he was excited because he admired Corner’s work.

Fox said Corner “thinks boldly and unconventionally” and could “kind of do a High Line for the medical center.”

It may be a challenge to awaken the area around TMC3, Fox added, because it is more of a business destination at the moment.

A similar challenge faced designers of another Houston park. In 2008, Houston opened Discovery Green, a public space that has been embraced by the city and might well offer lessons for Corner and his team.

Discovery Green’s location—on the east side of downtown by the George R. Brown Convention Center—was in a particularly sleepy part of the city that didn’t have much going on, said Mary Margaret Jones, lead designer for Discovery Green and senior principal at New York-based Hargreaves Jones Landscape Architecture DPC.

But as developers broke ground on the project, Discovery Green became a driver for social and economic change in that area. In essence, the 12-acre urban park has been “a great success story,” Jones said. Built on a series of parking lots, Discovery Green now attracts about 1 million visitors annually.

“Discovery Green was a foothold for a green oasis with the knowledge that buildings around it would be developed,” she said. “It was built as a catalyst for change, intended to spur development.”

When designing the park, Jones, who grew up in Baytown, took into account the “tentacles of green” that would connect it to the bayous, to the walkway under the freeway into emerging neighborhoods to the east, and to the Hilton Americas-Houston and Minute Maid Park.

Envisioning what people might like in a park is a constant challenge for landscape architects, Jones said.

“How do you create a green space that can evolve over time, combined with things people want to do, especially when that changes over time?” she said. “Striking a balance is important.”

Outdoor spaces must contain the right mix of elements, Jones added. The obvious musts are restaurants and bathrooms, but the key is to balance those items with retail and other attractions.

“If there is too much retail in a park, you lose the value of the park,” she said. “That is the cautionary tale. You need some space that is simple and allows people to breathe and find their thoughts.”

The city is “a big organism that’s having to adapt to climate change and to the kind of storms and floods that you have,” Corner said. “And also to social issues—issues of equity and equal access to these spaces. In a sense, the Texas Medical Center is a part of this mosaic.”

For every project, Corner takes into account “rational metro transformation,” which includes surrounding real estate, the flow of traffic in and out of the area and the impact of the project on the environment.

For TMC3, the Texas Medical Center could easily build a gated community with laboratory buildings, medical facilities and parking garages, Corner said, but the only people who would set foot on the campus would be employees or other people visiting for purely professional reasons.

Instead, the goal is to build a place that is conversant with nearby Hermann Park and the medical center. And within that space, Helix Park will serve as a Central Park of sorts, a “crown jewel in the middle that is a gesture to a broader community,” Corner said.

Since the High Line opened in New York City in 2014, about 20 million people have visited each year. Helix Park has the potential to attract people to the Texas Medical Center in the same way, Corner said.