TMC dietitians weigh in on ways to curb the obesity epidemic 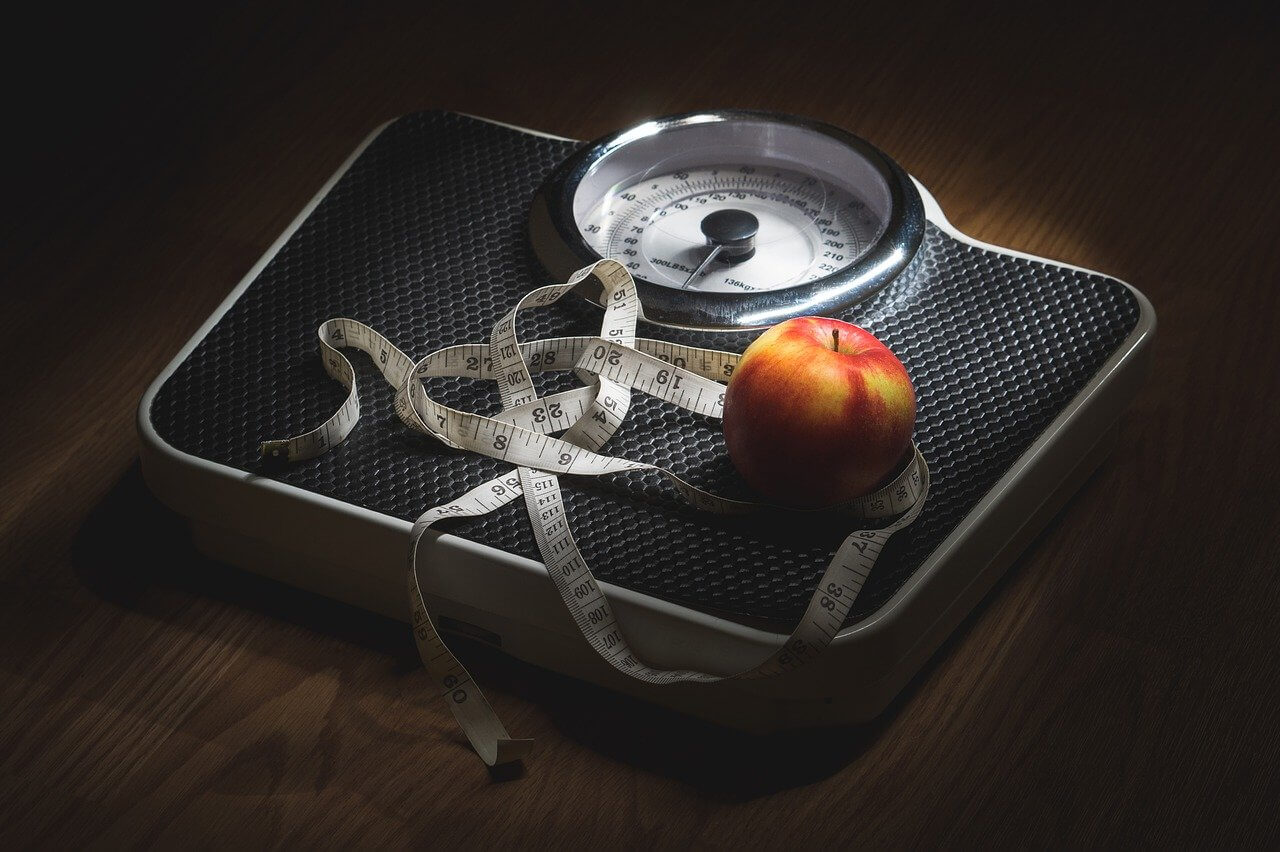 The collective waistlines of Americans have expanded over the last three decades, causing obesity to rise as a leading health concern in Texas and across the United States.

“[Obesity] is frustrating, but I think, from our end, we’re excited because we see the potential growth: The interest from the med students—the interest from the next generation of people saying this is a problem,” said J. Wesley McWhorter, nutritionist supervisor of the Nourish Program at the Michael & Susan Dell Center for Healthy Living at The University of Texas Health Science Center at Houston (UTHealth). “Five years ago, people didn’t care. Ten years ago, it was like: ‘Why would you care about nutrition? Who cares about nutrition?’ Now, it’s becoming, ‘Yes, we can actually address this. We can do something.’ This is important.”

An analysis published this year in the Journal of the American Medical Association noted upward obesity trends among adults and youths in the United States. The conclusions came from the National Health and Nutrition Examination Survey—conducted by researchers affiliated with the U.S. Centers for Disease Control and Prevention (CDC)—which examined obesity during two periods over the last decade. Although there was a slight uptick in obesity for youth, researchers found a 6 percent increase among adults. The adult obesity rate jumped from nearly 34 percent in 2007-2008 to 40 percent in 2015-2016.

Nearly 34 percent of adult Texans are obese, making the state the eighth most obese in the country.

The cost of obesity
Individuals are considered overweight or obese if they exceed what is considered “normal weight” for their height, age, gender and build. According to the National Institutes of Health (NIH), a person who weighs too much is considered “overweight,” but a person with too much body fat is “obese.” More precisely, obesity has been defined by the NIH as a body mass index, or BMI, of 30 or more. BMI is a calculation of a person’s weight and height, which strongly correlates to body fat content.

Obesity increases an individual’s risk for chronic health conditions, including hypertension, type 2 diabetes, stroke and cardiovascular disease. According to the CDC, obesity can also increase the risk of at least 13 types of cancers, such as endometrial cancer, liver cancer and pancreatic cancer. The agency reported that 40 percent of all cancer cases in the country were diagnosed in association with obesity.

In addition to the personal health toll, all of these medical issues also translate to heftier medical expenses.

The nation’s obesity epidemic currently costs between $147 billion and $210 billion each year in medical care, including preventive, diagnostic and treatment services, according to the CDC.

Providing solutions
Although the causes of obesity are clear, simply telling Americans to drop the extra pounds hasn’t worked.

“We know why people are obese. We know the reasons behind it. We know what they need to change, but what’s lacking is how to tell people to do it,” McWhorter said. “We can tell people, ‘You need to lower your BMI, you need to reduce your heart disease risk, etc.,’ but we don’t tell them how to actually do it. That’s that missing link. … It’s one of the reasons we’re seeing a trend that’s gradually increasing.”

The Nourish Program at UTHealth combines culinary medicine with nutrition education. Culinary medicine is a hands-on, evidence-based approach that merges nutrition and culinary science to teach people in the community how to cook for optimal health.

“It’s a food-first education model,” said Laura Moore, director of the Nourish Program. “We start with food, whether it’s from the garden or from the grocery store, and then we take it into the kitchen and make healthy food taste good.”

Preparing food that is healthy and delicious is an important strategy to ensure people cultivate and continue good nutrition habits.

“If we can teach people how to make healthy food taste good, that solves a lot of the problem,” McWhorter said. “If food tastes good, people will eat it. If it tastes bad, they might eat for a small amount of time, as long as their will allows them to. But we all know that the will to do something is very small. It doesn’t last. When food tastes good, you’re going to eat it and you enjoy it.”

The doctor is in … the kitchen
In addition to helping community members learn how to cook, the Nourish Program also allows medical professionals—including physicians, medical students, residents and nurses—to swap their scrubs for aprons. The program isn’t intended to produce master chefs, but to teach basic cooking skills with nutrition information that can be shared by health care providers treating overweight and obese patients.

“We believe that if we start at the top with our physicians and work all the way down, we’re spreading the same word across the board to everyone and we’re all on the same page,” Moore said.

Despite obesity’s link to a slew of preventable chronic diseases, fewer than one-fifth of American medical schools make a nutrition course mandatory for students, according to David Eisenberg, M.D., director of culinary nutrition at the Harvard T.H. Chan School of Public Health in Boston, Massachusetts.

“Today, most medical schools in the United States teach less than 25 hours of nutrition over four years. The fact that less than 20 percent of medical schools have a single required course in nutrition, it’s a scandal. It’s outrageous. It’s obscene,” Eisenberg told PBS NewsHour last year.

Nutrition education is especially important for health care providers in internal medicine, gastroenterology and cardiology—specialties covering many of the diseases that can be prevented or delayed by healthy eating.

A recent survey of 930 cardiologists commissioned by the American College of Cardiology found a similar information gap about nutrition.

The results, published last year in the American Journal of Medicine, found that 90 percent of the cardiologists surveyed reported receiving no or minimal nutrition education during their fellowship training and 31 percent reported no nutrition education in medical school. Still, nearly all of the cardiologists—95 percent—considered it their responsibility to provide patients with basic nutrition information.

But without adequate training, most medical professionals are ill-equipped to give their patients useful, relevant and consistent healthy eating advice—particularly with the plethora of diet plans, pills and potions in the marketplace.

“One of the biggest problems is that mixed diet messaging. You hear from one provider, ‘This is what you need to do,’ and then it’s something different from someone else. Then you have somebody with letters behind their name; they have a book, and you follow what they’re saying,” McWhorter said. “We’re trying to keep that messaging consistent, which is really important for the public that doesn’t understand nutrition because it’s super confusing right now.”

‘It takes a village’
Other dietitians in the medical center advocate for nutrition by visiting local schools, community events and businesses to teach healthy eating habits.

“Our hope is that we educate one person, who educates or at least tries to influence changes in others—be it their family, co-workers or friends,” said Sharon Smalling, a clinical dietitian specialist at Memorial Hermann-Texas Medical Center, who coaches patients recovering from cardiac and pulmonary conditions. 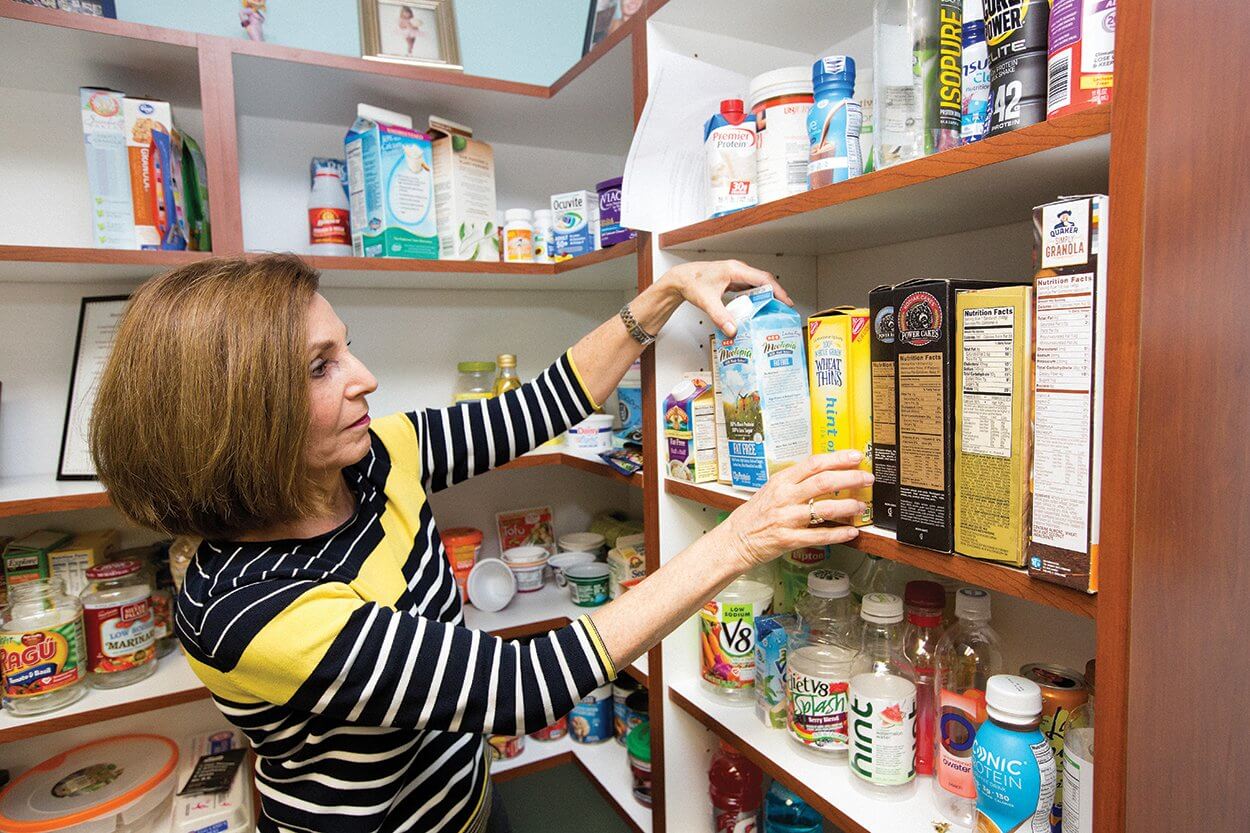 Ultimately, there is no one-size-fits-all solution to the obesity health crisis. With genetics, food deserts, food prices and time constraints contributing to the complex kaleidoscope of obesity issues, experts agree that “it takes a village,” Smalling said.

“To successfully combat obesity, it will take representatives from all entities affected by the obesity problem—insurers, health care professionals, educators, corporations large and small, and, yes, food companies, too—coming together to determine strategies that will work in many different circumstances to overcome barriers to healthier lifestyles and access to the assistance needed,” Smalling said.